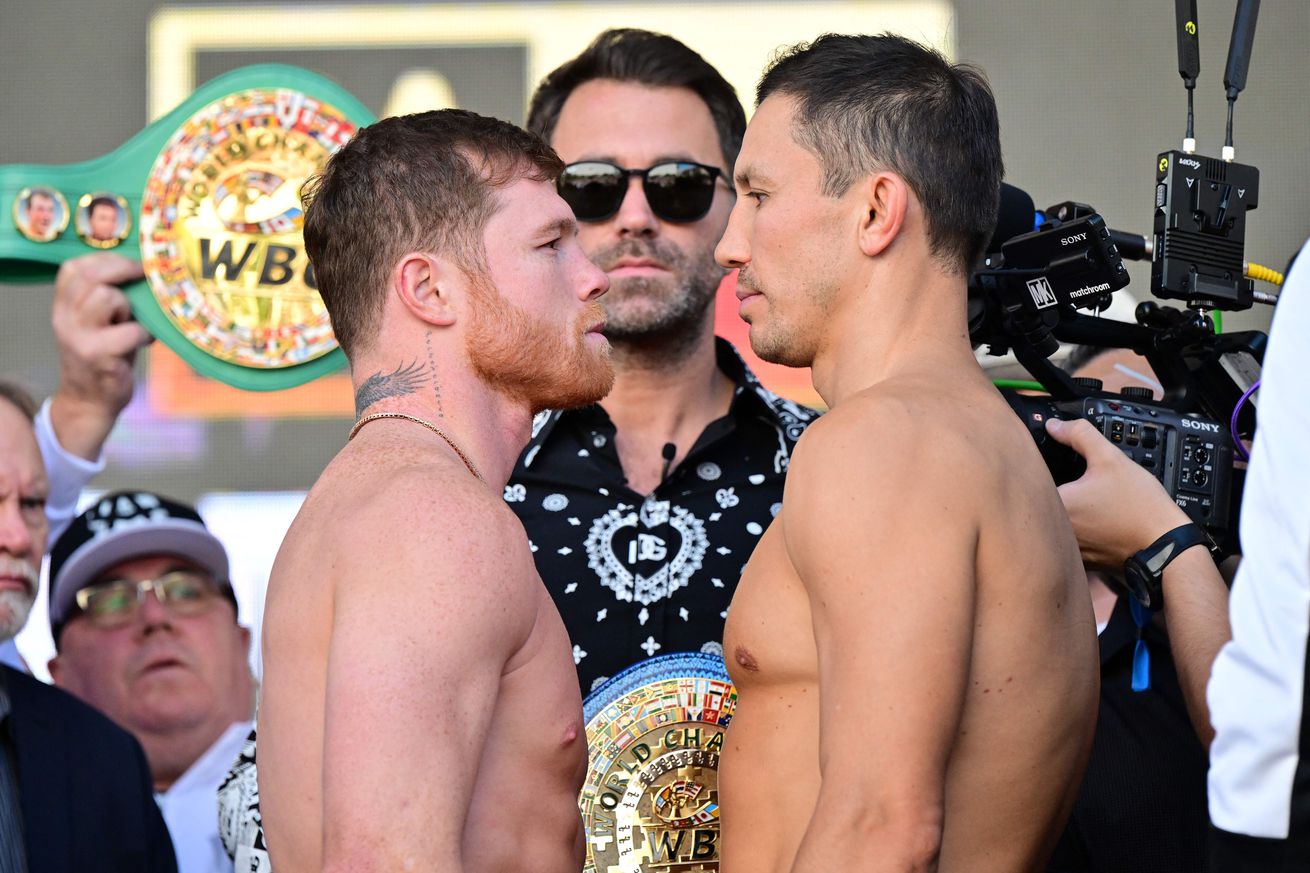 Canelo Alvarez and Gennadiy Golovkin are on point and ready to settle the score.

On the line in this fight is the status of undisputed super middleweight champion, with Canelo carrying the WBA, WBC, IBF, WBO, and The Ring titles. Golovkin is currently the WBA and IBF champion in the middleweight division.

Saturday’s PPV headliner is the third meeting between Canelo and Golovkin, with the series 1-0-1 in Canelo’s favor. The two battled to a controversial split draw in September 2017, then one year later fought in a rematch that Canelo won by a narrow majority decision. Their trilogy bout was announced this past May.

Since their second meeting, Golovkin is undefeated with four straight wins. Alvarez is coming off of a unanimous decision loss to WBA light heavyweight champion Dmitry Bivol this past May.

The Canelo vs. GGG 3 weigh-in results are below.