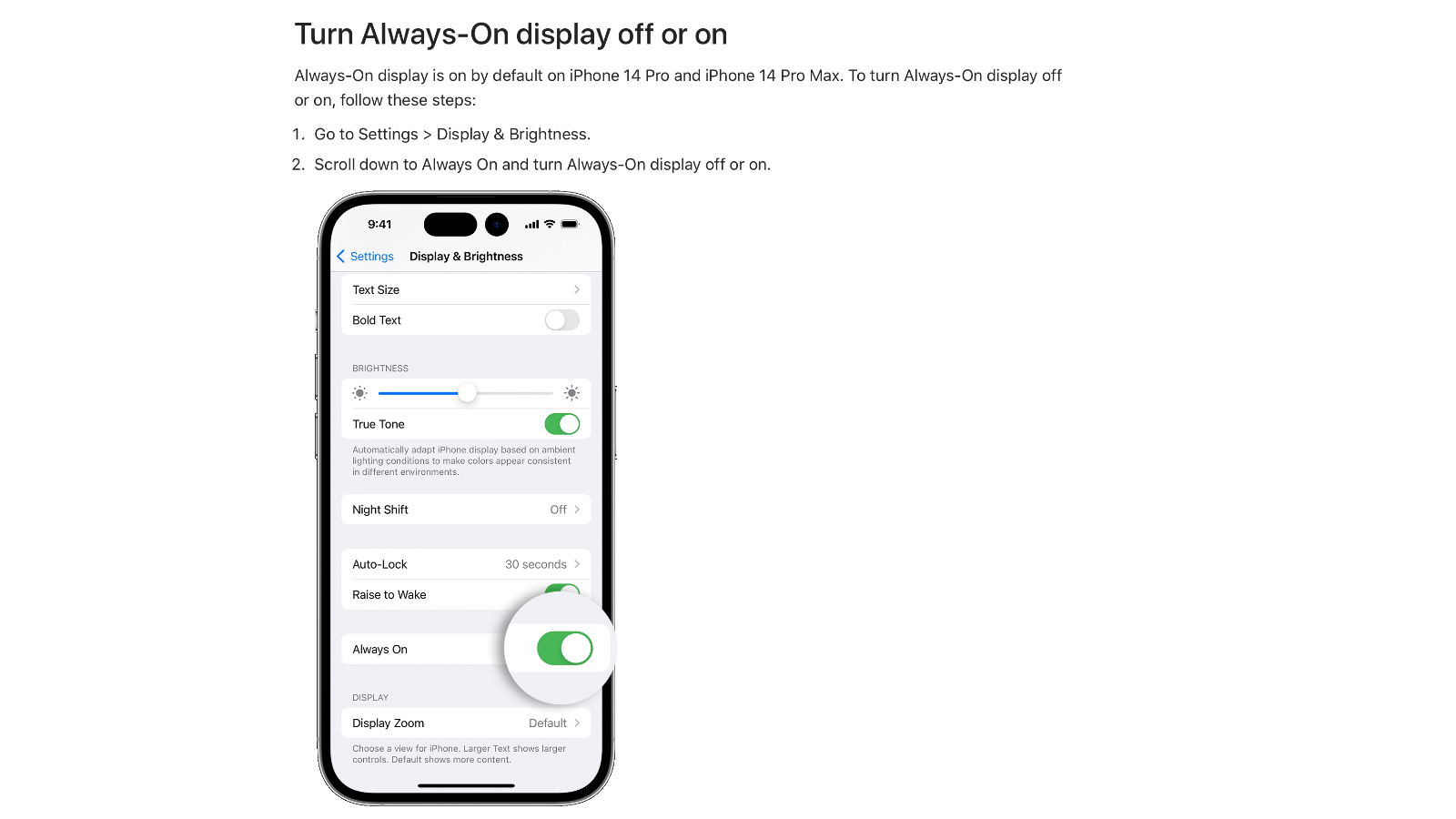 Apple is repeatedly depicting the iPhone 14 Pro‘s rumored “pill and hole-punch” display cutout design with no Dynamic Island, despite this not being an option on the device.

In a new support document titled “Use Always-On display with your iPhone 14 Pro or iPhone 14 Pro Max” that was published yesterday, Apple clearly shows the device’s two display cutouts with usable display area between them and no Dynamic Island. This is at least the third time that the design as been spotted coming out of official Apple sources.

Evidence of Apple explicitly using the rumored “pill and hole-punch” design was first spotted in the initial graphics that were posted on Apple’s website following its “Far out” event. Shortly after, Apple posted developer resources for the ‌iPhone 14 Pro‌ showing the display cutouts alone, before reuploading the resources correctly showing the Dynamic Island.

So Apple uploaded product bezels for developers… Originally they uploaded the dual punch hole cutout but immediately deleted it from the site. After a few minutes they updated it with the single pill shape. LOL pic.twitter.com/PktKMKoZ5v

The repeated error is curious given that there is currently no way to disable the Dynamic Island and allow content between the two display cutouts to appear normally. The graphics are also striking given that for much of the ‌iPhone 14 Pro‌’s rumor cycle, the device was expected to look exactly like this. Rumors of the Dynamic Island and the two display cutouts appearing as a single “pill” thanks to software enhancements only emerged a week before the Apple event.

iPhone 14 Pro concept render by Ian Zelbo from May 2022

The blunders could indicate that the Dynamic Island was intended to be an optional feature or was even a fairly late-stage decision in the ‌iPhone 14 Pro‌’s development. It seems most likely that due to the siloed nature of Apple’s internal structure, employees responsible for web design, developer resources, and support documents were unaware of the Dynamic Island until directly before the Apple event.

When information about the Dynamic Island solidified, it was assumed that prior rumors proclaiming a design with two visible display cutouts were derived simply from hardware leaks, with software still being heavily locked down. Apple’s repeated illustration of the rumored design suggests that the initial understanding of how the display cutouts would look may have been more official than previously thought.