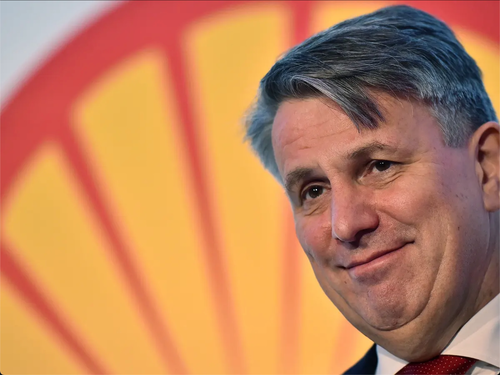 Shell CEO To Be Replaced By Renewables Boss

British energy giant Shell announced Thursday that CEO Ben van Beurden will step down at the end of 2022 and that his successor will be the company’s renewables director.

They picked Wael Sawan, Shell’s director of integrated gas, renewables, and energy solutions, to lead the company on Jan. 1.

“Sawan’s appointment last year as head of the group’s integrated gas and renewables business was viewed internally as a sign he was being groomed for the top job,” FT noted.

Mackenzie commented on Sawan’s appointment by saying he “is an exceptional leader, with all the qualities needed to drive Shell safely and profitably through its next phase of transition and growth.”

Sawan said: “I’m looking forward to channeling the pioneering spirit and passion of our incredible people to rise to the immense challenges, and grasp the opportunities presented by the energy transition.”

The outgoing CEO “can look back with great pride on an extraordinary 39-year Shell career,” Mackenzie said, adding, over the last decade, van Beurden “has been in the vanguard for the transition of Shell to a net-zero emissions energy business by 2050.”

Now, the dual Lebanese-Canadian national, Sawan, will accelerate Shell’s strategy to become a net-zero company by 2050. Shell is expected to continue generating cash from its legacy oil business but invest heavily “over time” into gas, chemicals, renewables, and selling power.

Biraj Borkhataria, head of oil and gas equity research at RBC Capital Markets, said Sawan was “respected” by the investors.

“The shift is likely to be more of a continuation than revolution of the strategy put in place by van Beurden,” Borkhataria said.

The news of the company’s renewables chief to lead the oil giant may be optically pleasing for green investors. However, the oil giant has been accused of corporate “greenwashing” and marketing itself as climate-friendly more than it is…