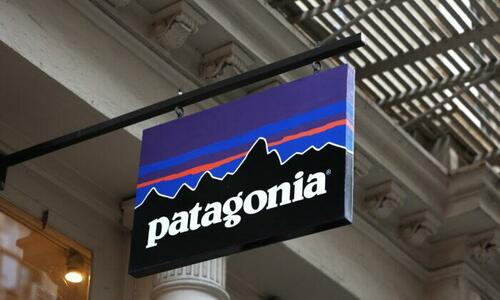 Authored by Katabella Roberts via The Epoch Times,

The billionaire founder of outdoor fashion retailer Patagonia has given the entire company away in an effort to help combat climate change, he announced on Wednesday.

Yvon Chouinard, 83, announced the move in a letter posted to the company’s website, entitled “Earth is now our only shareholder.”

The businessman stated that ownership of the company has been transferred to a trust, the Patagonia Purpose Trust, designed to protect the company’s values, as well as a nonprofit organization, the Holdfast Collective.

“The funding will come from Patagonia: Each year, the money we make after reinvesting in the business will be distributed as a dividend to help fight the crisis,” Chouinard said.

The California-headquartered firm was already donating 1 percent of its annual profits each year to grassroots environmental nonprofits, he said.

The company projects that it will pay out an annual dividend of about $100 million, although that depends on the health of the business.

Patagonia was founded in 1973 and is reportedly valued at about $3 billion, The New York Times reported. Chouinard’s net worth is estimated to be around $1.2 billion, according to Forbes, although he is no longer a billionaire.

Patagonia founder Yvon Chouinard speaks onstage during the Inaugural Tribeca X: A Day of Conversations Celebrating the Intersection of Entertainment and Advertising sponsored by PwC, at Spring Studios in New York City, on April 26, 2019. (Ben Gabbe/Getty Images for Tribeca X)

Chouinard said that he had weighed up selling the company and donating all of the money, but was concerned a new owner may not maintain Patagonia’s values or might give all of the company’s worldwide employees the boot.

The founder said he also toyed with taking the company public but noted that “even public companies with good intentions are under too much pressure to create short-term gain at the expense of long-term vitality and responsibility.”

“Instead of ‘going public,’ you could say we’re ‘going purpose.’ Instead of extracting value from nature and transforming it into wealth for investors, we’ll use the wealth Patagonia creates to protect the source of all wealth,” Chouinard wrote.

“Despite its immensity, the Earth’s resources are not infinite, and it’s clear we’ve exceeded its limits. But it’s also resilient. We can save our planet if we commit to it,” the businessman said of his decision.