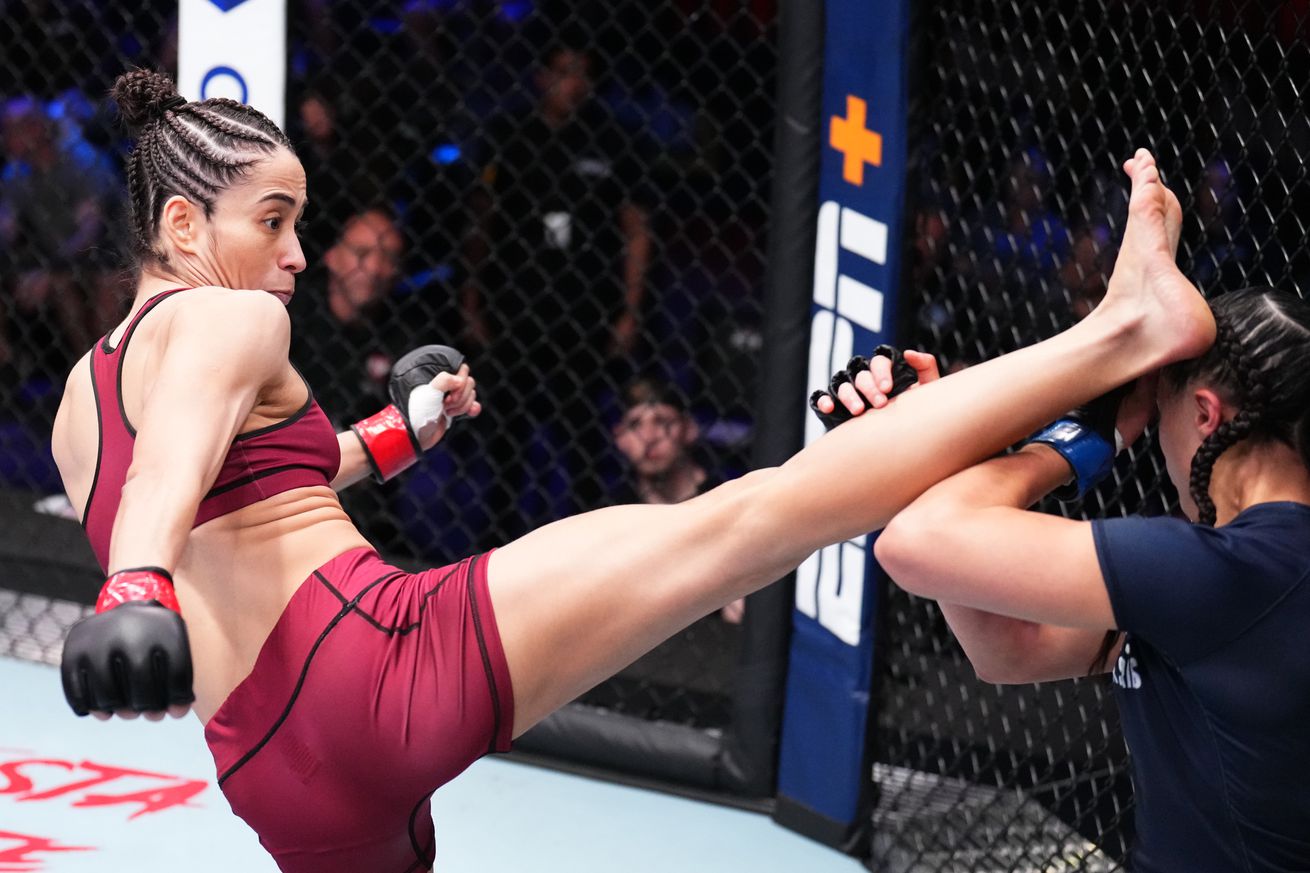 Bruna Brasil continued the trend of head-kick knockouts with a second-round stoppage of Marnic Mann at DWCS Season 6, Week 8.

Brasil landed a picture-perfect shot on the overmatched Mann at the 4:33 mark of the middle frame at UFC APEX in Las Vegas.

Check out the stoppage above, and additional angles below.

All the angles of that nasty knockout

[ #DWCS is LIVE on @ESPNPlus ] pic.twitter.com/jVDuhBkpcP

From the moment Mann took a front kick to the gut against the tall and long Brasil, she knew she needed to get the fight to the ground. She continued to try that approach for the remainder of her time in the octagon, pushing through Brasil’s strikes to clinch against the cage. Once there, however, her transitions left her open to reversals of position, and Brasil’s frame gave her perfect space to land more punishing knees to the body.

After reversing and recovering to her feet in the second, Brasil set up the finish with a jab and went high. Mann’s hands were out of position, and she crumpled when the shot landed.

It was Brasil’s third straight win and put her on the short list for a UFC contract, while Mann suffered her first pro loss after six fights.