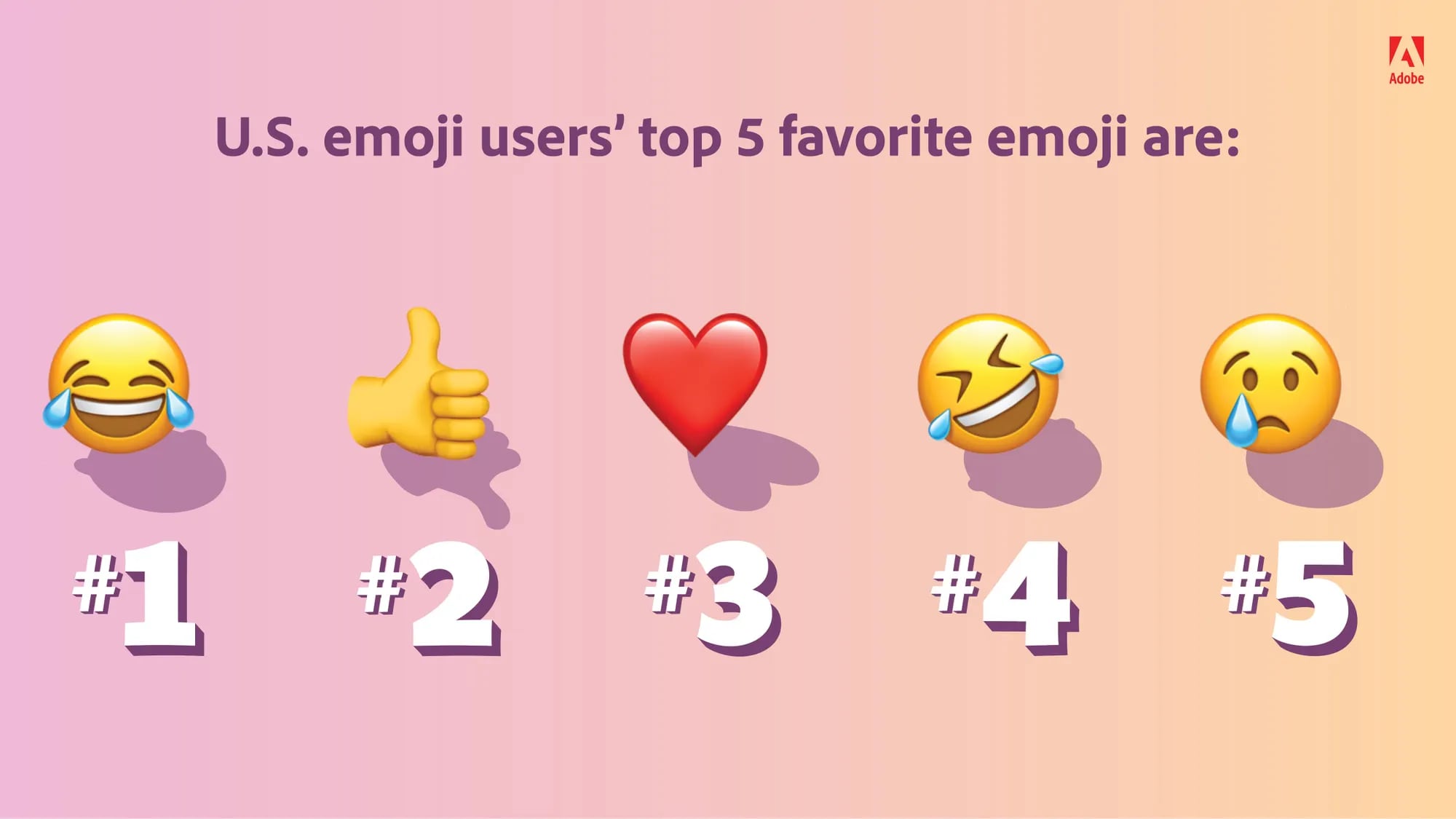 The top five favorite emoji in the United States include 😂 (face with tears of joy), 👍 (thumbs up), ❤️ (red heart), 🤣 (rolling on the floor laughing face), and 😢 (crying face), according to Adobe’s 2022 Emoji Trend Report.

Face with tears of joy, thumbs up, red heart, and crying face have been popular in past years, but rolling on the floor laughing face has supplanted 😘 (face blowing a kiss) in 2022. 🤣😂, 🥰😘, and 😘❤️ are the top three favorite emoji pairings.

💩 (pile of poo), 😠 (angry face), and 😳 (flushed face) are the emojis survey respondents least like to use, though as with favorites, results vary by state.

To find the most popular emoji in the United States, Adobe surveyed 5,000 emoji users, and 91 percent of respondents said they use emoji to “lighten the mood of a conversation.” 73 percent said that people who use emoji are “friendlier, funnier, and cooler” than those who don’t, and half of respondents said they’re more likely to respond to a message if it contains an emoji.

Among emoji users, 75 percent send at least 50 emoji in their online messages per day, and most emoji are sent via text messages.

Adobe’s full survey goes into detail on the most misunderstood emoji, emoji use in dating, emoji use across generations, and more, with the report available on the Adobe website.

This article, “Top Five Favorite Emoji in the United States Are 😂, 👍, ❤️, 🤣, and 😢” first appeared on MacRumors.com