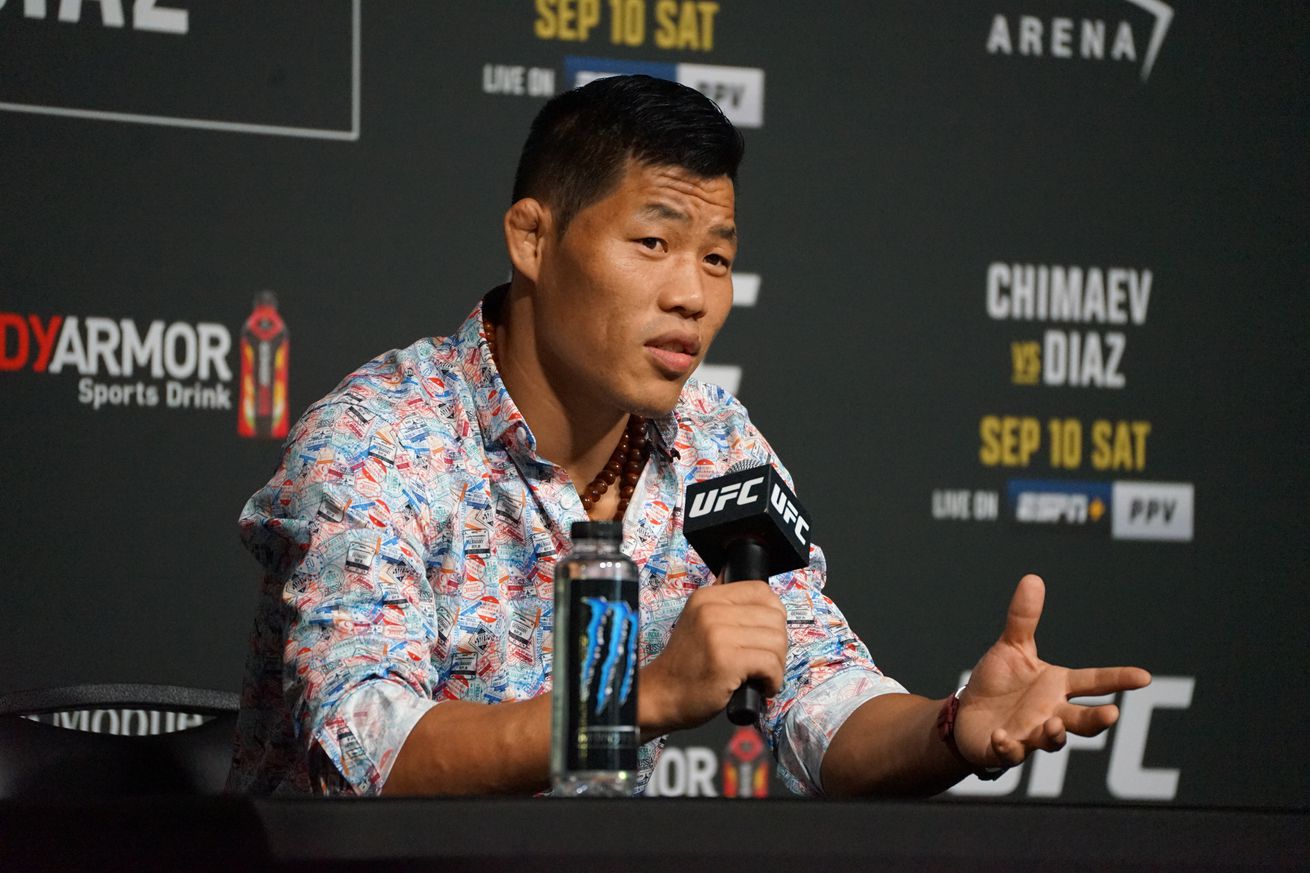 Li Jingliang had a front-row seat to the chaos that led to the cancellation of UFC 279’s pre-fight press conference.

The incident unfolded on the Thursday ahead of UFC 279 and involved Khamzat Chimaev, Kevin Holland, Nate Diaz, and members of their respective teams. UFC president Dana White said an altercation between Holland and Chimaev was the initial spark for the situation, which then erupted into a much larger fracas that forced White to cancel the press event “for everybody’s safety.” Clips have since trickled out of the melee, and on Monday’s episode of The MMA Hour, Jingliang gave his first-hand account of what he saw.

“So everybody was shocked. And then I just grabbed Khamzat, I held Khamzat and I separated them and I told Khamzat, ‘Not today. Not today, bro. Not today.’ So it’s complete chaos there. … Then everybody comes — the securities, even Dana [White]. We just separated these two, but they still [were getting into it with] each other.”

That wasn’t the end of the drama, though.

In an effort to calm things down, the UFC then audibled to splitting the six fighters into pairs and bringing them onstage two at time. Holland and Daniel Rodriguez went up first.

But then tensions boiled over backstage all over again.

“I can’t remember how many people, maybe 10 or more. And then he just [said] something to Khamzat, and then I saw a water bottle thrown by Nate to Khamzat.”

The resulting chaos between Diaz’s team and Chimaev proved to be the breaking point for the UFC, as White swiftly called the whole press conference off.

The Nevada Athletic Commission on Monday announced intentions to investigate the incident and potentially penalize anyone involved.

But the biggest victim of all? It may have been Jingliang, as the 34-year-old veteran didn’t get a chance to show off a flashy new suit that went viral as soon as photos went online.

“We only fight two or three times every year, and this I think was one of the biggest events in my career,” Jingliang said. “So of course I wanted to show my best to everybody. And that’s why I wore the suit.”