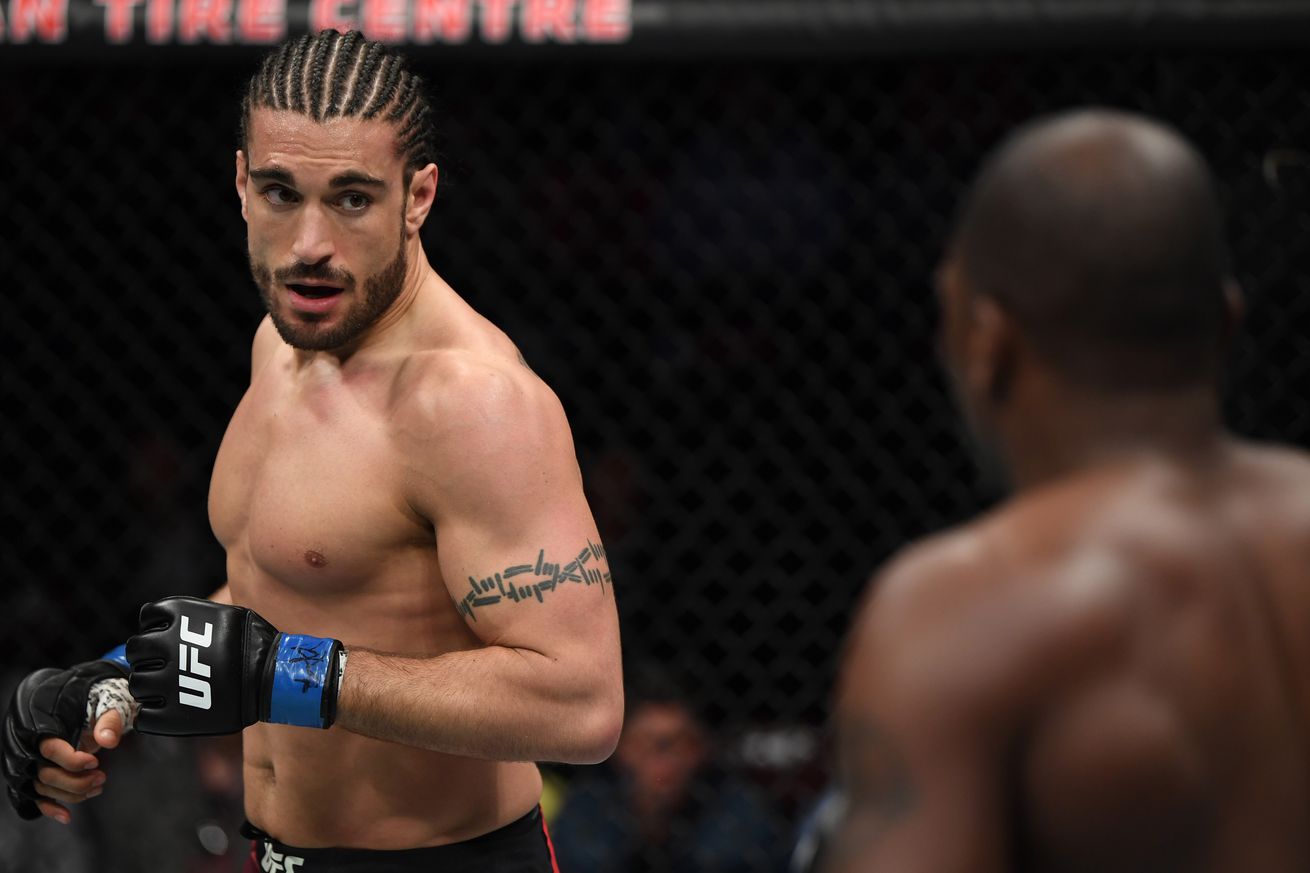 Bellator middleweight Aaron Jeffery knew his friend Elias Theodorou was dealing with health issues. But like much of the MMA world, he was shocked to hear his longtime teammate had died after a private battle with colon cancer.

“I don’t know if I’m in shock or disbelief, but I don’t know,” Jeffery said Monday on The MMA Hour. “It’s hard to take it in.”

The last time Jeffrey saw Theodorou, The Ultimate Fighter: Nations winner was consoling him after his loss on Dana White’s Contender Series. The two went to the MGM Grand buffet to celebrate Canadian Thanksgiving. He posted a picture of Theodorou eating pancakes and waffles “with, like, 20 cups of syrup in front of him, and drinking a beer at 11 in the morning.”

Wherever Theodorou showed up, Jeffery said, he brightened the room with a “bubbly” and “flamboyant” personality. From the time they met at Burlington Training Centre in Burlington, Ontario, Canada, Theodorou was always a supportive influence in Jeffery’s life, even if that support meant a swift kick to the ribs inside the cage. They were introduced by teammates who thought they looked alike, and the rest was history.

“He didn’t take himself too seriously, but at the same time, he had such a good work ethic,” Jeffery said. “Every time I saw him, he was grinding. … He brought good vibes wherever he was.

“He was kind of someone that I wanted to model my career after. He was a huge role model for me, because I was very new into the sport and he was winning ‘The Ultimate Fighter,’ and doing all this other s***, using his platform to do other things, and he was a very big role model for me.”

Now training in South Florida at Kill Cliff MMA, Jeffery wants the world to know how much Theodorou meant to him.

Jeffery said he hadn’t seen Theodorou this year; he’d heard his longtime training partner had complained of pain this past October and was going in for medical tests at the start of this year. Theodorou sent several messages in recent months, however, indicating the former UFC fighter was trying to make some kind of connection. Yet they also revealed the sense of privacy Theodorou carried with his good-natured personality. When he responded, his messages went unread.

Now, Jeffery can only guess why his friend chose not to reveal the extent of his illness. The lack of information he received could have been Theodorou’s way of protecting the people closest to him.

“A couple of his coaches, Chad and Gavin, and I guess they didn’t even have the full story,” Jeffery said. “Elias’ parent had to fill him in here and there. … That’s just who he is. He’s such a bubbly guy, a free spirit, happy, good vibes all the time, maybe he didn’t want to bring people down. Maybe he didn’t want anyone to feel sorry for him, or see him in the state that he was. I would guess somewhere along those lines.”

Theodorou was known to MMA fans for his TUF win, his outspoken advocacy for medical marijuana and campaign to receive a therapeutic-use exemption for the plant while struggling with bilateral neuropathy, his stint as a “ring card boy” in the all-female Invicta FC.

Jeffrey remembers Theodorou as much more than that: An ally who gave him more beatings than anyone else in the gym; a fighter who was selfless as he was tough; and a tireless worker outside the gym.

Friends are putting together a memorial for Theodorou, Jeffery said (information on the gathering can be seen below). Jeffery is working in the gym to keep his mind off the pain. It’s not any kind of motivation he would ask for, but he believes his fallen friend would approve.

“I know if Elias had anything to say about it, he would be happy I’m down here grinding with these guys and getting in some hard work,” Jeffery said.