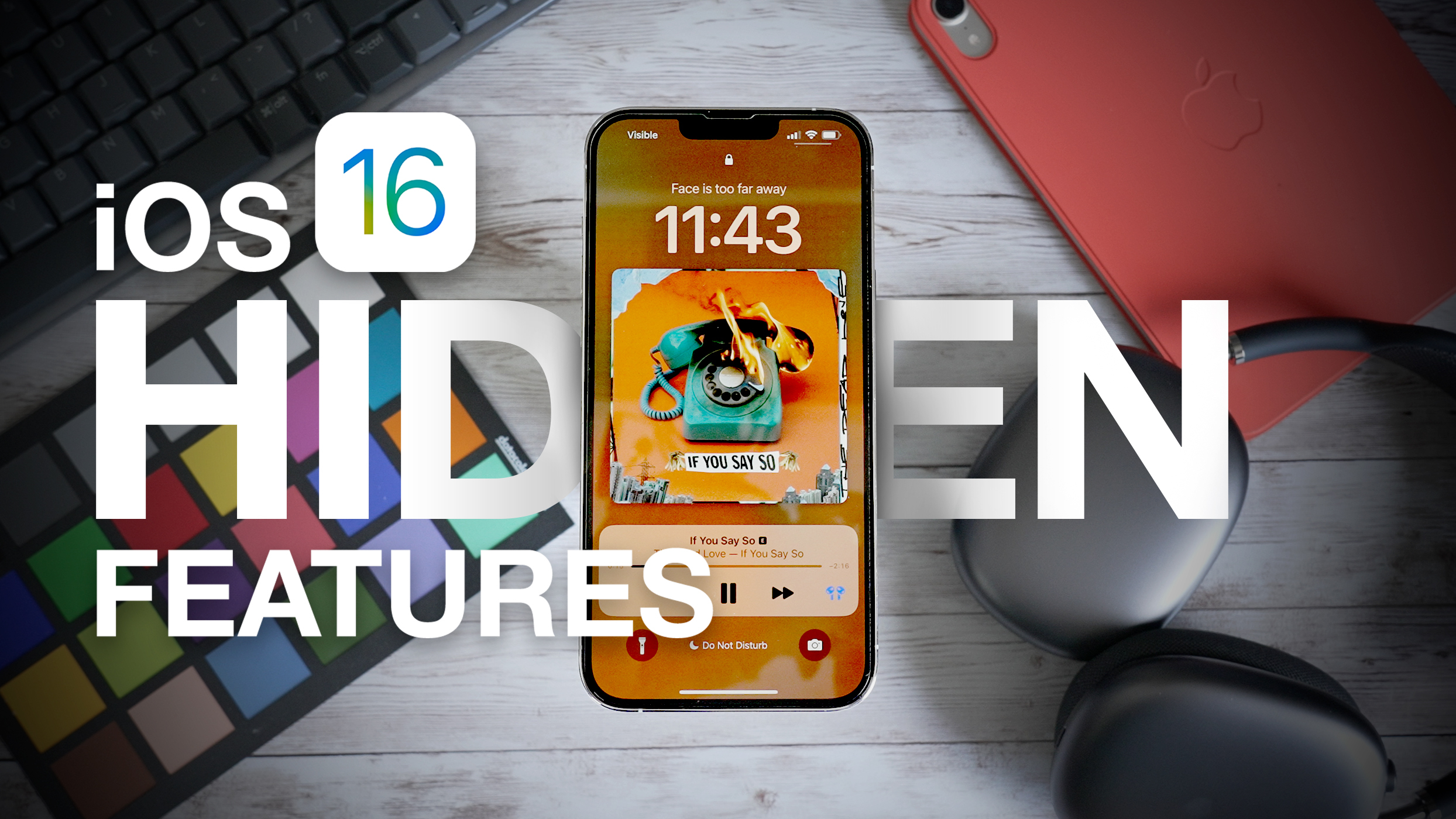 Apple this week released iOS 16, the latest version of iOS with a new customizable Lock Screen, major new additions to Messages, and enhancements to Mail, Maps, and more.

Other than the headlining features, there are a number of quality-of-life changes, improvements, and new capabilities baked into ‌iOS 16‌ that help improve the iPhone experience. We’ve listed 16 hidden features and changes from ‌iOS 16‌ that you may not have known about below.

Get Rid of Duplicate Photos – The ‌iOS 16‌ Photos app can let you know if you have multiple identical photos, giving you the opportunity to delete the extras to save space. Duplicate photos are listed in a new “Duplicates” album that appears if you have duplicates to deal with.

AirPods Updates – It’s simpler to manage AirPods settings in ‌iOS 16‌ with a dedicated section that pops up in the Settings app when AirPods are connected. ‌iOS 16‌ also adds a Personalized Spatial Audio feature that uses the TrueDepth camera to scan your ears, providing a unique listening experience tuned just to you.

Face ID in Landscape Mode – ‌iPhone‌ models running ‌iOS 16‌ support Face ID in landscape mode, making it easier to unlock the ‌iPhone‌ when it’s not held in the standard portrait orientation. The feature is limited to the iPhone 13 and later.

Hidden and Deleted Photo Protection – In ‌iOS 16‌, you need to authenticate with Face ID or Touch ID before the Hidden and Recently Deleted photo albums can be accessed. This essentially locks these albums from view should someone gain access to your phone while it’s otherwise unlocked.

Haptic Feedback for Keyboard – There’s a keyboard setting in ‌iOS 16‌ that lets you enable haptic feedback that can be felt when you’re typing. The vibrations are for each key tap, offering users a physical confirmation that a letter has been tapped.

Ability to Delete Find My, Clock, and Health – With iOS 14, Apple allowed users to offload some of the apps that come pre-installed on the ‌iPhone‌. With ‌iOS 16‌, Apple is expanding the number of apps you can delete from your phone, which now includes Find My, Clock, and Health. Deleted apps can be redownloaded from the App Store later if needed.

Built-In Currency Converison – Thanks to new features in Live Text, iOS now includes built-in currency conversion within the Camera and ‌Photos‌ apps. Simply hold your ‌iPhone‌ camera up to a price tag, wait for the Live Text icon to appear, tap and hold on the price, and select “Convert.” Live Text also supports translation and measurement conversion.

Use Siri to Hang Up a Call – A new settings in ‌iOS 16‌ lets users use Siri to hang up an active call. By heading into Settings > Accessibility > ‌Siri‌ and activating Call Hangup, users can now say “Hey ‌Siri‌, hang up the call” to end an active call. Note that the other person/people on the call will hear your request to ‌Siri‌ before being hung up on.

Prevent Accidental Call Hangups – Users on ‌iOS 16‌ will now have the ability to disable the side button from ending an active call. In prior versions of iOS, pressing the side button and locking the ‌iPhone‌ while in a call would instantly end it. In ‌iOS 16‌, Apple allows users to disable that to prevent accidents by going into Settings > Accessibility> Touch and toggling on “Prevent Lock to End Call.”

Sorting Options for Playlists – In Apple Music on ‌iOS 16‌, users will now have the ability to sort playlists by title, artist, album, and release date. The new sorting option can be found by pressing the three dots in the upper right-hand corner when viewing a playlist.

Full-Screen Music Player – One major but possibly lesser-known feature of ‌iOS 16‌ is that Apple is bringing back the full-screen Lock Screen music player. When listening to a song from ‌Apple Music‌, Spotify, or other third-party music apps, press on the album art on the Lock Screen from Now Playing to enter the all-new player look. Tap the full-screen album art to minimize Now Playing.

New Warning While Charging – On ‌iOS 16‌, if your ‌iPhone‌ is warm, you’ll get a new notification letting you know that charging will be paused until your ‌iPhone‌’s temperature cools down. This is done in order to prevent possible long-term damage to your ‌iPhone‌’s battery.

For the ultimate walkthrough of everything new in ‌iOS 16‌, see our comprehensive roundup.

This article, “16 Hidden iOS 16 Features You Didn’t Know About” first appeared on MacRumors.com