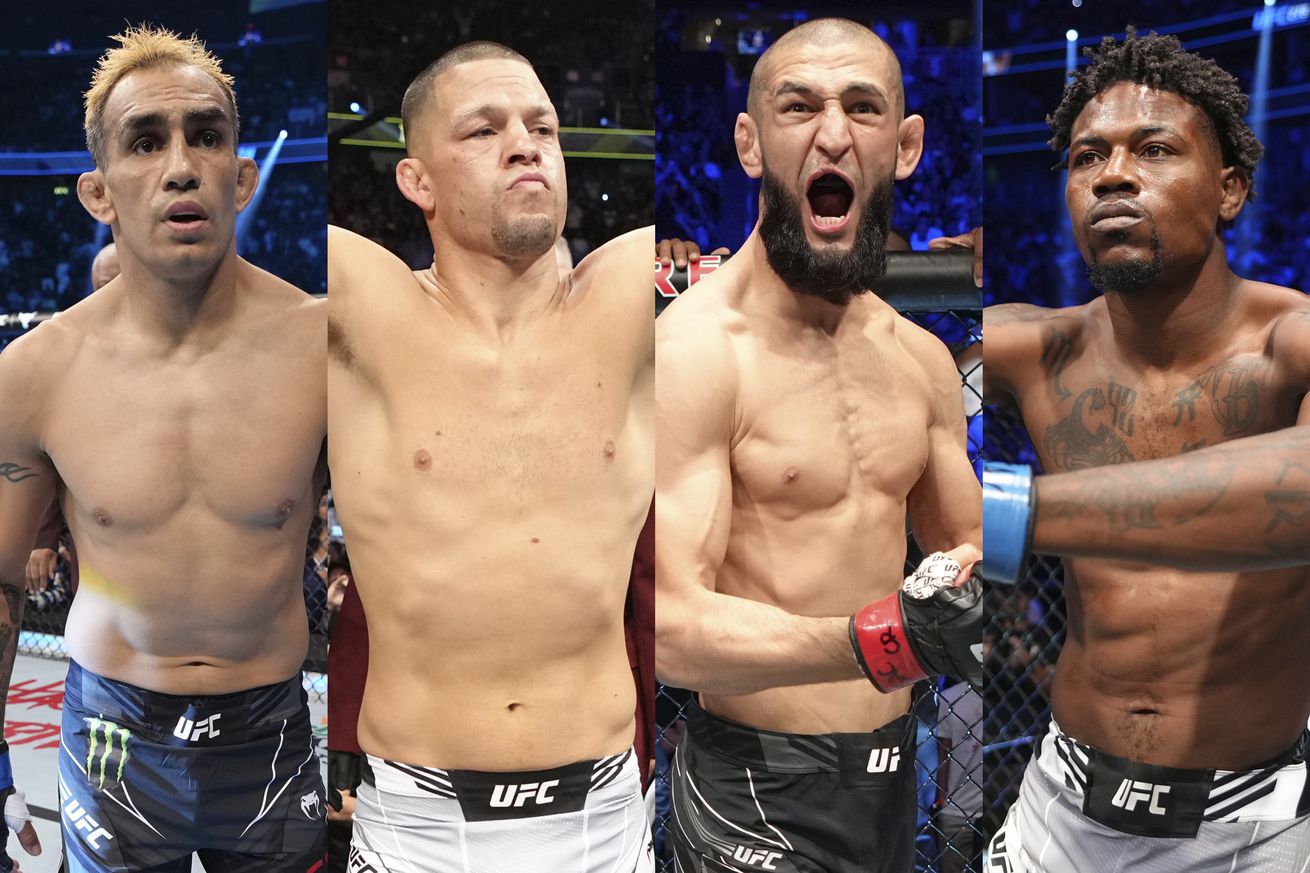 Nate Diaz ended his UFC contract with his head held high, and with a Performance of the Night earning submission win in the main event of UFC 279. But was that the final time the popular competitor competes inside the octagon?

On an all-new edition of On To the Next One, MMA Fighting’s Mike Heck and Alexander K. Lee discuss what is next for Diaz and Tony Ferguson following their welterweight headliner at UFC 279 to cap off one of the craziest fight weeks of all-time. Additionally, future matchups are discussed for Khamzat Chimaev after his terrifying performance in the co-main event, Chimaev’s opponent Kevin Holland, Daniel Rodriguez and Li Jingliang following their competitive featured bout, Irene Aldana and Johnny Walker after getting finishes to kick off the main card, and more.

If you missed the live stream, you can still watch the video above, or an audio-only version of the show can be found below, on Apple Podcasts, Google Podcasts, Spotify, Stitcher, and wherever you find your favorite podcasts.