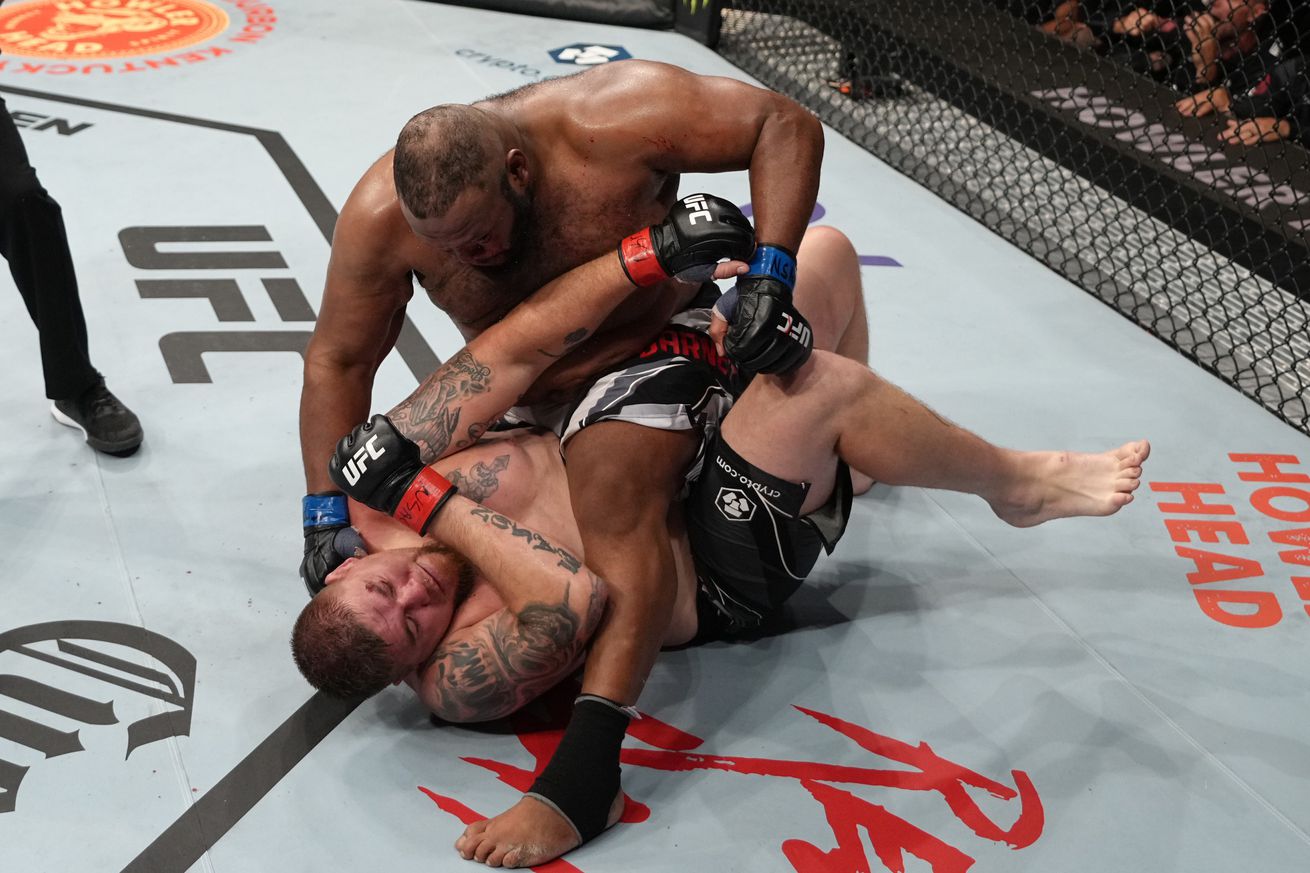 Chris Barnett might have stolen the whole show at UFC 279.

The veteran heavyweight pulled off one of the most unbelievable comebacks of the year, surviving an early onslaught from opponent Jake Collier (13-8) and returning fire in a wild second round before scoring a TKO victory.

It looked like Barnett (23-8) was done for in the opening round of his preliminary bout with Collier, as Collier got the better of the striking before threatening to finish with ground-and-pound and a rear-naked choke. Barnett somehow made it through the opening five minutes, though the damage on his face was obvious as it appeared that he had suffered injuries to his eye and jaw. However, following an examination by a ringside physician between rounds, Barnett was allowed to continue.

He didn’t waste the opportunity, coming out firing with haymakers in Round 2. When the fight made its way to the ground, Barnett fired heavy punches from Collier’s back that forced Collier to turn over into mount. Barnett continued to rain down strikes until referee Mark Smith stepped in for the stoppage at the 2:24 mark of Round 2.

Barnett improved to 2-2 in the UFC, bouncing back from a recent unanimous decision loss to Martin Buday. Collier sees his UFC heavyweight record drop to 2-4.

Get @BeastBoy61 a mic and just let the man speak #UFC279 pic.twitter.com/rBpZbVBwOS

Who has more fun than @BeastBoy61? pic.twitter.com/uP5783zB1I