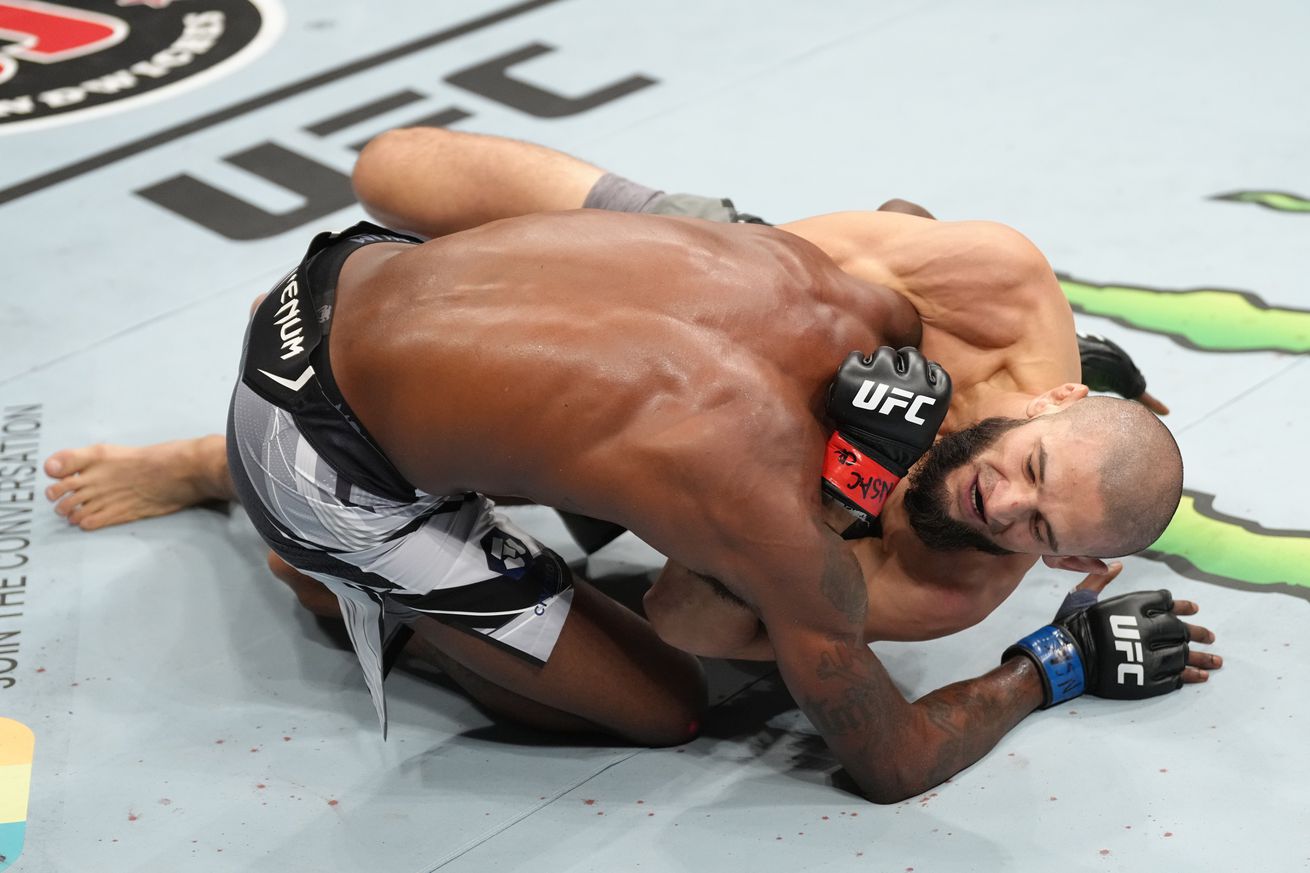 Khamzat Chimaev failed to make weight on Friday, which forced a change to the main event at UFC 279, but he still earned a decisive victory with a lightning quick submission to finish Kevin Holland in the first round.

The fight had barely started when Chimaev secured a takedown and immediately began looking for openings to wrap up a finish. While Holland did an admirable job to stay out of trouble in the first few exchanges on the ground, Chimaev was relentless with his attacks.

Eventually, Chimaev latched onto a D’arce choke submission and after tightening his grip, Holland had no choice but to tap out to end the fight.

The stoppage came at just 2:13 in the opening round.

“What now? Say something?” Chimaev said in defiance while the Las Vegas crowd showered him with boos.

“I’m the most dangerous guy here. I’m coming for everyone. I kill everyone. I’m going to go through everybody. Nobody can stop me. If I die, I’ll die in the cage. I never leave the cage. It’s my home.

It took less than a second for Chimaev to rush forward and snatch a takedown as he grabbed onto Holland and brought him crashing down to the canvas. Holland was quick to scramble in an attempt to break free of Chimaev’s grasp as the fighters continued to battle for position.

Holland was trying anything to roll out of Chimaev’s takedowns but the Chechen wrestler refused to let go until he finally found an opening to wrap his arms around the head and neck.

A second later, Chimaev locked up the D’arce choke as Holland tried to roll free but each attempt just put him in more danger. Eventually, Chimaev wrapped up Holland’s leg to prevent him slipping away, which led to the tap to stop the fight.

Afterwards, Chimaev told UFC color commentator Joe Rogan that it was under a doctor’s orders that he was forced to stop cutting weight or he’s confident he could have made the welterweight limit. Regardless, Chimaev promised that he’s going to make a return to 170 pounds with plans to also conquer the middleweight division as well.

“I’m going for both weight classes,” Chimaev said. “We’ll go for both belts.”