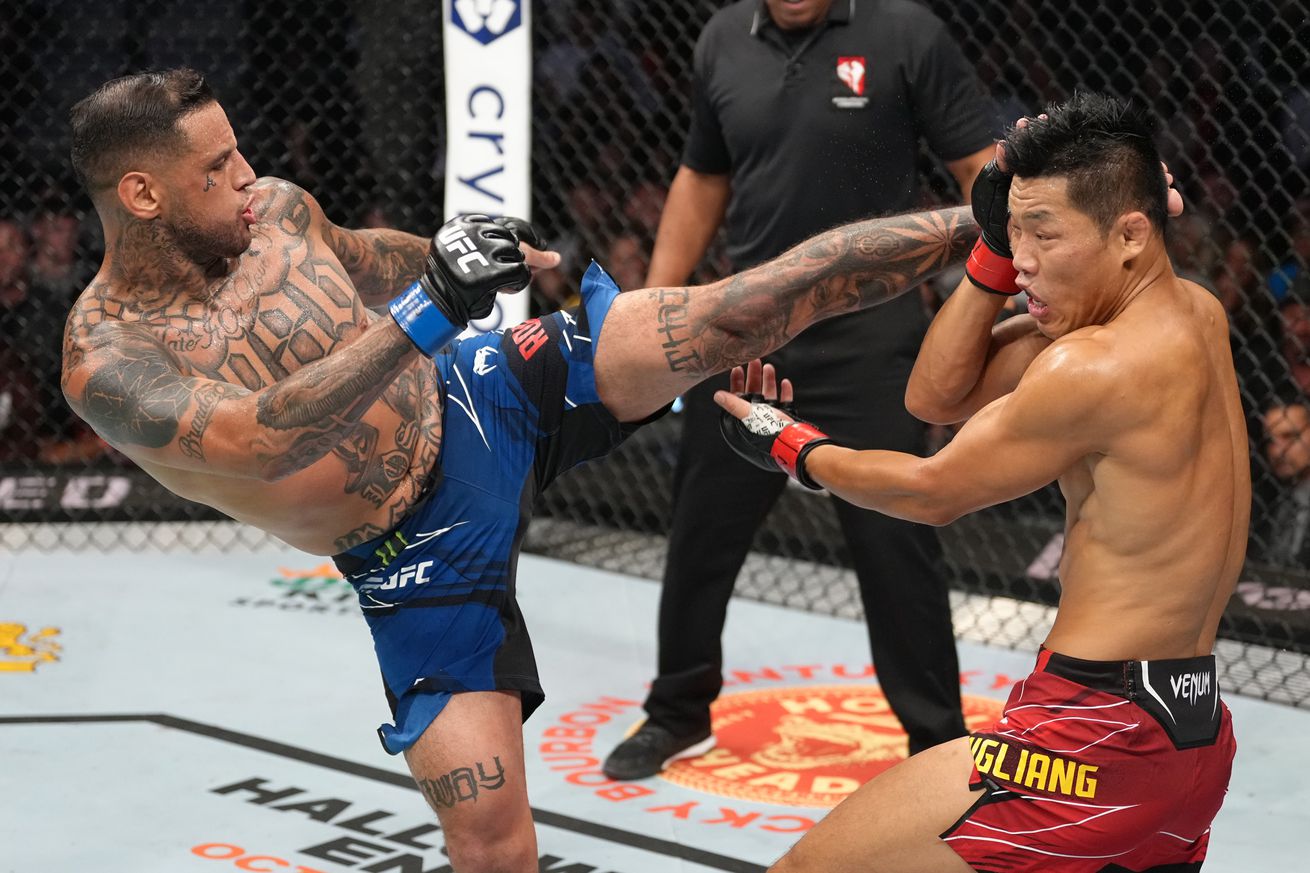 Daniel Rodriguez picked up a hard-fought split decision win over Li Jingliang in a back-and-forth striking battle on the UFC 279 main card.

The fight actually came together just 24 hours ago after multiple changes to the event but Rodriguez was determined to get a win following a year long layoff due to injury. While almost every exchange on the feet was close, Rodriguez was able to edge out the victory with two judges giving him 29-28 scores with Li getting a 29-28 scorecard of his own.

That was still enough for Rodriguez to get the nod as he secures his fourth win in a row overall in the 180-pound catchweight fight.

“This is my second fight taken on 24 hours’ notice,” Rodriguez said. “In a situation like that, there really is no preparation. Going into the last round, I felt like I definitely had to push the pace [to get the win].”

Despite the lengthy layoff, Rodriguez didn’t seem to have any ring rust as he got right in Li’s face with strong boxing combinations while also mixing in a couple of hard kicks to the body. Undeterred by the aggressive start from Rodriguez, Li looked to set up his counters as he also started landing with several thudding body shots.

While Rodriguez was loading up on his punches, Li appeared to be the quicker fighter as he looked to fire back with multiple strikes in succession. Li then began planting his lead leg to really unload the right hand, which came at Rodriguez from different angles with a lot of pop each and every time.

Rodriguez came back with a well-timed jab of his own while doing an effective job to stay away from Li’s biggest haymakers.

As the second round was coming to a close, Li was really starting to find a home for his biggest punches with Rodriguez trying to stave off the attacks.

With both fighters exerting significant power, Li and Rodriguez were cautious not to overextend in many of the combinations, although there were still strikes landing. Still, the crowd in Las Vegas was growing a little restless as the fight made it to the final horn.

Thanks to so many close exchanges on the feet, the fight ended up as a split decision but Rodriguez will be the one leaving UFC 279 with the victory while Li continues his streak bouncing back and forth between wins and losses over his last five fights.