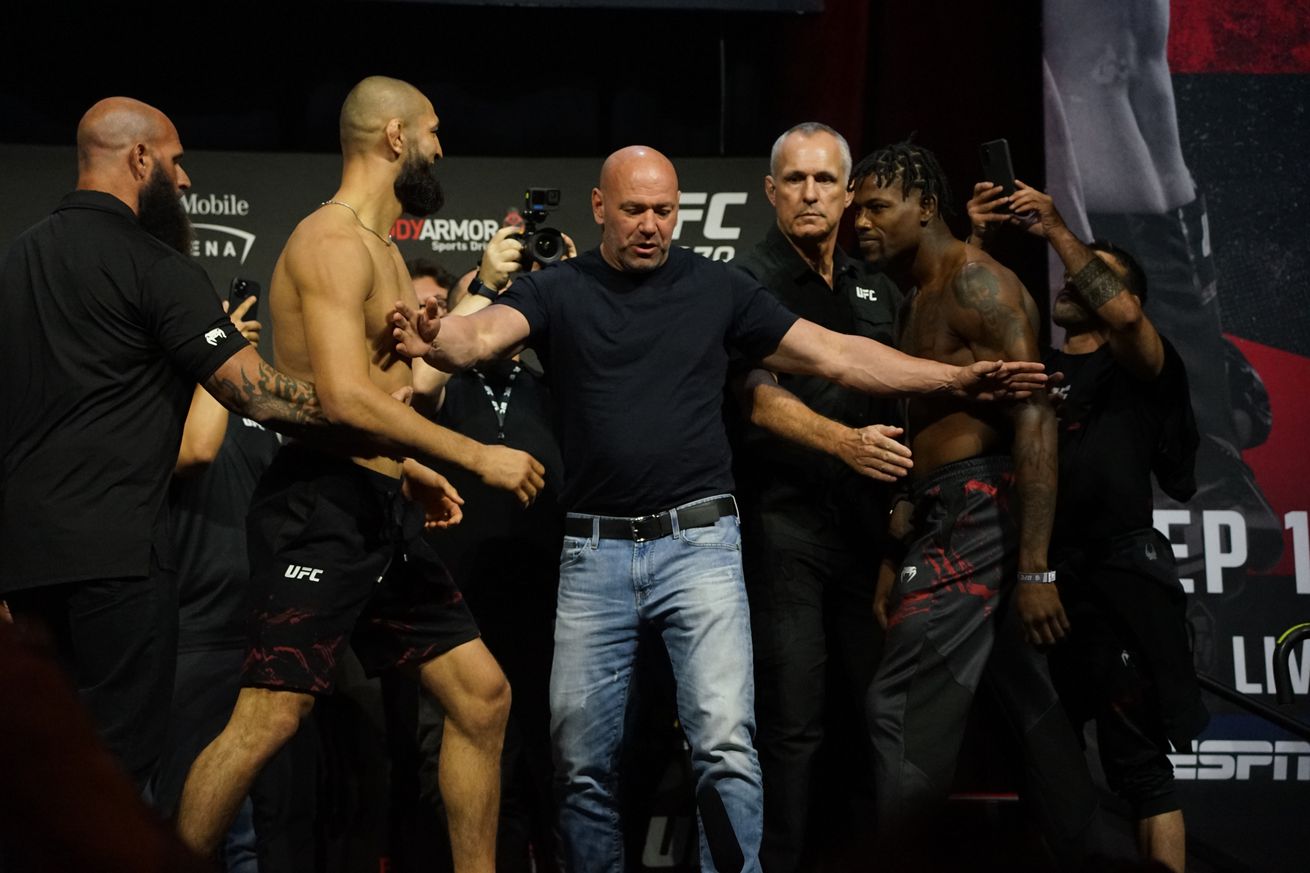 Khamzat Chimaev and Kevin Holland will square off in the UFC 279 co-main event Saturday. Photo by Amy Kaplan/Icon Sportswire via Getty Images

This is the UFC 279 live blog for Khamzat Chimaev vs. Kevin Holland, the 180-pound catchweight co-main event fight in Las Vegas on Saturday.

“Borz” hasn’t tasted defeat in his pro career, winning all 11 of his pro bouts including his first five UFC fights. None of Chimaev’s first four opponents made it past the second round, but he faced a stiff test in his most recent bout against Gilbert Burns at UFC 273. The two threw down in one of the year’s best fights and Chimaev walked out with a unanimous decision win over the one-time UFC welterweight title challenger.

After angling for a bout with Chimaev since 2021, Holland gets his wish. The former middleweight is 2-0 since moving to welterweight, with back-to-back second-round finishes of veterans Tim Means and Alex Oliveira. At 185 pounds, Holland picked up notable wins over Ronaldo Souza, Joaquin Buckley, and Gerald Meerschaert.

Check out the UFC 279 live blog below.