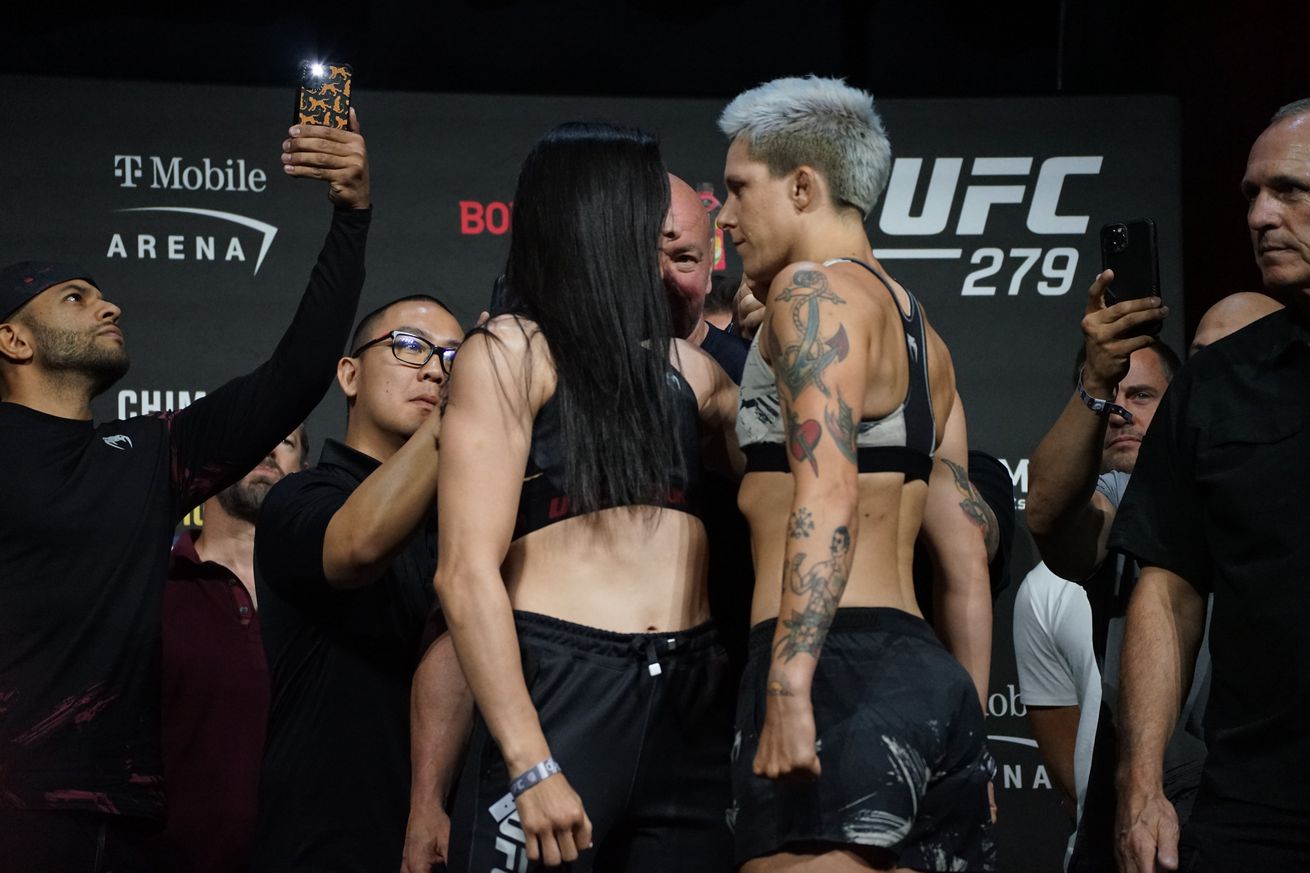 This is the UFC 279 live blog for Irene Aldana vs. Macy Chiasson, the 140-pound catchweight main card fight in Las Vegas on Saturday.

Aldana returns to competition for the first time since July 2021 after having a couple of key bouts fall through. The No. 5 bantamweight in MMA Fighting’s Global Rankings missed out on a potential No. 1 contender’s bout against Germaine de Randamie at UFC 268 when de Randamie withdrew due to injury. She was then forced out of a bout against Aspen Ladd at UFC 273 due to an injury of her own. She has won three of her past four fights.

Chiasson (T10) defeated Norma Dumont by split decision in her most recent outing at UFC 274 and also finds herself in a 3-1 stretch. She won The Ultimate Fighter 28 as a featherweight in 2018 and has scored victories at both 135 and 145 pounds.

It was announced at Friday’s official weigh-ins that this bout would be changed from a 135-pound bout to a 140-pound catchweight bout.

Check out the UFC 279 live blog below.