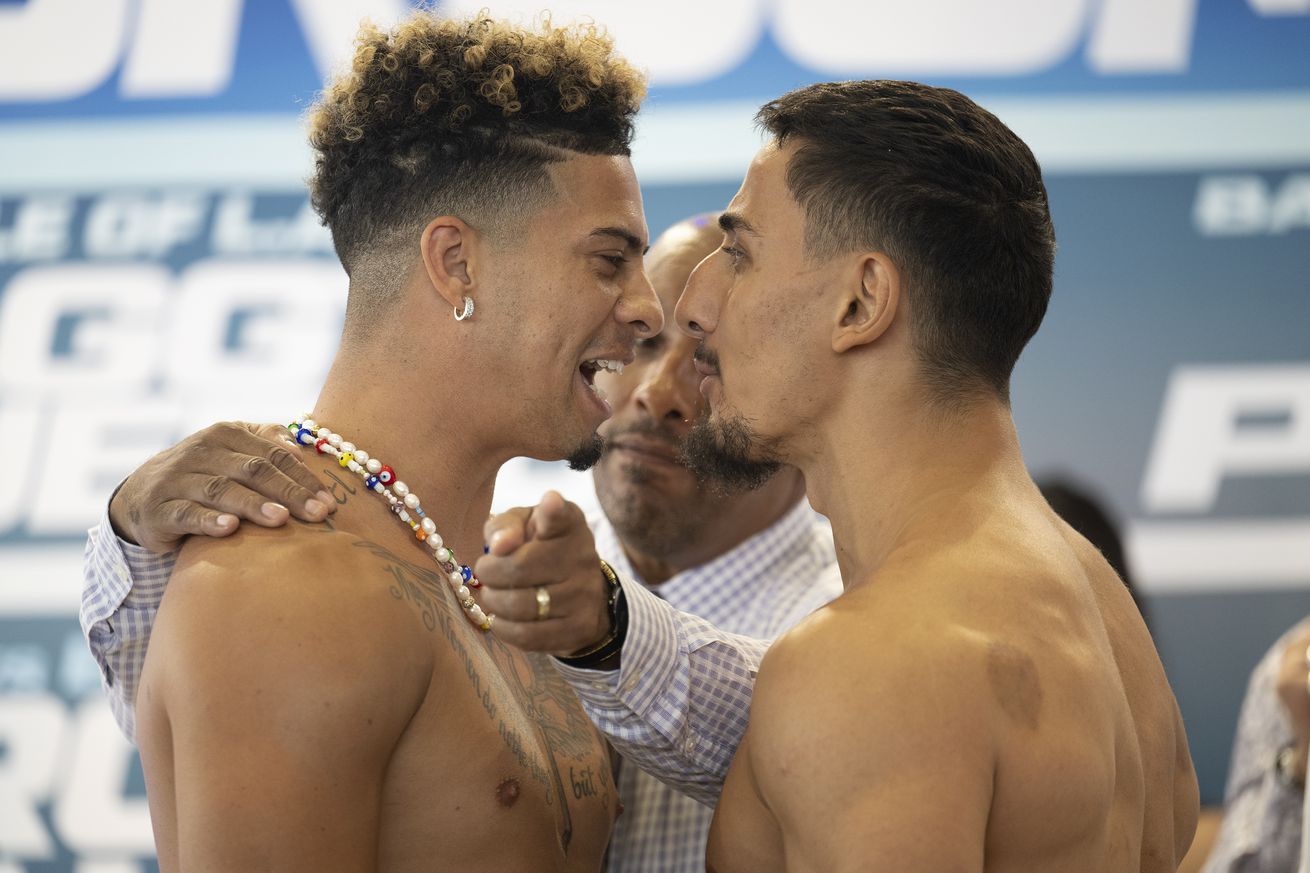 This is the Social Gloves 2 live blog for the Austin McBroom vs. AnEnson Gib boxing match taking place at Bank of America Stadium in Los Angeles on Saturday.

This grudge match has its genesis in the 2021 YouTubers vs. TikTokers event that was headlined by McBroom knocking out TikTok star Bryce Hall. In the co-main event that evening, Gib faced Tayler Holder in a bout that was controversially declared a majority draw, despite scores of 49-46, 49-46, and 50-46. That decision was later corrected to a unanimous decision win for Gib, with the whole incident being put down to “human error,” but Gib put the issue down to McBroom and politics and thus a beef was born.

The two influencers were originally scheduled to face each other in July but the event was postponed when Gib suffered a head injury and was denied a license to compete. In the aftermath, McBroom has continued to poke at Gib, suggesting the delay because Gib was either scared or needed more time to pass drug testing. Now the two influencers will finally settle their feud.

Check out the McBroom vs. Gib live blog below.