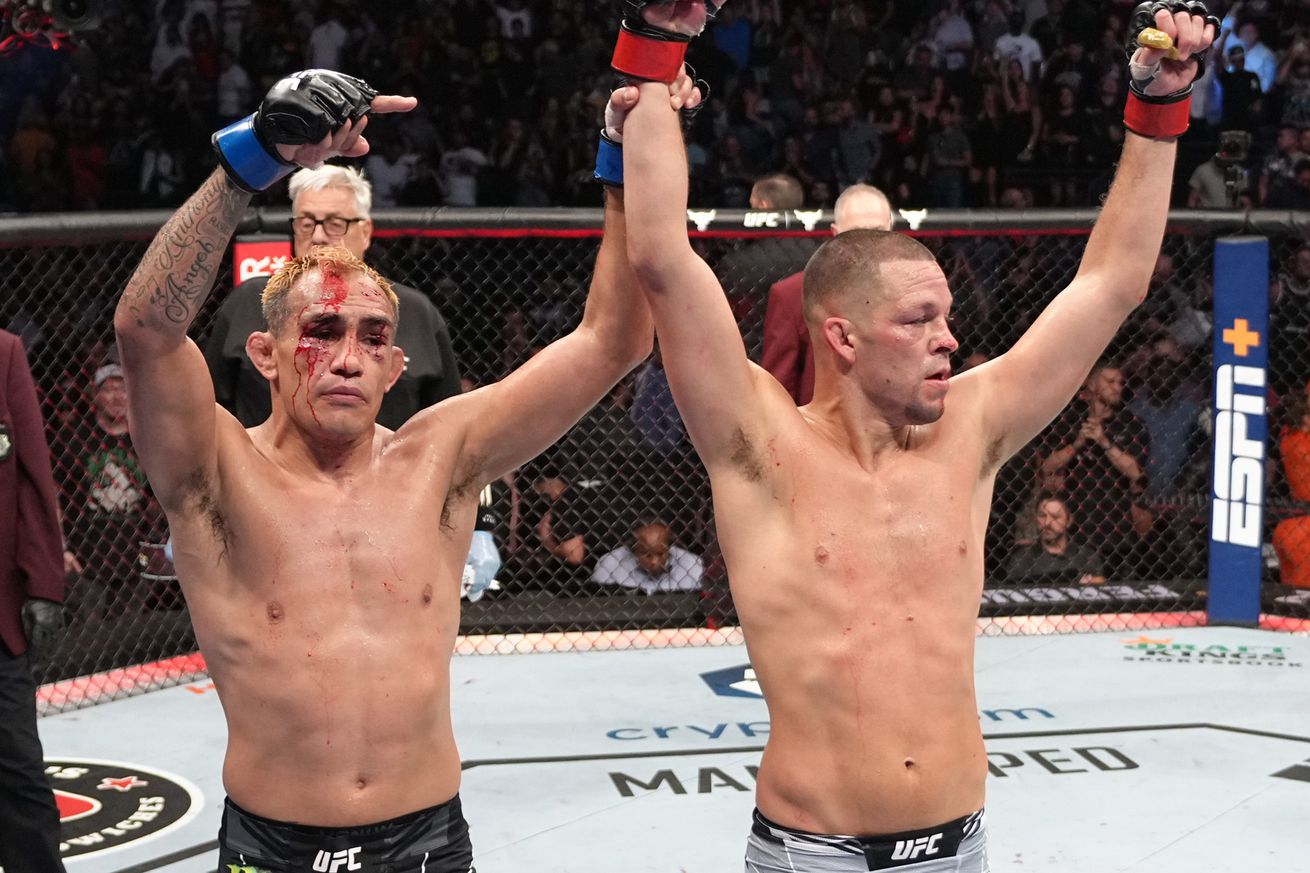 Nate Diaz closed out his UFC contract in vintage form, submitting Tony Ferguson with a guillotine choke in deep waters at UFC 279.

It was about the best possible ending for the Stockton, Calif., star, who was expected to be cannon fodder to Khamzat Chimaev before a huge weight miss sent chess pieces flying at the top of UFC 279’s card. Instead, he got former interim lightweight champ Tony Ferguson, and the two went at each other before things got weird in the third round.

Diaz, as usual, threw the crowd a few curveballs, having a running conversation with his cageside audience. Eventually, he got down to business and started turning up the tempo on Ferguson. As with many a Diaz opponents before him, Ferguson shot for a takedown in desperation and found his neck cinched in a guillotine from which he couldn’t escape.

And with that, Diaz started a new chapter in his completely unique combat sports career. Here’s what fighters had to say about the UFC 279 headliner between Nate Diaz and Tony Ferguson.

Nate Diaz is officially out of his UFC contract.

Keep Nate in the UFC

Nate Diaz with the win walking off into the sunset…
What @ufc career.

I love the respect between these guys #ufc279

What a way to go out if this is really it. Nate Diaz is a legend of the fight game! #UFC279

Nate had the best week of events , UFC contract ends as he wanted, stock rises . On to the next venture ! #UFC279

Joe Rogan got a little violated there

I was Triple ZERO when Nate Diaz made his UFC debut (June 2007). Didn’t even win my gold medal yet. That’s how long Nate Diaz has been a legend of the fight game! @NateDiaz209