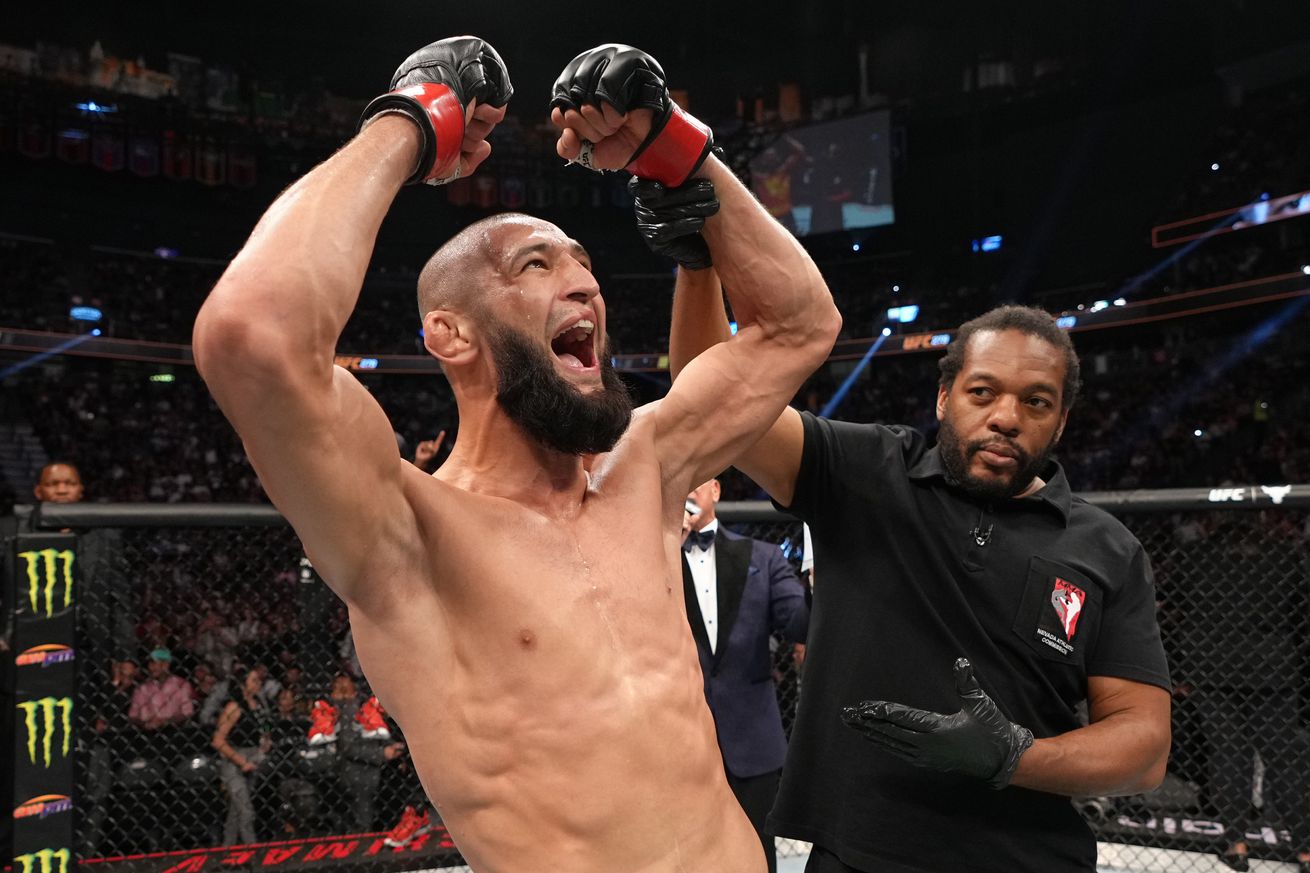 As soon as UFC President Dana White got word Khamzat Chimaev was struggling with a weight cut, he knew a change to the UFC 279 main event was necessary.

After a crazy week that included cancelling the pre-fight press conference due to several altercations between athletes backstage, White his team got word early Friday morning that Chimaev was nowhere near the welterweight limit for his scheduled bout against Nate Diaz.

Ultimately, Chimaev hit the scale at 178.5 pounds — a full seven and a half pounds over the limit for a non-title fight at welterweight.

“We knew he was having trouble cutting weight early,” White revealed at the UFC 279 post-fight press conference. “We knew he was going to miss weight. This all happened, and we had to deal with it. I just couldn’t wait to get tonight over with.

“We knew as soon as he wasn’t going to make weight that the fight wasn’t going to happen. Forget about Nate, the commission wouldn’t have let the fight happen with that big of a weight discrepancy. You immediately start getting to work to figure it out.”

The changes ended with Diaz facing Tony Ferguson in the main event, while Chimaev shifted gears into a 180-pound catchweight fight against Kevin Holland. Missing weight ultimately cost Chimaev a chance to headline his first ever UFC pay-per-view, but he still made the most of the situation by submitting Holland with D’Arce choke just over two-minutes into the opening round.

“I don’t know if anybody expected him to do exactly what he did,” White said about Chimaev. “You don’t know what to expect from that guy. This is like his fourth fight that he’s never even taken a punch.

While the UFC president was impressed by Chimaev’s performance, he definitely wasn’t happy with his weight issues that threw the entire card into upheaval just 24 hours prior to the event.

That’s why White would like to see Chimaev consider a move up to middleweight, where he’s previously fought in the UFC, so future issues like this one could be avoided.

“It’s a problem,” White said. “That’s a problem that he missed weight. I don’t know. We’ve got to look at it and figure it out. What makes sense is for him to fight at [185 pounds], so we’ll see.

“It is what it is. It happened. We’ll go back this week and come up with a plan and probably have him fight at [185].”

White didn’t completely shut the door on Chimaev returning to welterweight, though he didn’t seem too enthusiastic about the idea based on what happened at UFC 279.

“After he just didn’t make weight, I don’t know,” White said when addressing Chimaev’s future. “There’s a lot of possibilities for him. Possibly at 170 or at 185.”