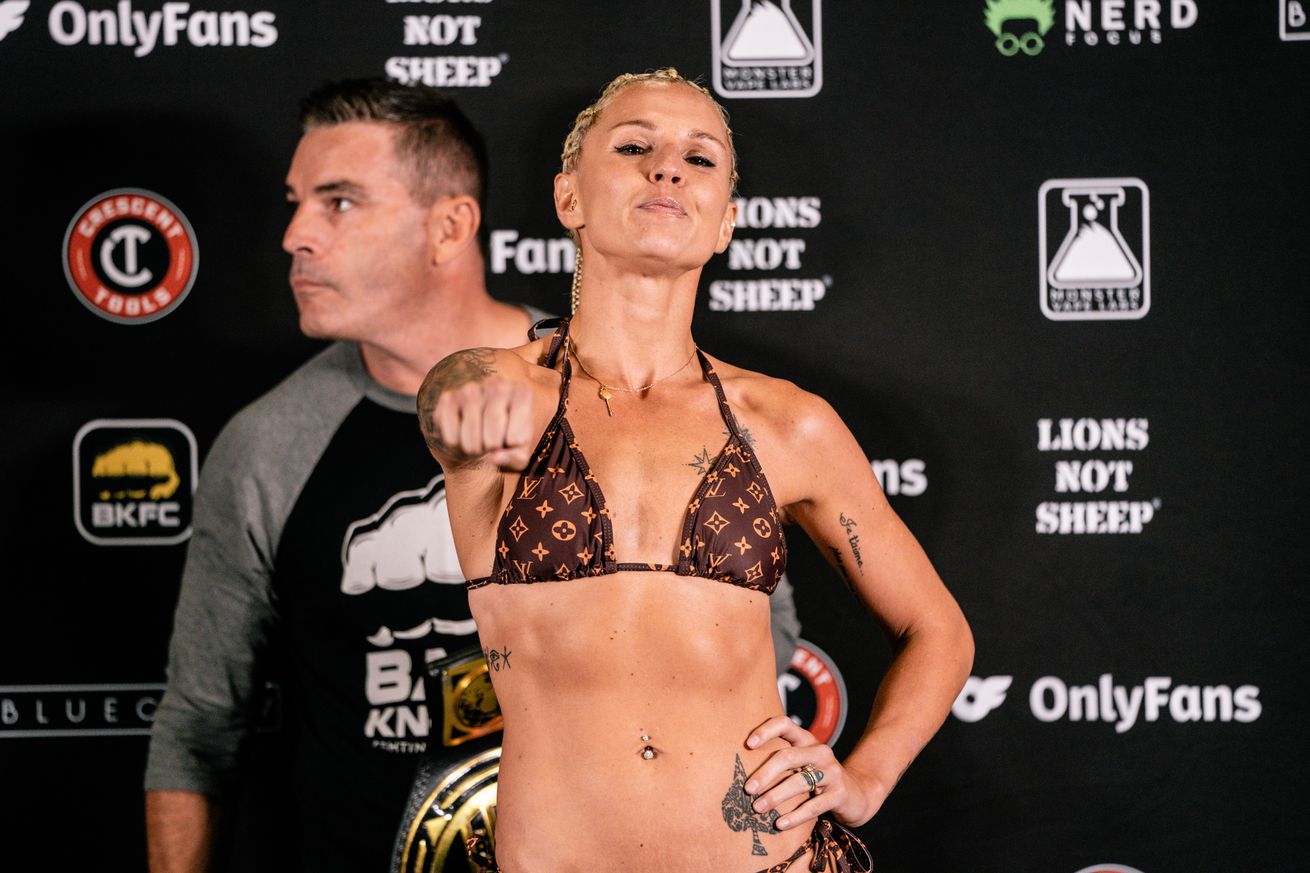 Britain Hart can now call herself a BKFC champion.

In the main event of BKFC in Great Falls, Mont., Hart dominated short-notice opponent Charisa Sigala — who stepped in on Wednesday for Fani Peloumpi who was pulled from the fight due to visa issues — over five rounds to capture the inaugural BKFC strawweight championship

Hart established her jab early before landing a big right hand. After a brief clinch, Hart landed a slew of combinations to the ultra-tough Sigala. As the first was coming to a close, the nine-fight veteran cracked Sigala with a clean straight right hand. The relentless pace of Hart continued into the second, using her length and outstanding head movement to her advantage and opened up a cut on the left eye of Sigala to go up two rounds pretty clearly.

Sigala opened up a bit more in the third, but continuously ran into hard counter shots from Hart, opening up a cut on the right eye as well. Short right uppercut from Hart put an exclamation point on another dominant round. Despite being busted up, Sigala kept a smile on her face heading into the fourth where Hart’s pace didn’t slow down at all, continuously catching her opponent with heavy volume.

The always game Sigala, knowing she was down four rounds, tried to turn up the volume a bit more, but Hart was too elusive defensively, and continued to pick her shots effectively to sweep the scorecards and win become the promotion’s first 115-pound queen. An emotional Hart proclaimed nobody in the weight class “has a chance” against her moving forward at her natural weight class.

Longtime combat sports competitor and UFC veteran Joe Riggs took on the dangerous Josh Dyer in the middleweight co-main event — a fight that had a lot of heat on it after things got physical at Friday’s weigh-ins. Things took a moment to get going, but both men traded big shots before Riggs landed a left hook that dropped Dyer. As soon as the action resumed, Riggs would hit the canvas, but due to an accidental head-butt from Dyer that was nasty. The fight would be ruled a no contest, much to the dismay of the Riggs fans in his adopted hometown of Great Falls.

In the featured bout, Kai Stewart and Rusty Crowder left it all in the BKFC ring over the course of their featherweight matchup. After the fourth round — thanks to open scoring being utilized — Stewart was up on one judge’s scorecard, while the others had it even. In the end, Stewart did enough in a grueling fifth and final round to earn the split decision win.

Check out full BKFC 29 results below.

Joe Riggs vs. Josh Dyer ends in a no contest (accidental head-butt)