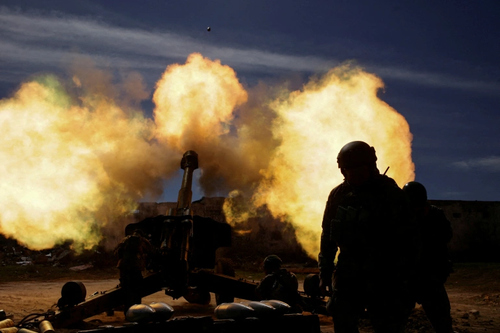 Ukrainian soldiers detailed in comments to The Washington Post the steep toll that Ukraine was facing in its southern Kherson counteroffensive, an operation that the US reportedly helped Ukraine prepare.

Since launching the offensive at the end of August, Ukrainian officials haven’t offered much detail about the operation, and reporters are not allowed on the frontlines. But the Ukrainian soldiers, who spoke with the Post in a hospital, painted a grim picture of what the battle has been like for the Ukrainian side.

One platoon commander told the Post that Ukrainian forces “lost five people for every one they did.”

Ukraine has claimed some success in the offensive, but the claims cannot be verified. The soldiers interviewed by the Post that they were able to capture some villages that were previously controlled by Russia, but it’s not clear if Ukraine is capable of holding on to those positions.

According to one section of the WaPo report:

Oleksandr said the Russian artillery fire was relentless. “They were just hitting us all the time,” he said. “If we fire three mortars, they fire 20 in return.”

The Ukrainian soldiers said they had to carefully ration their use of munitions but even when they did fire, they had trouble hitting targets. “When you give the coordinates, it’s supposed to be accurate, but it’s not,” he said, noting that his equipment dated back to 1989.

Oleksandr had never traveled to Kherson before the war, but he said the goal of expelling Russian invaders was worth sacrificing a limb. “It’s our country,” he said.

A grim report from Kherson. “The soldiers said they lacked the artillery needed to dislodge Russia’s entrenched forces and described a yawning technology gap with their better-equipped adversaries” https://t.co/fArDV3FESD

However, the report acknowledged that a “clear picture of Ukraine’s losses could not be independently assessed.”

This week, Ukraine launched another counteroffensive in eastern Ukraine in the Kharkiv region. According to the military analysis website Southfront, Ukraine has had some success in its attack on Russian positions near Kharkiv.

A report published by Southfront on Thursday said that the Kharkiv offensive has “been one of the major successes of the Ukrainian military on the front lines since the beginning of the Russian military operations in February.”

Russian media reported that fighting continued on Thursday night in the Kharkiv region and that Ukrainian shelling had intensified in the region in recent days.