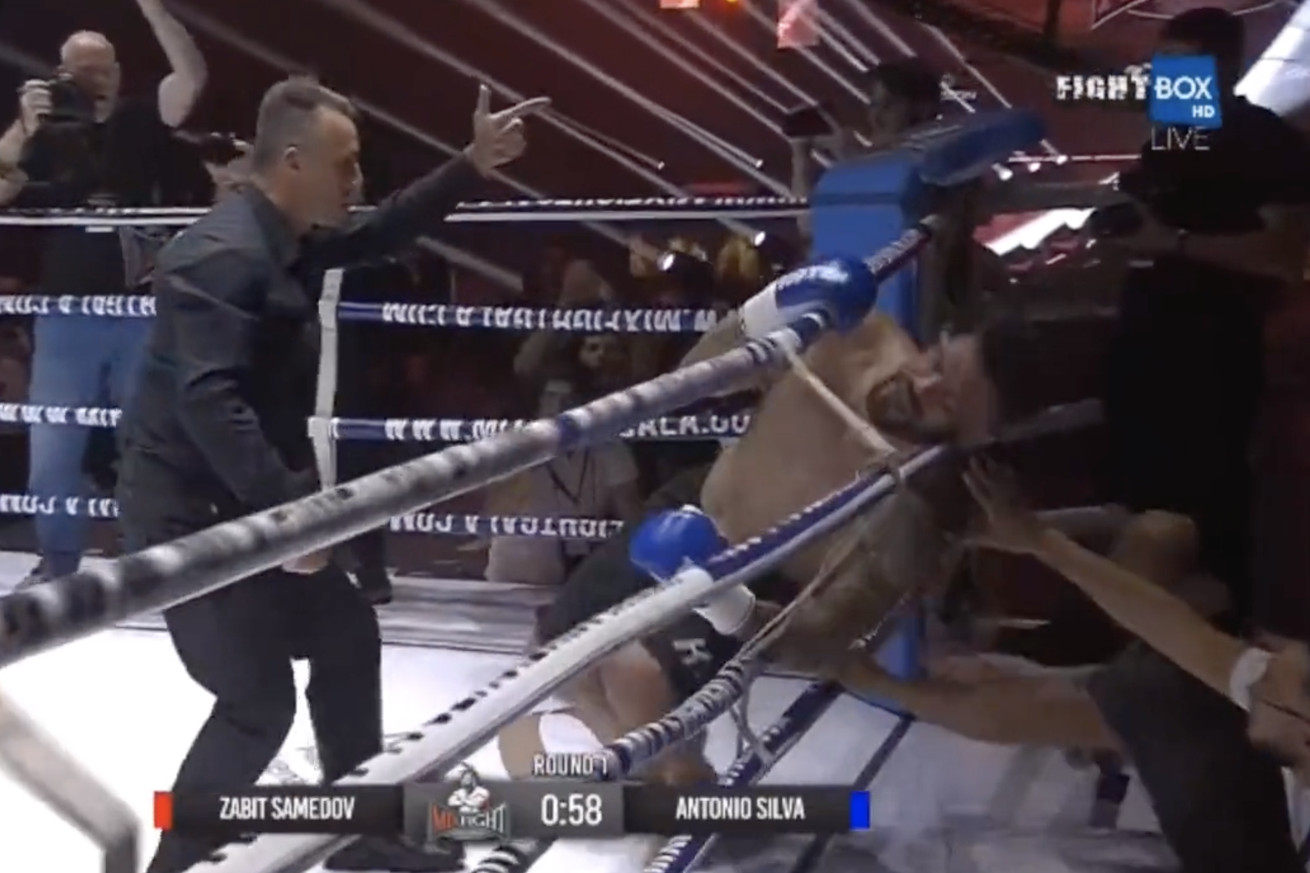 “Bigfoot”, who turns 43 next week, was stopped in violent fashion inside one round. Watch the finish below.

The Brazilian won only one of 16 bouts since coming up short against Cain Velasquez for the UFC heavyweight championship. “Bigfoot” said in his post-fight interview he plans on fighting one last time before retiring.

“When I take this fight I knew this guy is very tough, has more than 100 kickboxing fights, and I know the risk that I have,” Silva said. “Congratulations for him. He has a good career, now he stopped fighting. My first fight was in 2014, I have 18 years in fighting, and now, my next fight, maybe I’m going to stop too. Now it’s time to relax, retire and enjoy my family.”

Silva has beaten MMA legends such as Fedor Emelianenko, Andrei Arlovski and Alistair Overeem, but has now lost 11 straight in multiple combat sports, including boxing and bare-knuckle matches, and suffering 13 knockouts since 2013.