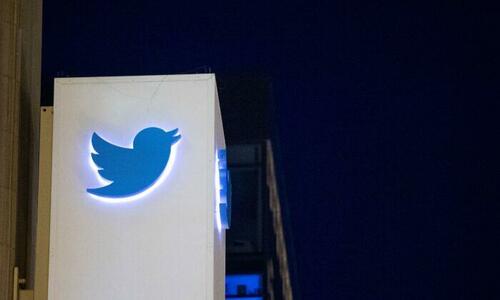 As Democrats seek to hobble the competition ahead of the 2022 midterms – between Trump’s ongoing Mar-a-Lago raid drama, a Steve Bannon indictment over fundraising for a private wall, and Biden’s DOJ slapping 35 Trump associates with warrants or subpoenas – ‘Big Tech’ is doing their part to protect establishment narratives from dangerous wrongthink.

Four weeks ago, Twitter announced they would be ‘pre-bunking’ election claims during the 2022 midterms “to get ahead of misleading narratives” and “to proactively address topics that may be the subject of misinformation.”

Then, on Wednesday the social media giant announced the expansion of ‘Birdwatch‘ – the company’s fact-checking program which has contributors flag “misleading” tweets with “notes that provide informative context.”

According to the company, users who see a Birdwatch disclaimer are “20-40% less likely to agree with the substance of a potentially misleading Tweet than someone who sees the Tweet alone.”

As Just the News notes, however, big tech censorship during the 2020 presidential election – ranging from evidence of voting irregularities, to Hunter Biden’s laptop – was essentially election interference.

Twitter banned MyPillow CEO Mike Lindell for claiming the 2020 election was stolen, suspended several accounts linked to state audits of the election, and claimed in fact checks that ‘mail-in voting was secure‘ despite evidence to the contrary.

Twitter fact checks claimed that mail-in voting was secure despite the warnings about the vulnerability of mail-in voting to election fraud sounded in the 2005 report of the bipartisan Commission on Federal Election Reform cochaired by former President Jimmy Carter, as well as numerous issues with mail-in ballots reported during the 2020 presidential election.

Following Election Day, Twitter slapped numerous tweets about the 2020 election with the warning “This claim about election fraud is disputed.” The ubiquitous warning eventually became an internet meme, with social media users — including celebrities and corporations — posting random facts or jokes accompanied by their own “disputed” label. –Just the News

In fact, there’s ample evidence of voting irregularities – so much that Just the News has compiled 26 such examples (excerpted in part below):

Corrupt conduct — Ex-Prince William County voter registrar Michele White has been charged by Virginia Attorney General Jason Miyares with two felony counts alleging corrupt conduct as an election official and making a false statement, and one misdemeanor charge of willful neglect of duty by an elected official. The county’s Office of Elections said White’s conduct “did not impact the outcome of any election contest” and was discovered by her successor.

Felons voting — Florida Gov. Ron DeSantis announced in August that 20 convicted felons were charged with felonies for allegedly voting illegally in the 2020 election in the state.

Voter fraud in Wisconsin — As many as 22 voter fraud referrals for the 2020 election have been made over the past year by local clerks, according to a Wisconsin Elections Commission report.

Missed mail-in ballots — On Aug. 5, 26 mail-in ballots for the 2020 election that had never been delivered to their intended voters were discovered in a U.S. Postal Service in Baltimore.

Illegal voting in Ohio — Ohio Secretary of State Frank LaRose has referred four people for prosecution after they allegedly voted twice, once in Ohio and once in another state. In addition, 11 illegal immigrants were referred to Ohio Attorney General Dave Yost for prosecution in August, with 10 allegedly registering to vote and one who may have illegally voted. LaRose also referred 62 people suspected of election fraud for prosecution in February.

A foreign intrusion — Federal authorities have confirmed that two Iranian nationals successfully hacked into a state computer election system, stole 100,000 voter registrations and used the data to carry out a cyber-intimidation campaign that targeted GOP members of Congress, Trump campaign officials and Democratic voters in the November 2020 election in one of the largest foreign intrusions in U.S. election history. The defendants “were part of a coordinated conspiracy in which Iranian hackers sought to undermine faith and confidence in the U.S. presidential election,” U.S. Attorney Damian Williams declared in an indictment.
The laptop lie — More than 50 national security experts, countless news organizations and large social media firms falsely told American voters in fall 2020 that the Hunter Biden laptop with damning revelations about Biden family corruption was Russian disinformation. In fact, the laptop was authentic and already in the FBI’s possession, and Hunter Biden was already under criminal investigation before voters cast their 2020 ballots. The false narrative had significant impact. According to a Polling Company survey for the Media Research Center, 45.1% of Biden voters were unaware of the censored laptop story. “According to our poll,” MRC’s Newsbusters reported, “full awareness of the Hunter Biden scandal would have led 9.4% of Biden voters to abandon the Democratic candidate, flipping all six of the swing states he won to Trump, giving the President 311 electoral votes.”
Alleged bribery — The former state Supreme Court justice appointed by the Wisconsin Legislature to investigate the 2020 election concluded that millions of dollars in donations to election administrators in five Democrat-heavy municipalities from the Mark Zuckerberg-funded Center for Tech and Civic Life violated state anti-bribery laws and corrupted election practices by turning public election authorities into liberal get-out-the-vote activists. “The Zuckerberg-funded CTCL/ Zuckerberg 5 scheme would prove to be an effective way to accomplish the partisan effort to ‘turnout’ their desired voters and it was done with the active support of the very people and the governmental institution (WEC) that were supposed to be guarding the Wisconsin elections administrative process from the partisan activities they facilitated,” Justice Michael Gableman wrote.
Illegal ballot harvesting in Wisconsin — Gableman also exposed an extensive ballot harvesting operation in nursing homes involving third-party activists illegally collecting the ballots of vulnerable residents. State election regulators “unlawfully directed the municipal clerks not to send out the legally required special voting deputies to nursing homes, resulting in many nursing homes’ registered residents voting at 100% rates and many ineligible residents voting, despite a guardianship order or incapacity,” Gableman wrote in his explosive report.
Georgia ballot harvesting probe — Georgia Secretary of State Brad Raffensperger opened a criminal investigation into allegations that liberal activists engaged in ballot harvesting prohibited under state law. Raffensperger said he was planning to issue subpoenas to identify a whistleblower who allegedly admitted he engaged in the operation, and there could be prosecutions. The True the Vote election integrity group alleged in a formal state complaint that the man admitted his role and identified nonprofits who funded it at $10 per ballot delivered. The watchdog group also claimed it had assembled cell phone location records pinpointing the alleged harvesting by as many as 240 activists.
Bad voter signatures? — A review of Maricopa County’s mail-in ballots in Arizona’s 2020 presidential election estimated that more than 200,000 ballots with signatures that did not match voter files were counted without being reviewed, more than eight times the number the county acknowledged.
50,000 Arizona ballots called into question — An extensive audit ordered by Arizona’s Senate officially called into question more than 50,000 ballots cast in the 2020 election — a total nearly five times Joe Biden’s official margin of victory in the state.
Foreign voters found on Texas rolls — An audit of Texas voter rolls identified nearly 12,000 noncitizens suspected of illegally registering to vote and nearly 600 cases in which ballots may have been cast in the name of a dead resident or by a voter who may have also voted in another state. Officials are now in the process of removing the foreign voters and deciding whether prosecutions are warranted.

Read the rest of the claims here…

2022.10.05 0
China Has Set Up Dozens Of Unofficial Police Stations Around The World: Report