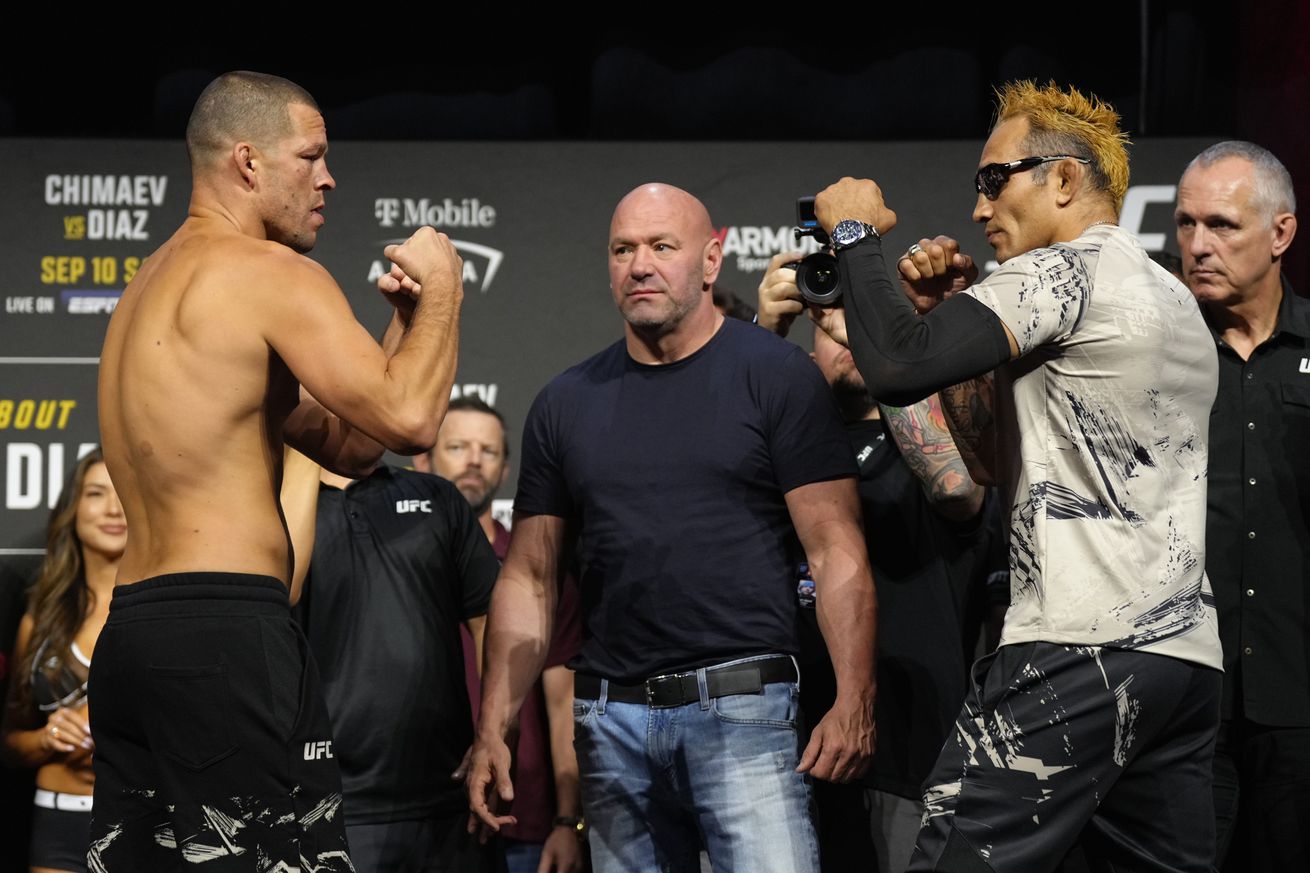 Nate Diaz hasn’t forgotten who he was supposed to fight at UFC 279.

After facing off with main event opponent Tony Ferguson at Friday’s UFC 279 ceremonial weigh-in faceoffs, Diaz had a message for his originally scheduled opponent Khamzat Chimaev.

“You guys already know what it is. Real Gs come from California, America motherf*****.”

Diaz and Khamzat were part of a backstage altercation at Thursday’s UFC 279 press conference, which was cancelled following the incident.

Ferguson was moved from a co-main event bout with Li Jingliang into the headliner after Chimaev missed the welterweight limit by 7.5 pounds at Friday’s official weigh-ins. That gaffe resulted in a lineup shuffle that saw Ferguson promoted to the main event opposite Diaz and Chimaev bumped to a catchweight co-main event against Kevin Holland. Both bouts are scheduled to be five-round contests.

For his part, Ferguson was focused solely on the new matchup.

“Grab your f****** popcorn and blue Slushees motherf****** because we’re going to have some fun!” Ferguson said.

Chimaev and Holland had a tenser face-off as they have a history of bad blood and were also reportedly part of Thursday’s backstage melee.

“It all happened for a good reason,” Holland said after facing off with his new opponent. “All these guys claiming they’re gangsters, they’re not gangsters. They wear makeup for the HD cameras and that’s as simple as it is.”

Holland was asked if the Chimaev fight was a better matchup, to which he answered, “F*** no, but it’s going to be a fun one.”

Chimaev was met with a chorus of boos and did not apologize for his egregious weight miss, instead claiming that he was not permitted to cut more weight.

Like Holland, Chimaev was unshaken by the lineup change.

“I don’t care, I want to smash everybody,” Chimaev said. “I come here f*** everybody, you know? I’m going to take over now.”