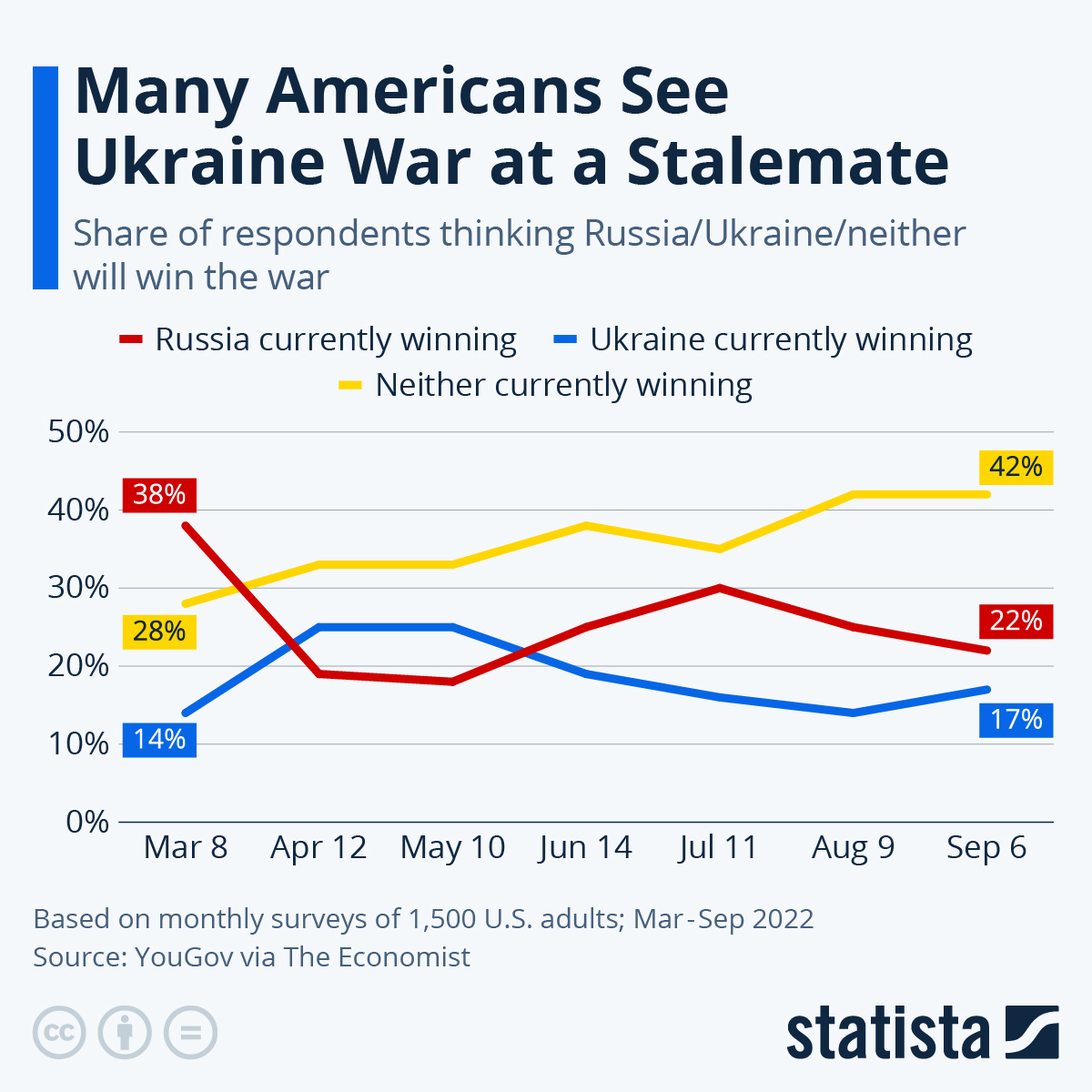 Many Americans See Ukraine War At A Stalemate

On September 11, the war between Ukraine and Russia will have been going on for 200 days.

The latter launched its offensive on February 24 after months of amassing troops at the Ukrainian border, attacking the former on several fronts from the North, East and Southeast.

While it looked like Russia would emerge as a winner in the conflict initially, Ukraine managed to defend several strategic locations.

As Statista’s Florian Zandt shows in the chart below, based on monthly polls by YouGov and The Economist, Americans even thought Ukraine had better chances to win the war than Russia in April and May.

In both months, one quarter of polled U.S. adults thought Ukraine could be victorious against 19 and 18 percent, respectively, believing that Russia would be the victor. This can be attributed to Russia pulling back from Kyiv oblast after failing to occupy the Ukrainian capital and Ukraine gaining ground in the embattled Eastern regions.

Two of these regions, Luhansk and Donezk, allegedly lie at the core of the war, with Russia recognizing their independence on February 21 after almost eight years of conflict between separatist forces and the Ukrainian government.

Now, many Americans don’t see any side winning any time soon, with 42 percent of the respondents to a September 6 poll claiming that neither country will emerge victorious.

Apart from damages to infrastructure, dead soldiers (and civilians) and more than seven million registered refugees from Ukraine across Europe, the war has also majorly impacted the world economy. The ongoing conflict exacerbated tensions over rising gas prices and climbing inflation and has pushed many African countries dependent on Ukrainian wheat to the brink of a major food crisis.