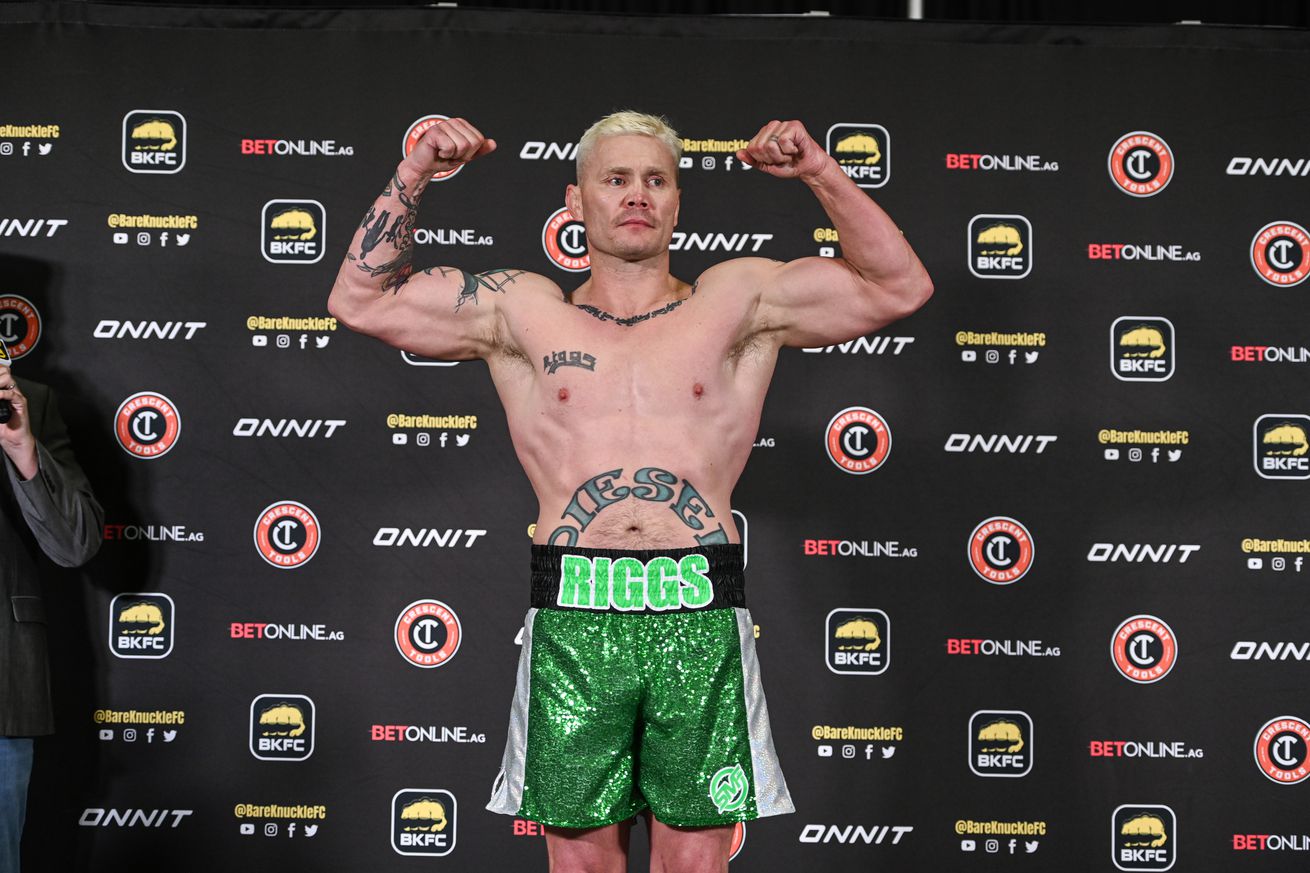 While it was circulating that Saturday’s BKFC 29 bout with Josh Dyer would be the final fight of Joe Riggs’ 70-plus pro fight career, the longtime UFC veteran is setting the record straight.

Riggs and Dyer will meet in the co-main event of the promotion’s return to Montana. Ahead of the fight, “Diesel” cleared up comments from BKFC and is very confident he’ll compete again after Saturday.

“I don’t know where that came from that this is my last fight,” Riggs told MMA Fighting. “I talked to Dave Feldman and asked him why he said that and he said someone told him that. Well, shouldn’t you ask me?

“No, but this isn’t my last fight. I’m very close to being done, but there’s a few things in my career that I [want to do], have a couple of more fights, and then I’m done. Three [more fights, tops.”

In his most recent appearance, Riggs challenged Lorenzo Hunt for the BKFC middleweight title at BKFC 24 in April where Hunt retained with a second-round stoppage. Riggs called the performance “embarrassing,” and wouldn’t allow himself to move on to the next chapter of his life after a loss like that.

For this training camp, Riggs returned to where it all started for him in Phoenix, returning to The MMA Lab. Working with a room full of professional fighters that would push him is something that he needed, and hasn’t had in two years.

“Jeremy Horn once told me that if you train, and run a gym constantly, one is going to hurt — either your career, or training people at the gym,” Riggs said. “I wasn’t able to do both. When I would train for a fight, I would make sure I’m in shape, I would get down my weight, but I wouldn’t work [hard enough on my skills].

“My last fight, I literally didn’t spar one time. One of my students held pads for me, and we were in the process of moving gyms, so all I was doing was hitting the speed bag. I would swim, hit pads, and hit the speed bag, and that’s f****** it. I thought my experience and being good would just carry me through, and it did for the most part, and after the last fight and all of the mental things I went through, and not having a strong camp, it makes me question myself even more.

“So I went back to Phoenix, went back to The MMA Lab, where at the time, I was the first person from Arizona to make it to the UFC, and it’s been a great feeling training with good guys, and being in an actual camp.”

As far as where Riggs would like to go moving forward, he says a fight with Jake Paul would be something he’d love to check off the list. Paul is scheduled to face Anderson Silva on Oct. 29 in Glendale, Ariz., and Riggs reacted to the matchmaking, but also revealed that he had past conversations about facing the undefeated boxer early on in Paul’s career.

“I think it’s an interesting fight,” Riggs explained. “I’ve [actually] so many talks because someone that I’ve worked with for a long time knows his manager personally, and we talked about fighting Jake before he fought Ben Askren. He’s gotten better as a boxer for sure, but I would love to fight him. Jake knocking out Tyron Woodley…Tyron had an overhand right and that’s it. [Woodley] was athletic, but he didn’t have much to offer with being a boxer.

“If he beats Anderson Silva, even at Anderson’s age, that would be impressive. But I’d fight that guy for f****** free. I remember he came to Rampage’s gym with a video crew before he got into boxing and I was beating on him, but it was like a funny thing. Now he considers himself a real f****** fighter. He’s gotten better, I’ll give him that, but it’s crazy. I’ve got money, but he’s got way more money than me. He’s probably made f****** 10 times as much as I have in fighting in probably 1/10th of the time. That kind of makes me bitter.”