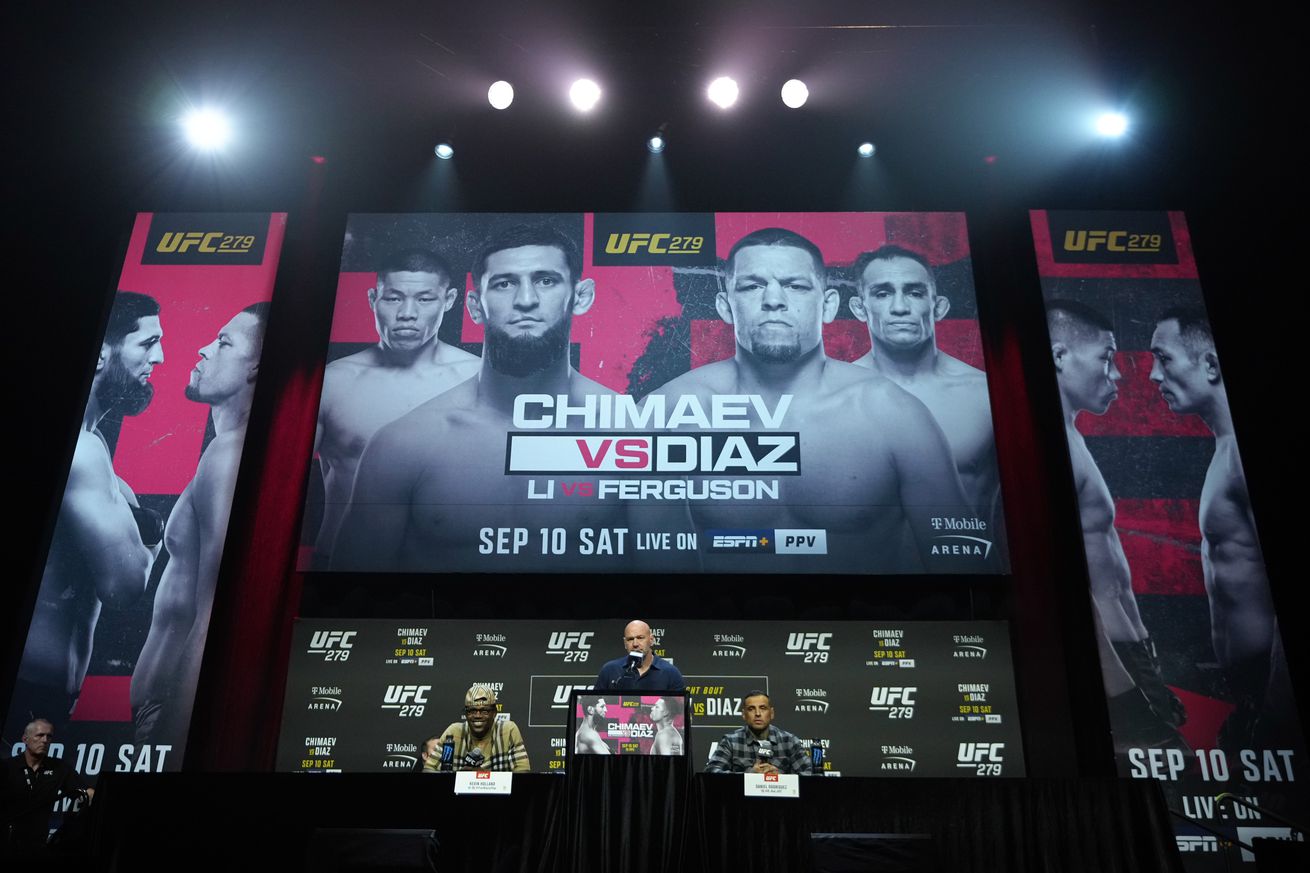 As word spread of an alleged melee backstage at the UFC 279 press conference, MMA fighters were glued to their phones, hoping to get an update on who did what.

UFC President Dana White’s cancellation of the media event only served to intensify the curiosity about an altercation backstage – allegedly involving Khamzat Chimaev and Kevin Holland, among others – that led to the sudden shift in plans.

Here’s how fighters reacted to news of the altercation and the cancellation of the UFC 279 press conference.

Just so everyone knows. I offered that clown a free beard trim. I don’t know anywhere in the US that would offer that service free! I am precise I promise I would not knick him. At your service just like the hotel staff bro. https://t.co/Hiwwm40fg7

Where was Paulo costa during all this

Unprofessional. We literally fight in a cage and people still think they need to prove how tough they are. Relax y’all. https://t.co/gAQUW0wlDS

Fighters stop acting like idiots before the fight . Don’t be messing up press conferences, weigh ins and fights . People pay their hard earned money to be apart of

To much shit talk, people got smacked

I’ve never cared about Mma news like I do right now. I need to know what happened backstage. Where is the videos? #ufc279