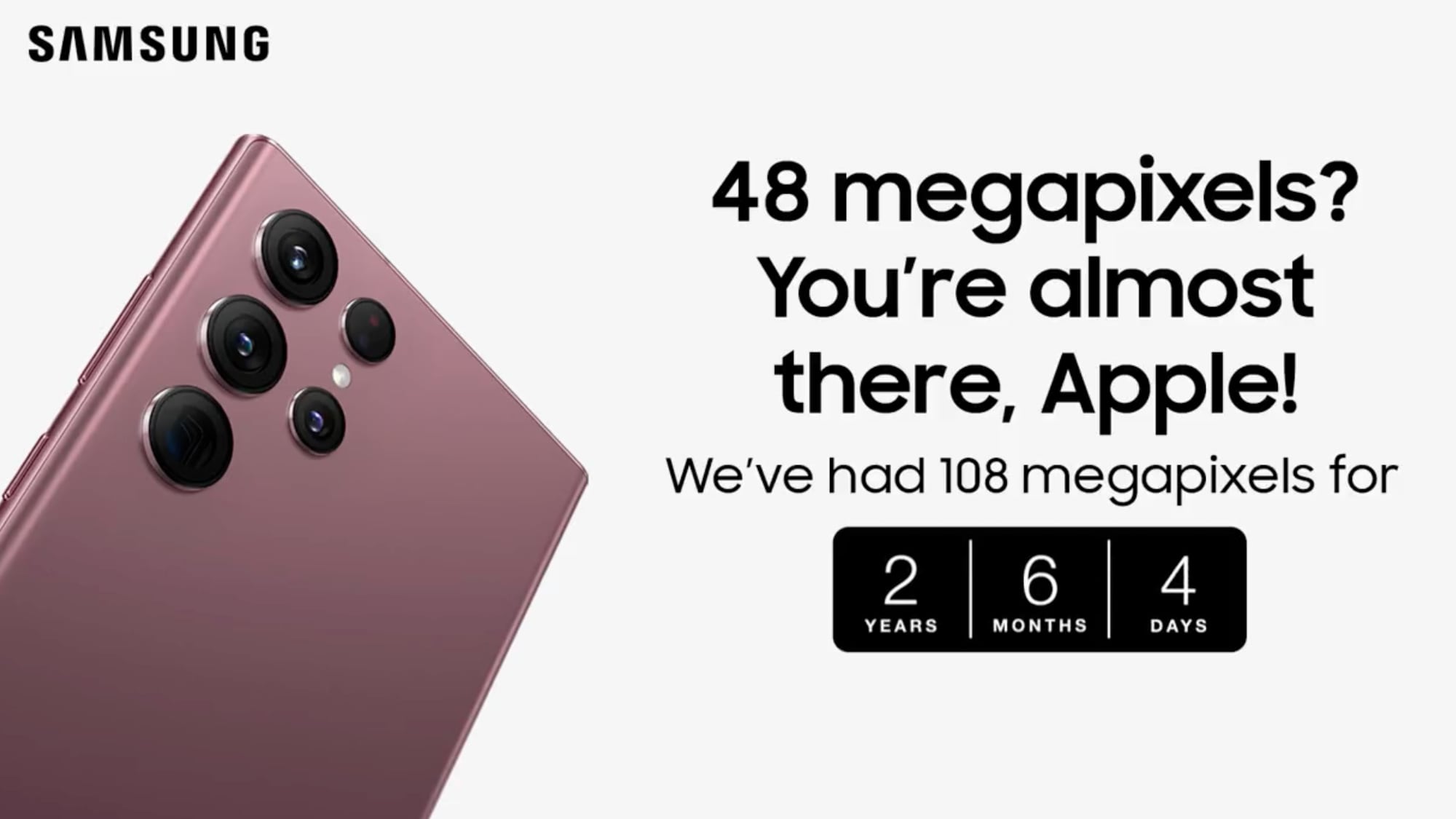 Samsung today continued on with its ad campaign denigrating Apple devices, this time sharing a series of tweets highlighting Apple’s lack of a foldable iPhone and pitting the iPhone 14 Pro‘s 48-megapixel camera against the Galaxy S22’s 108-megapixel camera.

“What the Flip, Apple?” reads the first tweet, which points out the launch date of Samsung’s first foldable device. The second tweet has the same first-to foldables theme, while the third notes that Samsung devices have had higher megapixel cameras for several years.

Samsung has been sharing anti-Apple ads since before the new iPhone 14 models were announced, and the company has a long history of insulting Apple devices in order to promote its own products. “Buckle up for Apple’s latest launch,” said an ad released in early September. “As you enter a world where heads will turn, must none in your direction. Where the highest resolution smartphone will be in someone else’s pocket.”

A second “Join the flip side” ad that came out on Thursday attempted to persuade ‌iPhone‌ users to swap to the Galaxy Flip by showing a diehard ‌iPhone‌ fan lusting over foldable technology.

Samsung has in the past mocked Apple design decisions such as the removal of the headphone jack only to follow suit and make the same move a few years later. Samsung has a leg up in this case as it was first to market with foldable devices and high-resolution cameras, but it will be interesting to see if there are ‌iPhone 14 Pro‌ features that Samsung ends up adopting in the future.