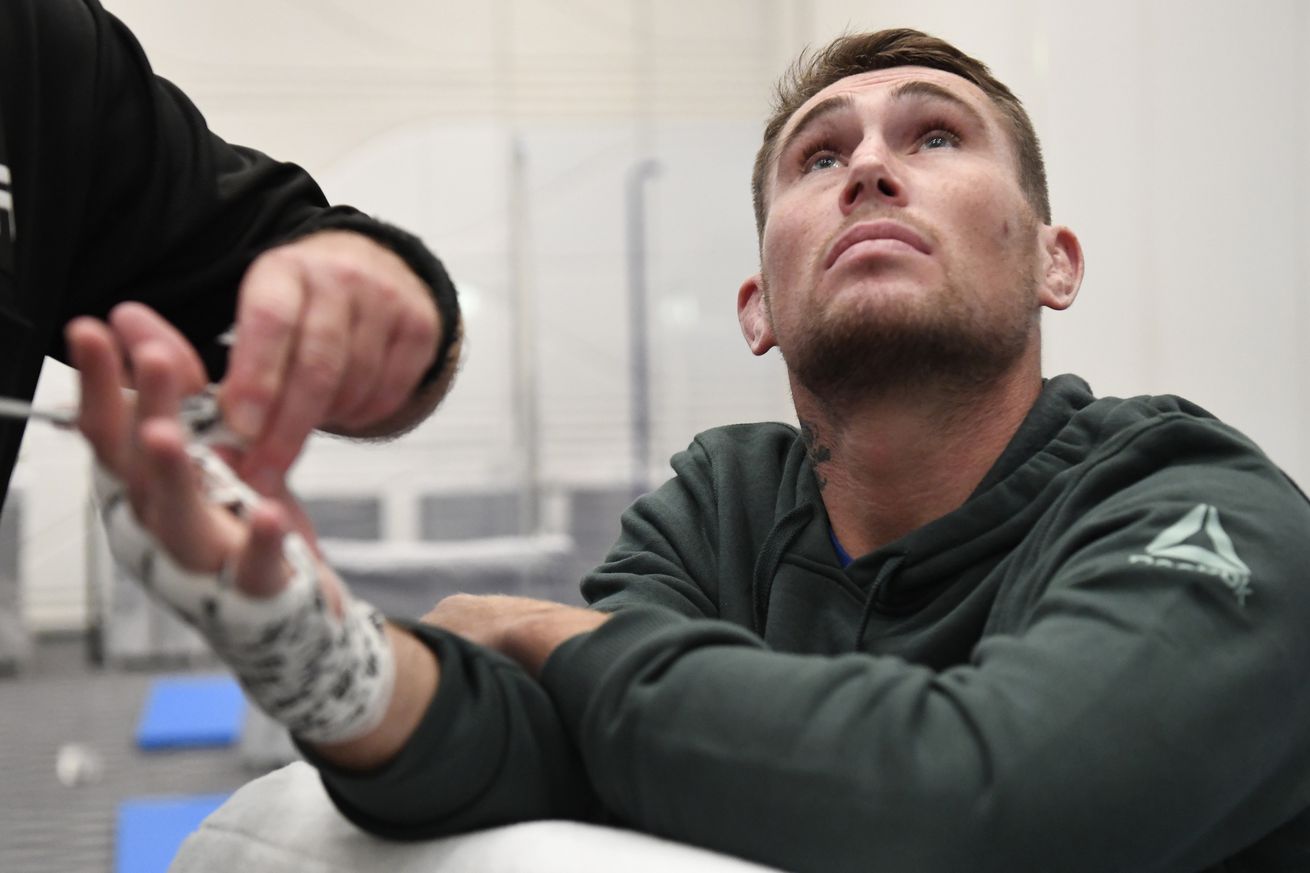 Where one “Smesh Bro” goes, the other follows.

UFC 279 fight week has gone down in history for having not only the quickest pre-fight press conference of all time but perhaps the most eventful. After bringing out two of the main card’s competitors, Kevin Holland and Daniel Rodriguez, UFC President Dana White hoped to bring the following two fights out one by one due to some tension that had been stirred up backstage. Instead, White called off the whole thing, noting shortly after that things had gotten “very physical” and too many moving parts were involved to run things safely.

White added that the altercations stemmed from an interaction between one of the main eventers, Khamzat Chimaev, and Holland before Chimaev’s opponent, Nate Diaz and his team got involved.

Since Chimaev’s last fight that took place earlier this year, he’s formed a strong friendship with UFC middleweight contender Darren Till and the Brit is once again cornering “Borz.” Joining along for Thursday’s press conference, Till shared his perspective when catching up with The Mac Life.

“It was just normal,” Till said. “I don’t know if I’m just saying that because we’re fighters ’cause we just fight all the time.

“So, we’ve been separated all week, the teams, there’s about 30 of us and I think there’s about 50 of them. There’s big teams. So, we come in, six of us each. I think Nate had six guys come for the press and us six waiting backstage. Then when we come out they’re like, ‘Go and sit down inside.’ But Khamzat was on his own so I was like, ‘Is he alright on his own?’ And I looked at Kevin and Kevin was on his own so everyone was on their own, I didn’t know where Nate was.

“We went to our side, they were at their side,” he continued. “They was all standing up so I was standing up with a few of the guys and the security had been following us around like, ‘Till, sit down.’ I was like, ‘No, they’re standing up, I want to stand up.’ They’re like, ‘But you’re looking at them and they’re looking at you, something’s gonna happen.’ Nothing’s really gonna happen, is it? So he’s like, ‘Till, please. Sit down.’ I said, ‘Okay, I’ll sit down but when Khamzat comes out for the press conference, we’re all standing up. I want you to know that.’ He says fine.”

When speaking to the media, White also highlighted that water bottles went flying and specifically connected with former fighter turned manager, Tiki Ghosn. Meanwhile, Till found some moments to interact with fans and take pictures but still kept an eye on the Diaz side as they did their own thing.

“Then I see one of the security running backstage and I’m like, okay, what’s happening here now?” Till said. “Then Dana had come out and was like, ‘We’re canceling the press conference.’ So everyone stood up in the MGM and everyone was leaving and whatever they’re doing. I couldn’t get to the entrance so me and Guram [Kutateladze], we jumped over the barrier. We ran through then Khamzat’s up on the other side. I didn’t see where Nate was but Nate’s guys who were meant to come in didn’t. Nate was like outside somewhere or something. I didn’t see Kevin and then we just went in the back bay. That was all we’d seen so obviously there was something before that, I think.”

Till went on to explain having some feelings of regret being as away from Chimaev as he was during the heart of the incident. With ceremonial weigh-ins coming later today, he promises that the “Smesh Bros” won’t be separated in case any further shenanigans start up.

White was also asked about the ceremonials being a reasonable concern after what went down but guaranteed this type of situation would never happen again. Therefore, it’s safe to expect a rather distanced final Diaz UFC faceoff as he gets ready to finish out his contract.

“I think people on the outside just build it up a little more than it is,” Till said. “It just is what it is. 100 million percent [a big fight could have kicked off]. Alls I know is … Diaz’s team’s over there, like 57 of them, and we’re over there, 35 of us or something. Let me tell you one thing, most of them are fighters and most of us are fighters. All this s*** like how I’m this, I’m that … Most of us come from the streets and most of them do. That’s what we’re used to doing. If we’re getting close, things are gonna get said. Someone’s gonna be looking at someone and say who’re you looking at? Then we’re all gonna fight. That’s what’s gonna happen.”

Strength. Ciryl Gane says he’s never felt power like Tai Tuivasa’s before: ‘I can’t explain, but he has something in his hands’

Analysis. Paths to Victory: How Nate Diaz can pull off miracle upset at UFC 279