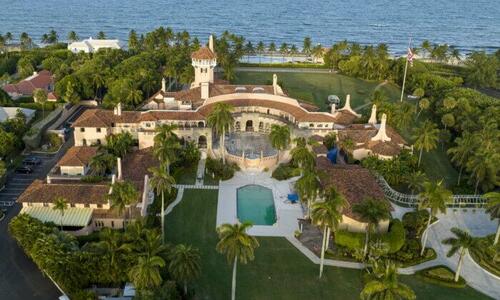 The U.S. Department of Justice (DOJ) on Sept. 8 urged a federal judge to stay part of her recent special master order, arguing that the government should be able to continue accessing the records marked classified that were seized from former President Donald Trump’s home last month.

Government lawyers said that investigators must have access to the records for their investigation into Trump, and as part of an effort to ascertain whether there were any improper disclosures of the materials while they were at the former president’s Mar-a-Lago estate in Florida.

U.S. District Judge Aileen Cannon, a Trump appointee, granted Trump’s motion for a special master on Sept. 5. She also blocked the government from using the seized records “for investigative purposes.” At the same time, she said her order shall not affect the intelligence assessment being done by the Intelligence Community (IC).

The order is problematic because the assessment “cannot be readily segregated” from the DOJ and FBI efforts in connection with the ongoing criminal probe, DOJ lawyers said in the new filing.

“Before the Court’s Order, the same personnel from the FBI involved in the criminal investigation were coordinating appropriately with the IC in its review and assessment,” they said. “The application of the injunction to classified records would thus frustrate the government’s ability to conduct an effective national security risk assessment and classification review and could preclude the government from taking necessary remedial steps in light of that review—risking irreparable harm to our national security and intelligence interests.”

Agents with the FBI, which is part of the IC, would be the ones to follow up on leads concerning the possible disclosure of the records, according to the government.

“If, for example, another IC element were to obtain intelligence indicating that a classified document in the seized materials might have been compromised, the FBI would be responsible for taking some of the necessary steps to evaluate that risk,” Alan Kohler Jr., an FBI counterintelligence official, said in a declaration filed with the court.