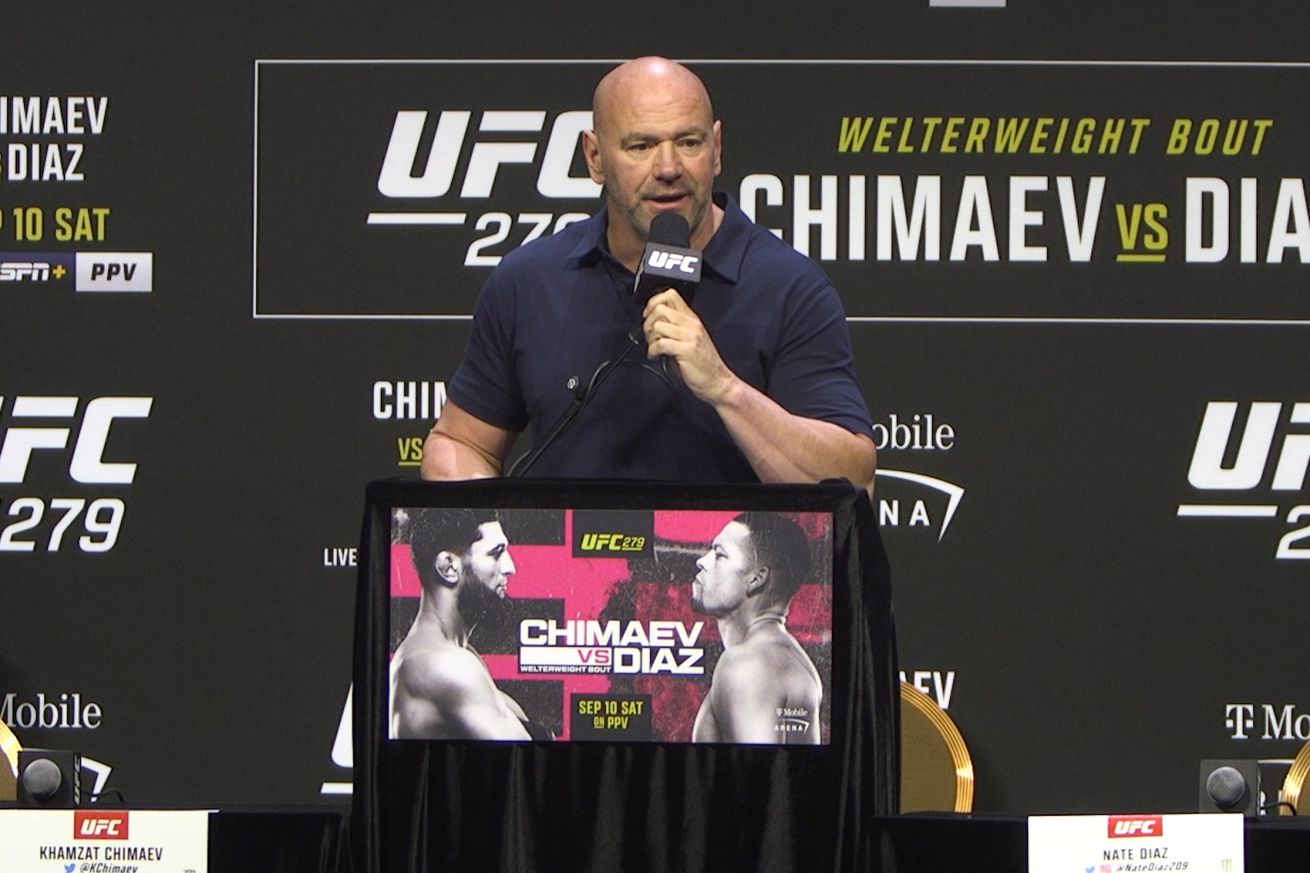 The UFC 279 pre-fight press conference was cancelled just moments after it started as Dana White pulled the plug on the event due to an altercation between fighters backstage.

The press conference actually started with only two fighters on the dais as Kevin Holland and Daniel Rodriguez answered a few questions from the media rather than the six athletes who were originally scheduled to appear on Thursday.

One source speaking to MMA Fighting after the press conference was cancelled stated “chaos happened,” but there was no further detail about what actually led to the incident.

White later told reporters backstage that it was an altercation between Holland and UFC 279 main event fighter Khamzat Chimaev that sparked the fire that erupted into a much larger incident between athletes and their camps backstage.

Following Holland and Rodriguez facing off and leaving the stage, White spoke to members of his public relations staff along with security before deciding to end the press conference almost as quickly as it began.

“This ain’t going to happen,” White said to a disappointed crowd. “I apologize everybody. I am in very weird waters here. This has never happened in the history of this company.

White later stated that a lack of security backstage allowed the volatile situation to boil over, which is something the UFC will remedy for the future. He added that the incident won’t threaten the fights or the event taking place on Saturday night.

Dana White reiterates “it was the right move” to cancel the press conference. Was conceded for fans safety if the camps leapt over barricade onto stage #UFC279