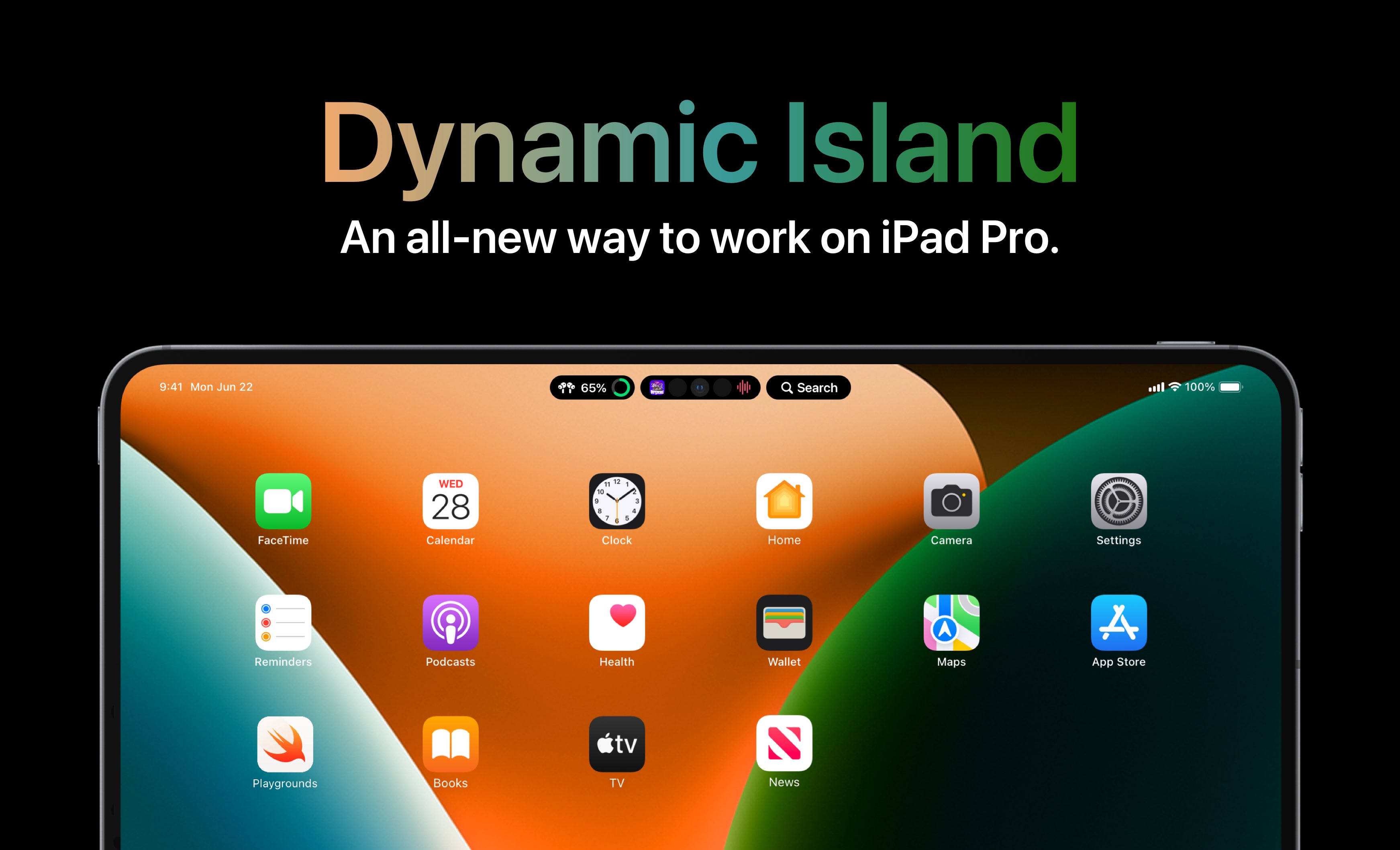 A new concept has imagined what it could be like if Apple brought the Dynamic Island from the iPhone 14 Pro to the iPad, utilizing the company’s new user interface design and hardware and software integration approach to provide iPad-specific controls and functionality.

The concept created by Parker Ortolani envisions an iPad Pro with thin bezels and pill-shaped cutout to house the TrueDepth system and the front-facing camera on the top of the ‌iPad‌ in landscape mode. Like on the ‌iPhone 14 Pro‌, the concept highlights Dynamic Island utilizing the pill-shaped cutout to deliver contextual information to ‌iPad‌ users across the entire top of the display in the status bar.

In one instance, Dynamic Island on ‌iPad‌ could be used to show relevant controls in Safari, such as Translate, Reader mode, and the current tab. In other cases, the concept also considers using Dynamic Island for multitasking controls with “Island Menus.” The concept implies that the ‌iPad‌ could only be used in landscape orientation, given the placement of the Dynamic Island and pill-shaped cutout.

The concept is purely speculative and imaginative, and given Dynamic Island is still a new feature for Apple, it may decide to wait a few years, if ever, before bringing it to other devices. Dynamic Island on ‌iPhone 14 Pro‌ has received an overwhelmingly positive response from users, with some saying it’s “Apple’s best design in years.”
This article, “Concept Imagines iPhone 14 Pro’s Dynamic Island on iPad” first appeared on MacRumors.com