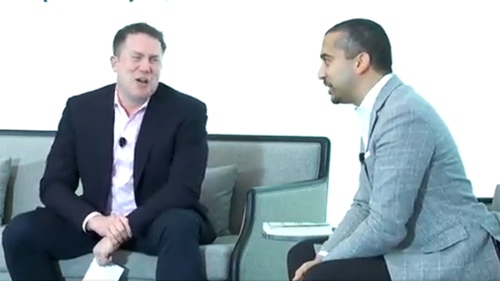 MSNBC reporter Mehdi Hasan declared Wednesday that it is “deeply dangerous” for a news network to cover “both sides” of any story.

“There are two words we need to remove from our media vocabulary right now and that is ‘both sides,’” Hasan said during an interview with former New York Times reporter Ben Smith.

Hasan continued, “This fundamental crutch, this reliance on ‘both sides’ as a kind of lazy way of covering our political moment is deeply dangerous.”

“There are two words we need to remove from our media vocabulary right now & that is ‘both sides.’ This crutch, this reliance on ‘both sides’ as a kind of lazy way of covering our political moment is deeply dangerous.”

My comments to @semaforben this morning in DC – watch/share: pic.twitter.com/edPKXvAGFL

There are “both sides” to the idea that there is a civil war already underway though right? Because that is what MSNBC has been doing for the past month since Joe Biden labelled half the country “semi-fascist” and then a violent extremist threat to the soul of the nation.

There are also “both sides” to just broadcasting complete conjecture about some sort of connection between dead CIA assets and Trump holding sensitive documents:

MSNBC’s @JoyAnnReid says there could be a connection between classified documents at Mar-a-Lago and CIA assets who were killed in 2021: “They did happen at a time when Trump did have custody of some really sensitive information” pic.twitter.com/xbTI4AwEgp

NBC’s @glennkirschner2: “They could be arresting Donald Trump because they have probable cause plus, plus, plus — arrest him, Mirandize him, and … interrogate him. If he waives his Miranda rights, extract from him information that can protect our national security” pic.twitter.com/ufYn4RTOPE

Elie Mystal (@ElieNYC) on the federal judge who appointed a special master to review materials the FBI took from Mar-a-Lago: “She’s biassed and corrupt.” pic.twitter.com/eD2SZTaDX7

There are also “both sides” to the Russian collusion story. One side was the fact that there was no Russian collusion, according to Special counsel Robert Mueller’s investigation, and the other is stating for six years now that Trump is a Russian agent. True to Hasan’s wishes, MSNBC, of course, only covered one side of that story.