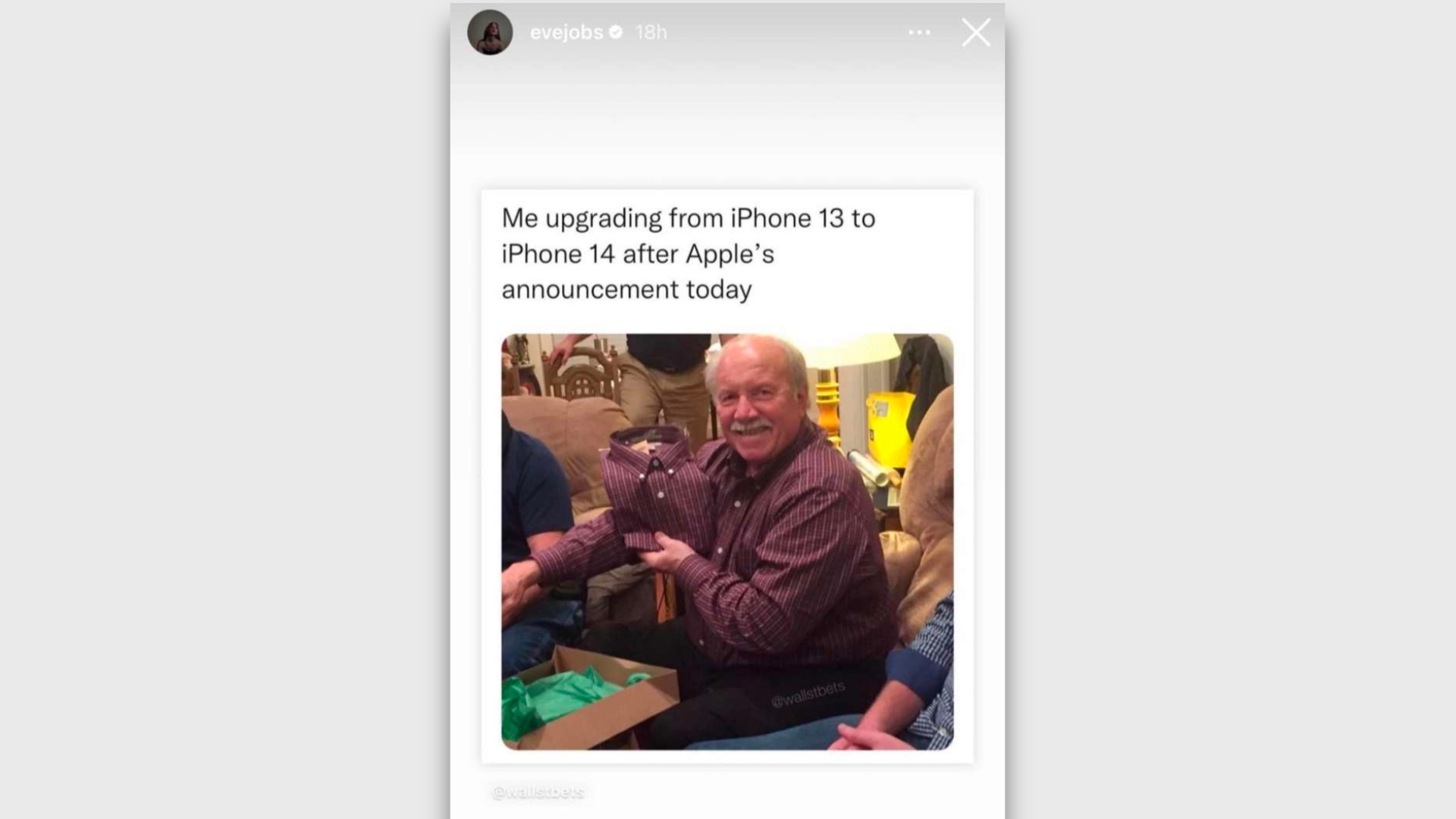 Following Apple’s “Far out” event that included the launch of the updated iPhone 14 and ‌iPhone 14‌ Plus, Steve Jobs’ daughter Eve Jobs took to her Instagram to share a meme mocking the new iPhones as basically unchanged compared to last year’s iPhone 13.

The meme is a popular one showing a man holding up a gifted shirt identical to one he’s already wearing. Jobs captioned the meme with “Me upgrading from ‌‌iPhone 13‌‌ to ‌‌iPhone 14‌‌ after Apple’s announcement today,” sharing it with her nearly half a million followers yesterday before deleting it.