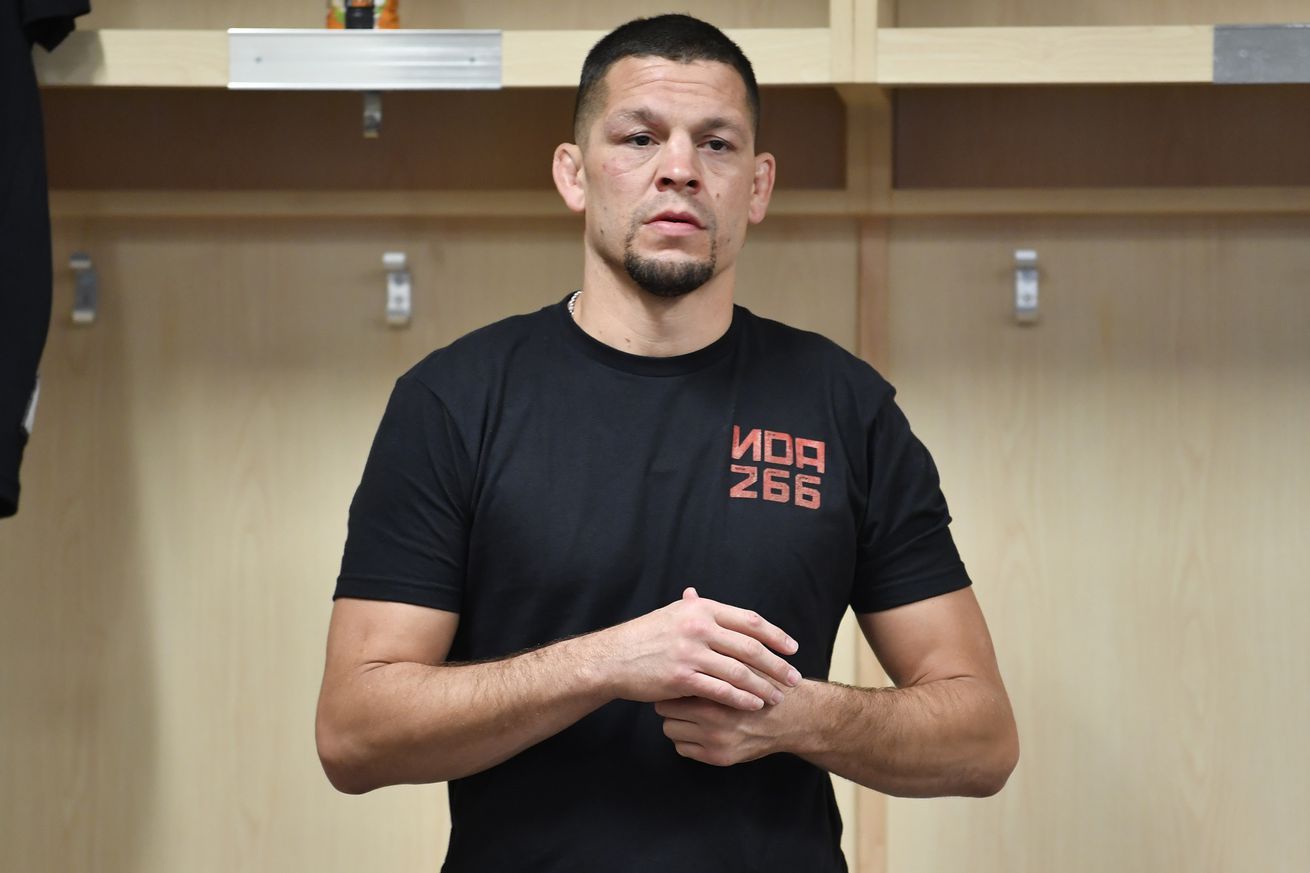 This Saturday the UFC returns with another pay-per-view event, UFC 279, headlined by a welterweight fight between Khamzat Chimaev and Nate Diaz. Chimaev enters the bout as a prohibitive favorite, and with this being the final fight on Diaz’s current UFC contract, many view this as the UFC attempting to send their soon-to-be-former star out on a loss. Still, Diaz will enter the cage Saturday looking to win, and this being MMA, anything can happen. So let’s take a look at what each man needs to do to win this marquee matchup, any X-factors in play, and ultimately what will happen on fight night.

Paths to Victory for Khamzat Chimaev at UFC 279

There is a reason many view this as a squash match, and it’s primarily because Chimaev appears to be the real deal. Bursting onto the scene in 2020, Chimaev strung together four dominant wins in which he was only hit one time in total. After a step up in competition against former welterweight title challenger Gilbert Burns, where Chimaev overcame some adversity to secure a win, “Borz” was solidified as a force to be reckoned with and a legitimate title threat.

Against Diaz, he likely won’t need to overcome adversity, but it’s good to know he can if necessary.

Chimaev often has been called “the welterweight Khabib Nurmagomedov” because of his blend of grappling and power, and the comparison isn’t terrible. Chimaev surged to the top of the welterweight division on the back of dominant wrestling and brute physicality, manhandling other welterweights and middleweights.

Most often, he simply bulldozes his opponents to the ground, where he unloads a vicious top control game on them, hammering his way to victory. But he’s also shown good power on the feet and decent instincts as a striker. He’s certainly not a technician in that area, but he’s willing, tough, and throws very hard, which goes a long way.

As an over -1000 favorite, the truth is Chimaev can win this fight just about any way he wants. But by far the most expedient path to victory is for “Borz” to do what he does best and “smesh.” Diaz has never been a great defensive wrestler, and he’s usually content to play off his back and work a guard, which has an extremely slim chance of posing any serious threat. If Chimaev comes out with the sole intention of winning as dominantly as possible, he can score takedowns and pound on Diaz for as long as the referee allows, and there really isn’t much Diaz can do to stop it.

Paths to victory for Nate Diaz at UFC 279

So if Chimaev is so massively advantaged in this fight, how does Nate beat him? To paraphrase A Knight’s Tale, “with a stick, while he sleeps.” Seriously, it’s hard to envision a world where Diaz wins this fight that doesn’t come off like some insane Diaz fan fiction, but let’s give it a go.

For all of Diaz’s grappling ability, he’s not actually very dangerous off his back. Aside from the Conor McGregor club-and-sub, Diaz hasn’t tapped anyone out since a guillotine of Jim Miller a decade ago, and he’s been consistently beaten by people who can outwrestle him. Chimaev can certainly do that, so Diaz needs to find a way to keep Chimaev from trying to do so, and the best way I can figure is to be Nate Diaz: fool around, question Chimaev’s manhood and generally try to goad him into a striking battle. And honestly, it could work.

In his fight with Burns, Chimaev proved he’s willing to forego a smart game plan to brawl it out, and that’s critical for Diaz to find any success in this fight. If Diaz spends fight week talking trash to Chimaev about wrestling and then punks him with a Stockton Slap during the actual fight, Chimaev might be exactly the kind of person to lose to that particular bit of mental warfare. If Diaz can goad Chimaev into hunting the KO on the feet, things get a lot more interesting, because standing up, Diaz has ways to win.

Diaz is a far cry from his most dangerous self at this point, but he’s insanely durable, he’s got solid boxing, and he will never quit. That’s why he nearly upset Leon Edwards (now the welterweight champion), because he simply was still fighting just as hard at minute 24 as he was at minute 1. Chimaev has also proven he’s tough and doesn’t quit, but 25 minutes is not 15, and “Borz” was pretty winded after a hard fight with Burns. If Diaz can draw out the same sort of scrap, only with 10 more minutes on top of it, then he might be able to find a finish in the championship rounds.

The true X-factor for this fight is whether or not Chimaev fights smart. If he does, he will win, and that’s pretty much a certainty. If he doesn’t, he may still win, but Diaz at least has a chance to pull off the upset. It’s all a question of whether the Burns fight was indicative of who Chimaev is as a fighter, or whether that was just a one-time thing.

It would be the story of the year if Nate Diaz, in his final fight in the UFC and with the chips stacked impossibly high against him, pulled off the upset of the year and left the promotion with a win here. But sadly, that seems impossible. Even the best version of Nate Diaz loses this fight, and his best years are long gone by now. I expect this to be one-way traffic from the jump, and while Diaz is incredibly tough, at some point the unstoppable force with break him, either by a cut or by his corner deciding enough is enough.