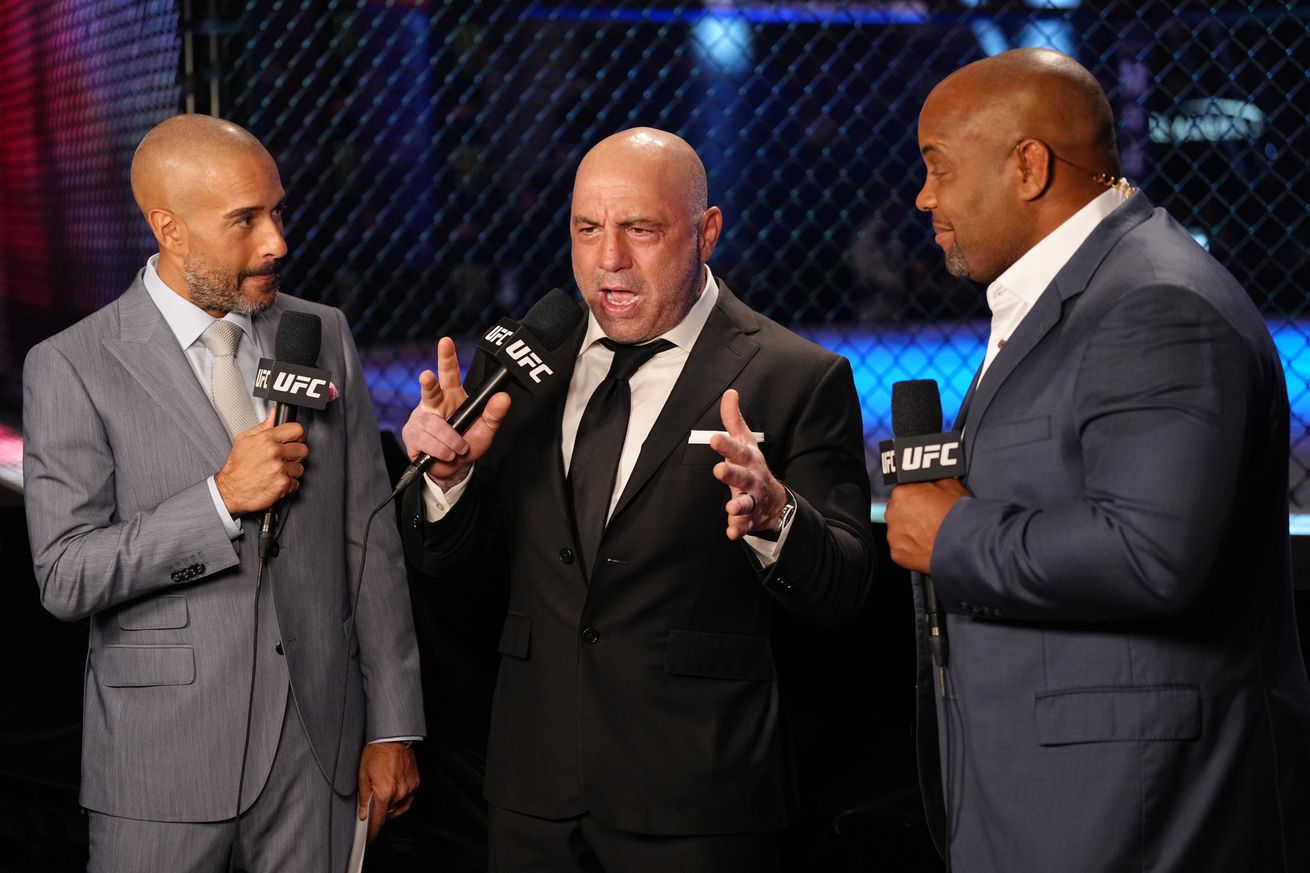 Joe Rogan will return to the broadcast booth to call the highly anticipated welterweight bout between Khamzat Chimaev and Nate Diaz.

Multiple people with knowledge of the promotion’s plans confirmed to MMA Fighting on Wednesday that Rogan will join Jon Anik and former two-division champion Daniel Cormier on the headsets for UFC 279, which takes place Saturday at the T-Mobile Arena in Las Vegas.

MMA Junkie was first to break news of broadcast team for this weekend.

The trio will call the action together for the fourth time since UFC 276 in July, and three weeks removed from the stunning ending to the main event of UFC 278 where Leon Edwards captured the welterweight title with a knockout in the fifth round against Kamaru Usman.

Additionally, Megan Olivi will serve as the roving reporter for the PPV event, which will be capped off by the scheduled five-round fight between Chimaev and Diaz, who will be competing in the final fight of his UFC contract.

UFC 279 will kick off a 6 p.m. ET with prelims streaming on ESPN+ and UFC Fight Pass before shifting over to ESPNEWS for the 8 p.m. ET preliminary slate. The main card will air at 10 p.m. ET on ESPN+ pay-per-view in the U.S.