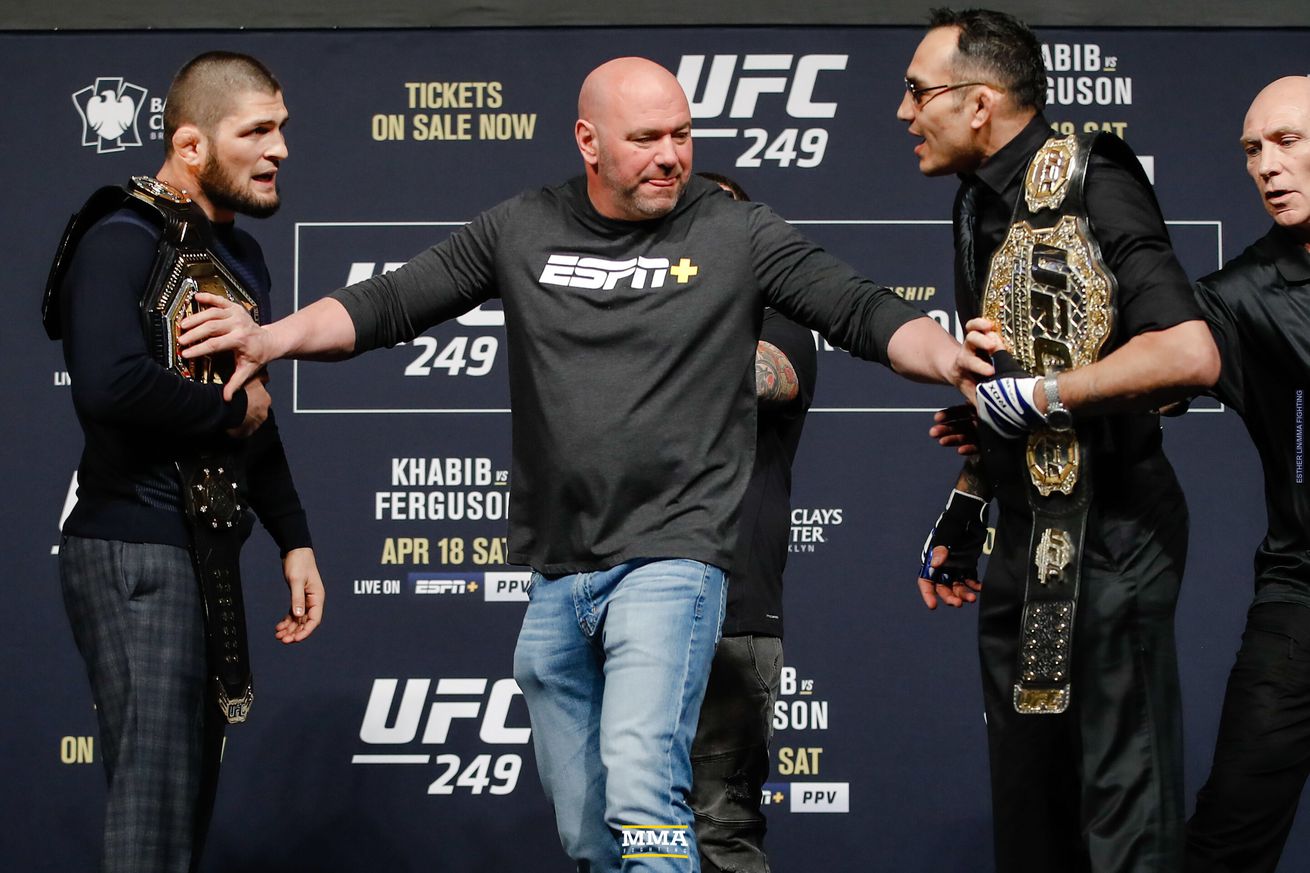 Tony Ferguson vs. Khabib Nurmagomedov might be one of the greatest fights that never happened despite the lightweights being booked against each other five separate times.

As he embarks on a return to welterweight at UFC 279, Ferguson addressed his longtime rivalry with Nurmagomedov, who retired from active competition back in 2020 after defending his lightweight title for the third consecutive time.

Despite the undefeated Russian repeatedly stating that his mixed martial arts career is behind him, Ferguson believes he’s the one person who could drag Nurmagomedov back for one more fight to settle some unfinished business.

“I am the one to get him out of retirement,” Ferguson said during UFC 279 media day. “That dude’s not retired.

A huge part of Nurmagomedov’s decision to hang up his gloves surrounded the tragic death of his father, Abdulmanap, who passed away following complications with COVID-19 just a few months prior to his son’s final fight. Following his win over Justin Gaethje at UFC 254, Nurmagomedov announced his retirement while promising his mother that he was done competing.

Since that time, Nurmagomedov has stayed very busy with his own fight promotion at Eagle FC and also transitioning into coaching full time while working with athletes such as Islam Makhachev.

Still, Ferguson is confident he could lure Nurmagomedov back but at worst he would love the chance to coach against him on a future season of The Ultimate Fighter.

In fact, UFC president Dana White has already expressed interest in having them coach the reality show and now Ferguson is just waiting for Nurmagomedov to accept the invitation.

As much as Ferguson wants to coach the show he previously won as a fighter back in 2011, he’s not so sure Nurmagomedov is on board with the idea but he certainly hopes it happens.

“He’s the one that’s scared,” Ferguson said. “Whether it’s a fight or not, we’ll go and coach and I’m sure we’ll make it entertaining.

“He’ll break before the fighters around that team and I’ve still got some good material that I haven’t used yet so I’m just waiting for that thing.”