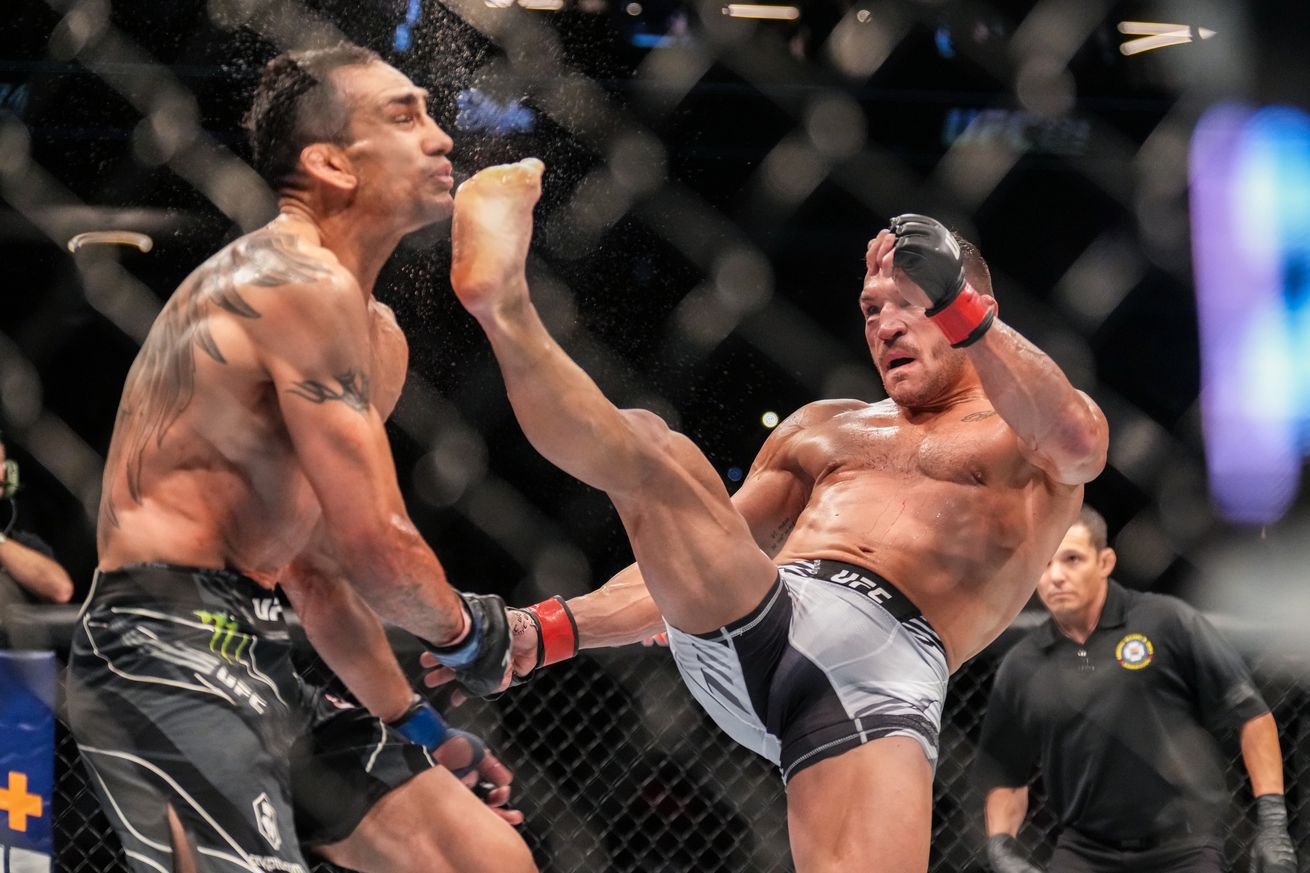 A targeted fight between Michael Chandler and Dustin Poirier is official for UFC 281.

Multiple people with knowledge of the promotion’s plans confirmed to MMA Fighting the finalization of the three-round lightweight matchup after it was initially targeted for the pay-per-view event on Nov. 12 at Madison Square Garden in New York City. ESPN.com on Wednesday reported the fight booking.

Chandler’s management team also confirmed to MMA Fighting that Chandler has signed a new multi-fight agreement with the UFC; terms of the deal were not disclosed. The former Bellator champ’s stock went through the roof with his previous performance, a second-round front-kick knockout of ex-interim champ Tony Ferguson at UFC 274.

Poirier is eight months removed from a second bid for the UFC lightweight title, which ended in a third-round submission loss to current champ Charles Oliveira. The former interim lightweight champ contemplated a move to the welterweight division before agreeing to face Chandler.

Once adamantly opposed to facing the incoming ex-Bellator champ, Poirier targeted Chandler on social media and in person. Cameras caught Poirier confronting Chandler at UFC 276 and exchanging expletives before being separated.