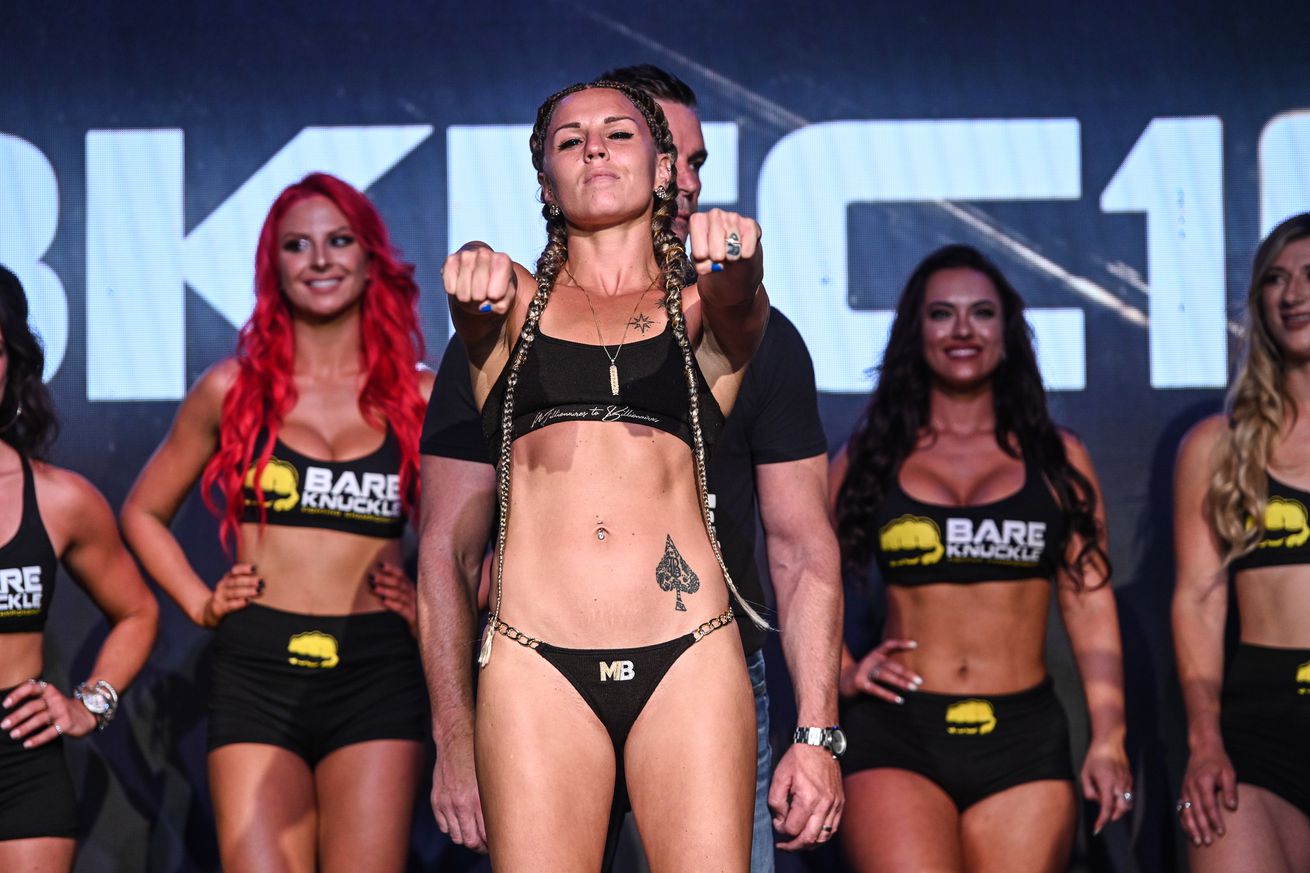 Britain Hart will face a new opponent for the inaugural strawweight title at BKFC 29 after Fani Peloumpi was forced off the card due to visa issues.

With Peloumpi out, Hart will take face bare knuckle veteran Charisa Sigala in the main event scheduled to take place in Great Falls, Mont., with the event airing on the BKFC app and FITE TV.

Sigala accepts the fight after she was originally scheduled to compete back in August at BKFC London against UFC veteran Paige VanZant. Unfortunately, the bout was pulled from the card just days before the card was scheduled to take place.

Plans were in motion to rebook Sigala against VanZant in November but now she’ll miss that fight in favor of competing to become the first 115-pound women’s champion in BKFC history.

Sigala comes into the fight with 1-2-1 record in bare-knuckle competition including a win over Jessica Link and then going to a draw against Angela Danzig in her last outing in March.

As for Hart, she’ll take a second stab at becoming a BKFC champion after falling short in her bid to win the flyweight title in a decision loss against Christine Ferea in February. Since that setback, Hart picked up a win over Bec Rawlings before BKFC decided to introduce the new strawweight title to the organization.

Overall, Hart sports a 5-3 resume in BKFC including wins over VanZant, Jenny Savage and Pearl Gonzalez.