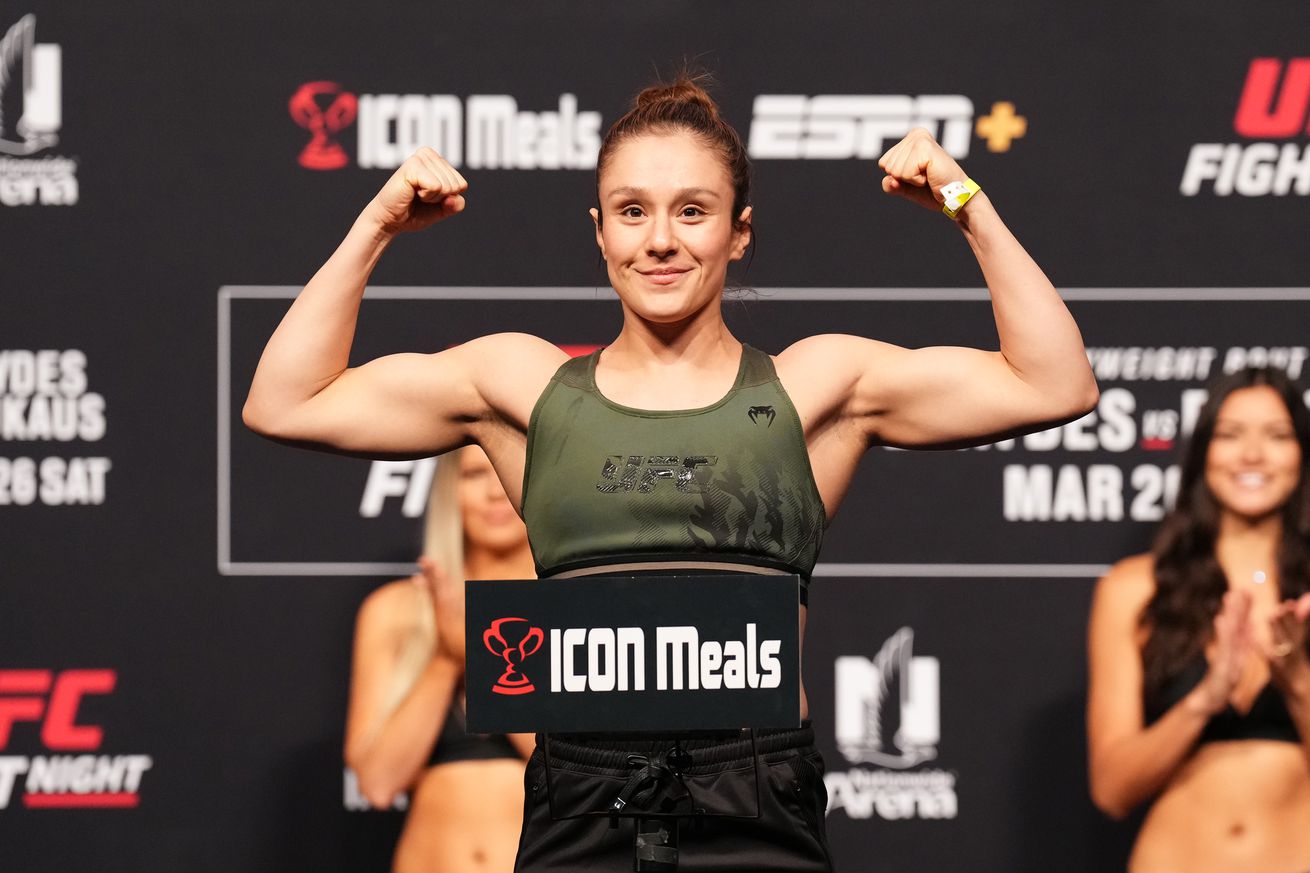 The promotion announced Thursday that a flyweight bout between Grasso (14-3) and Araujo (11-3) will now serve as the headlining bout of a UFC event on Oct. 15 at UFC APEX in Las Vegas. A middleweight bout between Jared Cannonier and Sean Strickland was originally scheduled for the Oct. 15 main event, but Strickland withdrew from the bout due to a finger infection. It is not yet known of that bout will be rescheduled or if Cannonier and Strickland will be booked against different opponents for their next outings.

Grasso is currently No. 9 at 125 pounds in MMA Fighting’s Global Rankings, with Araujo two spots behind at No. 11.

This is the third time that Grasso and Araujo have been scheduled to fight, with a Jan. 22, 2022 date at UFC 270 and an Aug. 13 date both falling through. Grasso is 3-0 since moving up to the flyweight division, most recently defeating Joanne Wood by first-round submission.

Araujo has won three of her past four fights, with unanimous decision wins over Andrea Lee, Roxanne Modafferi, and Montana De La Rosa.