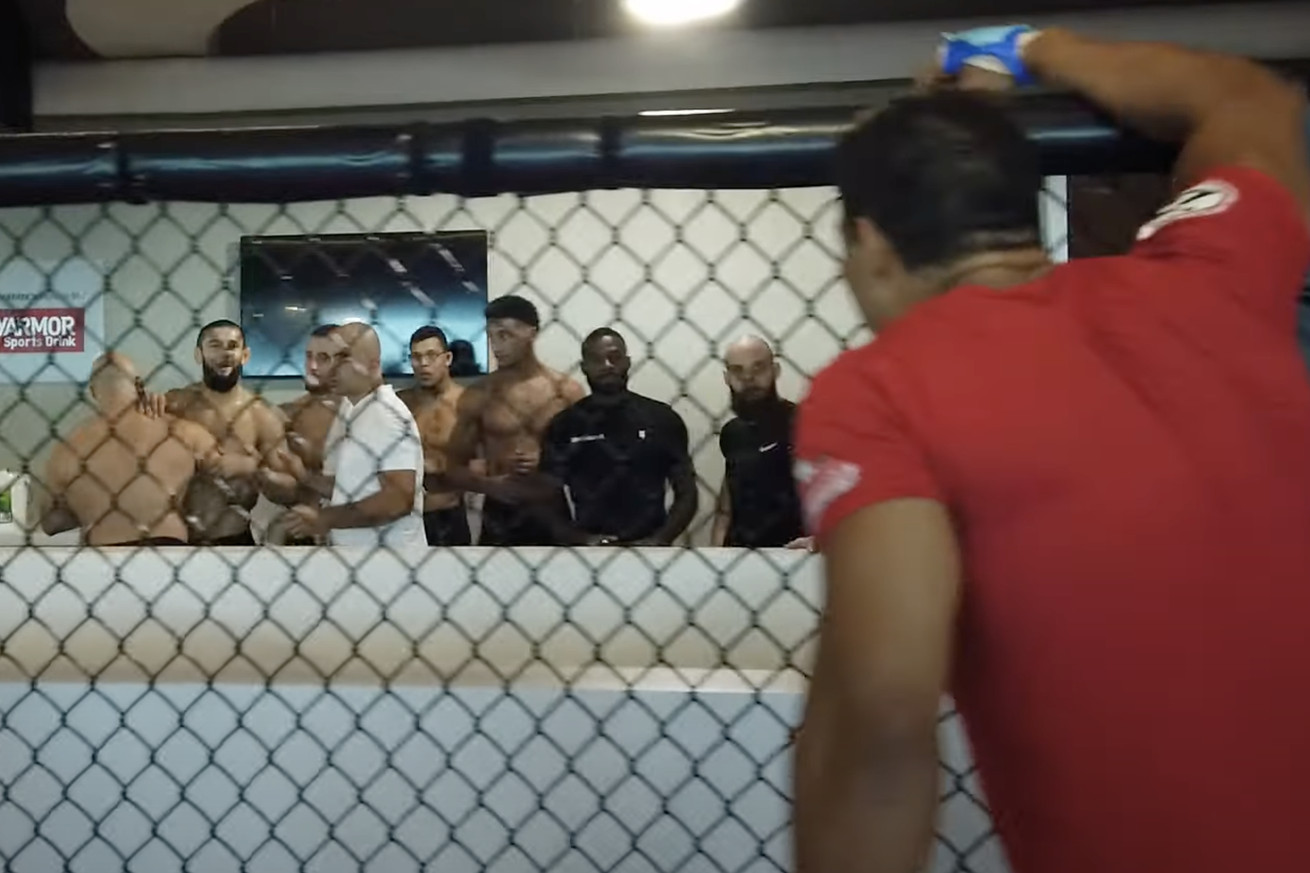 Paulo Costa and Khamzat Chimaev had to be separated after the fighters got into an altercation just days ahead of UFC 279.

The incident took place at the UFC Performance Institute in Las Vegas where Costa was training with former UFC welterweight Jake Shields in a grappling session. Chimaev and his team watched nearby before the situation got heated.

In a video posted afterward by Costa, the Brazilian showed the footage where Chimaev started talking from outside the cage where the training session was happening, which led to the confrontation.

“He froze. He said ‘OK, let’s fight now’ and his whole team go in the middle between me and him. This guy is scared. He’s scared as f***.”

The video shows Costa walking over to the cage and talking to Chimaev before eventually walking toward the doorway to confront him. That’s when Chimaev’s team pushes him back and gets in between the fighters to prevent a fight from breaking out.

Toward the end of the altercation, Chimaev can be heard shouting, “Who’s the gangster now? You’re playing like a kid now,” as his team continues to pull him away from the training area.

“Just so you know Chimaev, I don’t need to have a couple of guys with me,” Costa laughed in his response. “I’m one man. I walk alone and I can beat you alone with just one hand. You’re not enough, motherf*****.”

Another angle of the altercation emerged on Monday, which can be seen below.

Of course, Chimaev is just days away from headlining his first pay-per-view against Nate Diaz at UFC 279, while Costa is coming off an impressive win over former UFC middleweight champion Luke Rockhold at UFC 278 in August.

Whether or not these two will actually meet in the octagon one day is unknown, but Costa certainly seems ready to make it happen after Chimaev clashes with Diaz on Saturday.