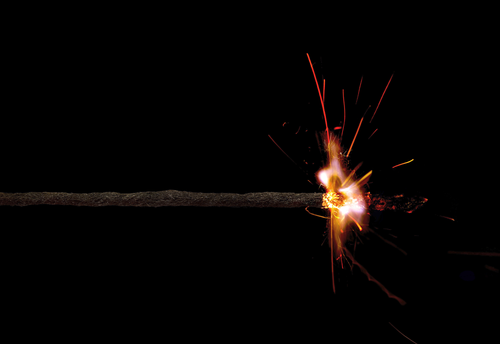 Russell Clark: Does Inflation Mean We Can Look For “Big Shorts”

By Russell Clark of the Capital Flows and Asset Markets substack,

During the just ended school holidays (halleluiah!) I had my family around to stay. Strangely, my father had never seen “The Big Short”, so after dinner we settled down to watch it. The underlying message of the little guy sticking it to the big guy is of course very satisfying, but even at the end of the Big Short, all the main characters accept the fact that bailouts were coming, and closed their positions.

And ever since, buy the dip has been the correct strategy. I made decent money in shorting material stocks from 2011 through to 2016, but the big play underlying that was a potential Chinese Yuan devaluation, which has never materialised. I had assume China would be like South Korea, and see big devaluations when growth slowed. Instead the Chinese Yuan has stayed strong and stable.

The US Federal Reserve really sets the tone for global monetary policy. And since 2018, one key commodity has been sending very deflationary signals in the US at least, and that is natural gas. But in 2022, that deflationary signal has well and truly ended. Note that the spike in 2001, coincided with the dot com bust, and 2008 spike coincided with the GFC. Prices this year, continue to surge.

This change in natural gas has made me think about “Big Short” style trades again.

When you short sell, you are looking for a structure that guarantees to put extreme financial pressure on your targets. So if you think China is going to devalue, then short Chinese companies with USD debt. If you think clearinghouses are going to blow up, short the members who need to pay more collateral. This thinking is very much in line with GFC style shorting, but has been a waste of time for the last decade. However, with natural gas prices surging, maybe it makes sense to look at the one last structure that has been yet to tested – autocallables.

Autocallables or structured products as they are known in Europe, are products mainly sold to retail investors to generate yield. A typical structure involves offering to pay a 5 to 10% yield as long as large benchmark equity index does not fall more than 50%, or rise more than 10%. If the index falls 50%, then the product changes from a yield product to a equity product, and you lose 50% of your initial capital. If the index rises 10%, the yield payments stop, and you get 100% of your capital back. Autocallables are popular globally, but the standout market in recent years has been South Korea. Despite a population of only 50 million, its autocallable market is close in size to Europe or the US. The Korean autocallable market really began to grow in the post GFC period.

While the S&P 500 has better long term returns than the KOSPI 200, returns this year have broadly speaking been inline, making this gap in volatility hard to understand.

Volatility divergences can be warning signs that Korea’s very large autocallable market could be in getting into trouble. One example is the Chinese market in 2015. Due to falling volatility in Korea, it became harder for the structurers to create products with the yield that investors wanted. Korean autocallables then began to sell products linked to HSCEI market, which had much higher implied volatility allowing higher yields. However when capital outflows fears caused Chinese markets to fall in 2015, the HSCEI fell by 50%. Even before the fall in the HSCEI, we saw a growing divergence in VHSCEI and VKOSPI in 2014, which in hindsight was a warning signal. It is noticeable a divergence is growing again this year too.

Issuance of autocallables has been strong, and there are growing divergences in volatility markets. The implication is that volatility could explode higher than people expect, and then stay there. With natural gas prices moving higher, central banks may well be constrained in their ability to bring it down, and save banks and investors that have been short volatility. I will get into more detail with future posts.