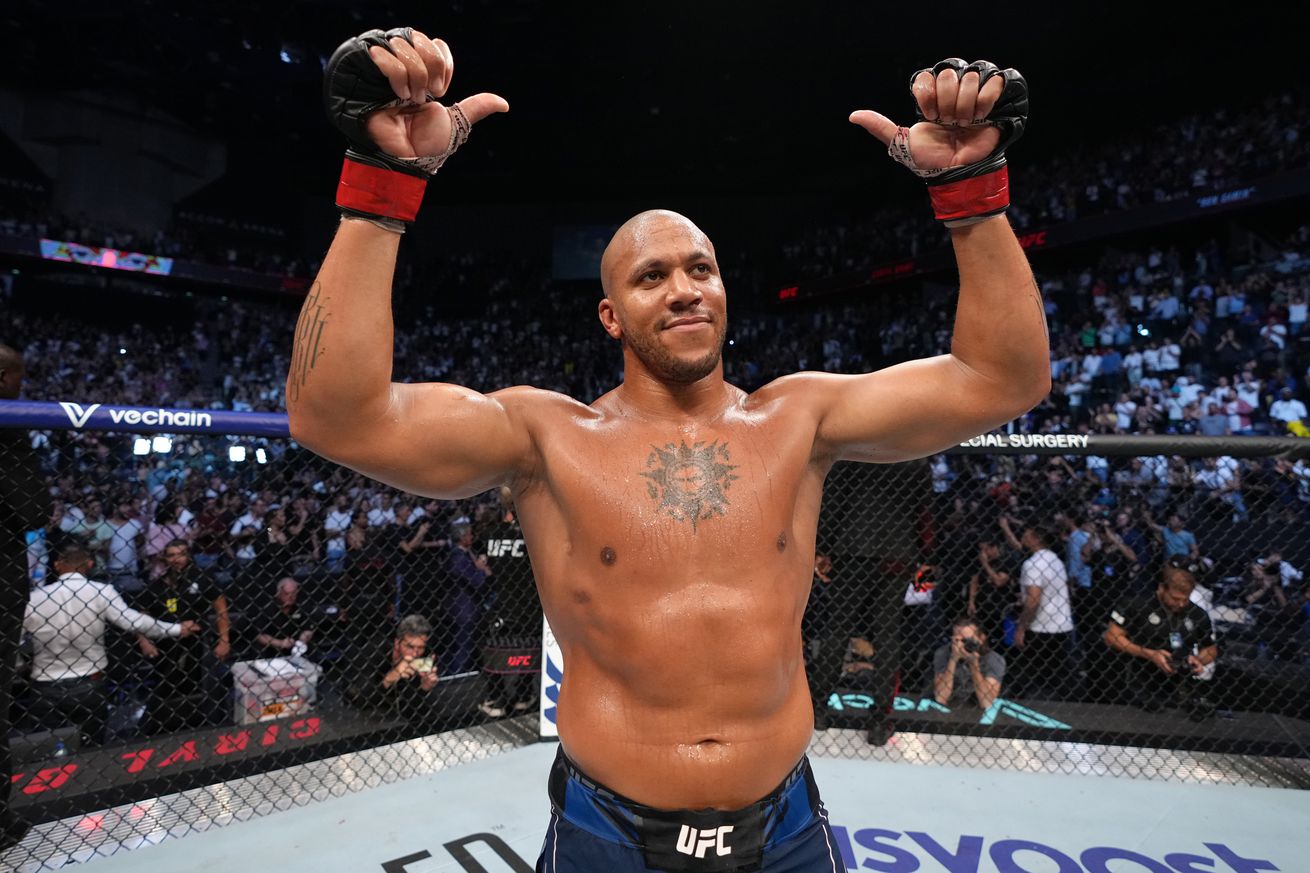 Ciryl Gane rebounded off his first career loss in about the best way possible.

The 32-year-old Frenchman solidified himself comfortably as one of the best heavyweights on Earth last year by winning the interim UFC crown against Derrick Lewis. Despite coming up short in his attempt at unifying titles against Francis Ngannou in January, Gane managed to find success throughout solid chunks of the bout, but ultimately lost a unanimous decision.

It’s been a bit of a mess atop the land of giants ever since the UFC 270 title tilt. The reoccurring names in discussion for the next crack at Ngannou have been former champions Stipe Miocic and Jon Jones with everyone else waiting to see how things shake out. For Gane, however, his win this past weekend against Tai Tuivasa in UFC Paris’ main event reminded everyone exactly how talented he is, leading Henry Cejudo — a recent training partner of Jones’ — to have some concern.

“I mean, this dude’s a threat for everybody,” Cejudo said on his YouTube channel. “I immediately texted Jon Jones like, ‘Hey, man, watch out for this dude. You have to really plan for this dude.’ Stipe Miocic who? Ciryl Gane is a big threat. I almost feel like looking at that last fight, he could be a bigger threat than Francis Ngannou for a guy like Jon Jones.”

France’s “Bon Gamin” had the pleasure of headlining the UFC’s debut in his country against his fellow top heavyweight contender Tuivasa. After a methodical opening round that saw Gane pick his shots and glide around the cage as he typically does, the action heated up immensely in round two.

Absorbing a massive punch near the cage wall, Gane went down and seemingly was on his way to losing before quickly recovering and hurting Tuivasa to the body. “Bam Bam” fired back and managed to survive, but with the onslaught continuing in round three via some flush head kicks, the knockout came shortly after when Gane connected with a nasty combination of punches.

“What I can appreciate about Gane is that he invested so much of his work to the body to eventually go up then obviously Tai is kind of trying to catch his — he’s just trying to win at the end of the day,” Cejudo said. “If you have to play possum to land a big punch, I get it, but Ciryl Gane is the real deal, man.

Discussion. UFC 279 roundtable: What’s the most Nate Diaz thing that could happen against Khamzat Chimaev? Plus more

Awareness. Luke Rockhold picks three favorite fights of his career, warns next generation not to sign with ‘managers that work for the f****** UFC’

Lost. Demetrious Johnson on the curious case of his missing UFC belts: ‘I don’t know where they’re at’

Is Gane trouble for Jones?

‘DAMN! That Was Crazy’. MMA Fighting’s Jed Meshew, Shaheen Al-Shatti, and Alexander K. Lee are joined by Greg Jackson to look back at UFC 151’s cancellation.

On To the Next One. MMA Fighting’s Mike Heck and Alexander K. Lee discuss what should be next for the big winners from UFC Paris.

“My relationship with Scott Colton ended long before I paid all of his bills… we discovered he shared a bank account w/ his mother.”- CM Punk on Colt Cabana.https://t.co/tzgbj7ddrf pic.twitter.com/e3mFy2qp2m

Gone but not forgotten.

Evan died in the desert 14 years ago today. This was his last adventure in a short life that was filled with them.

I don’t think I’ve been more excited for a female match up in my life in boxing. Taylor v Serrano I was too nervous for. But this, I cannot wait. Have a great fight week girls @Savmarshall1 & @Claressashields put on for the next generation of young ladies watching!

There we have it.

I can beat Whittaker and gourmet Chen Chen chimaev at same round by de way pic.twitter.com/964mV5jGuO

The scariest fighter in the fuc# World pic.twitter.com/Hcu0rBKviz

Finally someone who doesn’t look like a toddler when I interview them @francis_ngannou pic.twitter.com/gvPK8VR5c6

I’ve said it several times now, but I won’t be sold on Jones fighting at heavyweight until an official announcement is made. Even then, I don’t see him beating any of these top guys. I also hate to do it, but I may have to lean towards MMA math with these possible matchups.

Wednesday: 67% of 726 total votes answered “Kamaru Usman” when asked, “Who is your early lean in a Leon Edwards vs. Usman trilogy?”

Tuesday: 60% of 621 total votes answered “No” when asked, “Will Edwards vs. Jorge Masvidal ever happen?”