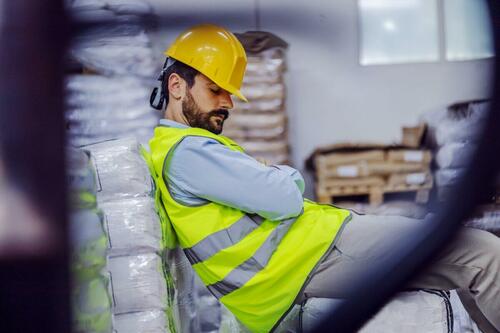 Authored by Anne Johnson via The Epoch Times,

Some call it “quiet quitting,” and some call it “ghost quitting.” But this phenomenon is decreasing productivity, whatever the vernacular in your area. And most managers or business owners may not even realize their employees are doing this.

Managers have been focused on the “Great Resignation.” Losing employees hurts productivity. But there’s another kind of quitting that may not be as disruptive, but still hurts businesses. What is quiet quitting, and how can you, as a business owner, stop it?

Quiet quitting is when a worker checks out mentally. They aren’t engaged with their work. People would have called them slackers or coasters in the past, but now it’s become a trend.

Employee engagement has declined for the first time in 10 years. In a 2021 Gallup poll, based on a random sample of 57,022 full- and part-time employees, just over one-third were engaged with their job.

These employees don’t actually quit – they just don’t actively do the job. They are the ones who come in late and leave early. Quiet quitters don’t work late. These workers do the bare minimum. They’re not going to volunteer for extra projects or pick up the slack if someone’s out sick.

They get the job done, so there might be not enough cause to let them go. But they’re not contributing to the company’s overall success.

Disengaged millennials in the United States are also leading the charge to quiet quitting. And there are several motivating factors for this.

One byproduct of the pandemic shutdown is a worker’s desire for work–life balance. People no longer want to put in 12-hour days. Family and leisure time became just as or more important than work. Corporate America’s up-or-out philosophy doesn’t mean anything to these workers. And they prove it by doing only the bare minimum.

With a low national unemployment rate of 3.6 percent in July 2022, the competition for hiring employees is high among businesses. Workers know this is a strong labor market that favors them. They may not be putting much effort into their jobs, but at least they’re somewhat filling a potential void.

The perception that hard work doesn’t matter permeates the thoughts of many employees. As a result, some workers found in the past that taking the initiative usually only earned them a “meets expectations” default on their annual review.

So, instead of going beyond the call of duty with projects and tasks, they just coast along for the ride between paychecks.

The feeling has become that by doing the minimum, “meets expectations” can still be earned on their review. These workers feel despite their job performance, they’ll still receive the standard cost-of-living raise.

They just sit back and cruise in the job to build a resume until the next job appears.

How to Deal With Quiet Quitting

Many businesses are caught in the quiet quitting conundrum. Of course, they need the employees, but mediocre work is becoming the norm.

The first step to dealing with quiet quitting is to know who is doing it. Identify these workers and discover what makes them tick.

More pizza parties and team building don’t seem to work as they did in the past. Disengaged workers are looking for managers and business owners to respond to their needs. The overlooked employee is sometimes motivated more by a pat on the back than monetary incentives.

When a worker is overlooked, a sense of isolation occurs. The thought Who’s going to notice if I don’t put forth the effort? envelops the employee. This leads to quiet quitting.

The lure of career development is often a significant motivating factor. Giving an employee control when it comes to their career path helps deter quiet quitting.

Communication may seem cliché, but it’s vital for the manager to listen to the employee and open up a healthy, constructive discussion.

One technique that many businesses are using is a “stay interview.” The employer asks and discovers what motivates the employee through a series of questions and discussions. It’s a way to find out the employee’s needs before an exit interview is needed.

Some questions include what the employee likes and doesn’t like about the workplace. Find out what talents the employee has that aren’t being utilized. Discover how you, as a manager, can support the employee in accomplishing his or her job and career goals.

Be careful not to be come across as defensive; this is a time for honest discussion, not confrontation. Once finished, take the opportunity to respond to the employee’s concerns through helpful changes or reinforcement.

Working Together to Stop Quiet Quitting

The quiet quitting movement may be frustrating. Managers often know there’s something wrong, but can’t put their finger on it. So make it a point to identify quiet quitters.

It may feel like the manager is now working for the employee or that the business owner is being held hostage. But it doesn’t need to be that way. Instead of working for a manager, have the quiet quitter feel like they’re working with the manager to meet the company’s objectives.