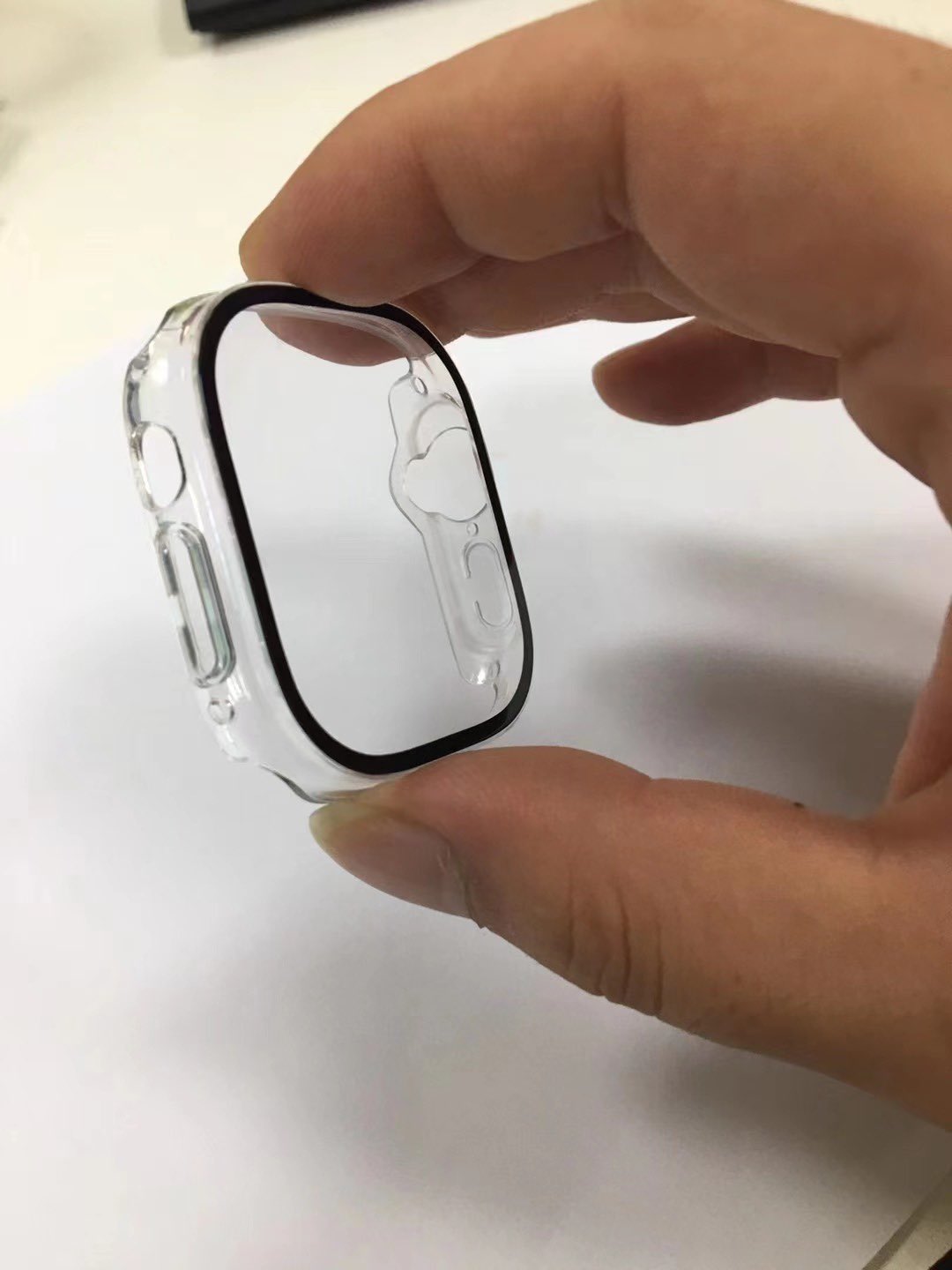 According to Bloomberg reporter Mark Gurman, the Apple Watch Pro will debut with an all-new design that’s a reworking of the form factor Apple first introduced with the Series 4 in 2018. Today, new leaks out of China allegedly give us a better idea of the rugged new Pro model ahead of time.

Two images, one tweeted by leaker Sonny Dickson (above), the other posted to Weibo by user UnclePan (below), both of whom have shared accurate information in the past, purport to show accessory cases for the forthcoming ‌Apple Watch Pro‌.

UnclePan notes in his post that the “Pro is not square in the traditional sense, but a new form factor,” and the casings do indeed hint that the main body of the watch will be rounded, while the upper rim of the chassis that meets the display will be flat and potentially sit flush with a flatter screen than the Series 7 model, possibly to provide better all-round protection against impacts.

There are also several cutouts suggesting larger, more protruding Digital Crown and Side buttons on the right, paired on the left with what appear to be larger-than-usual individual openings – one round, one pill-shaped – where the device’s thin speaker slats are usually located. Whether these are to accommodate a new speaker design or additional physical buttons is unclear.

Prior to the release of the Apple Watch Series 7, multiple rumors suggested Apple was working on a refreshed design with flat edges similar to the flat edges of the iPhone 13 and iPad Pro, but that didn’t end up happening. Rumors now suggest that the ‌Apple Watch Pro‌ could feature a similar sort of design with a flat display, but the device is not expected to get flat edges.

The new ‌Apple Watch Pro‌ is said to have a noticeably larger display on which users will be able to view more fitness and health-tracking data at the same time. The Pro model will also feature redesigned watch faces and a new low-power mode, according to Gurman.

The display is said to measure in at almost two inches diagonally, which is larger than the 1.9-inch diagonal screen size of the current ‌Apple Watch Series 7‌ and the planned ‌Apple Watch Series 8‌. It is also expected to include a more shatter-resistant screen and have a larger battery to accommodate longer workout times.

Apple is expected to announce the iPhone 14 lineup during a special event at Steve Jobs Theater on Wednesday. Alongside the new iPhones and Apple Watch models, Apple is also said to be unveiling new AirPods Pro earbuds.