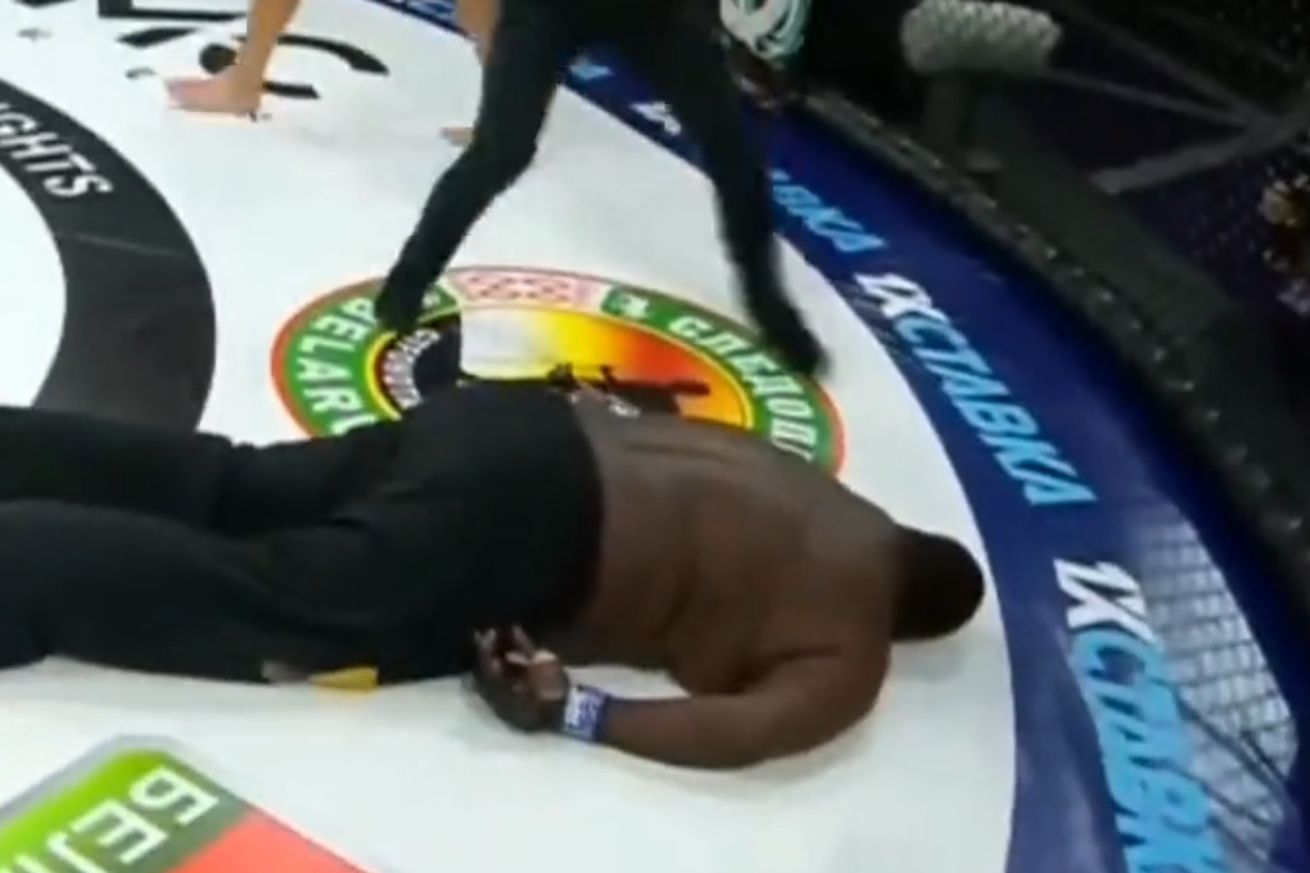 The latest chapter of the Zuluzinho saga is one his fans will likely want to forget.

“Zulu” suffered one of the year’s most brutal knockouts Saturday at an AMC Fight Nights Global event in Minsk, Belarus, moments after he had the advantage on the ground against main event opponent Petr Romankevich, gaining mount position.

Unfortunately for Zuluzinho, the referee inexplicably stood the fighters up, and Romankevich capitalized with a head kick, punches, and a knee that sent veteran heavyweight crashing face-first to the canvas.

Watch the ugly finish above.

It’s unclear what prompted the referee to reset the fighters on the feet; Zuluzinho was clearly attacking Romankevich for an arm submission attempt, but the decision proved to be the beginning of the end. It’s possible the referee was acting under recently revised rules by AMC President Kamil Hajiyev, which allow for referees to stand the fighters up after one minute of ground fighting.

See the finish in slow motion below.

Holy shit that was bad pic.twitter.com/OudfTvvfgE

Zuluzinho is now 0-2 fighting for the Russia-based promotion. The 44-year-old’s AMC debut in February 2021 was just as memorable as he prematurely celebrated what he thought was a knockout win before going on to lose a unanimous decision to Yusup Shuaev. It was yet another odd moment in the one-of-a-kind career of Zuluzinho, which includes fights in the now-defunct PRIDE organization against Fedor Emelianenko and Antonio Rodrigo Nogueira.