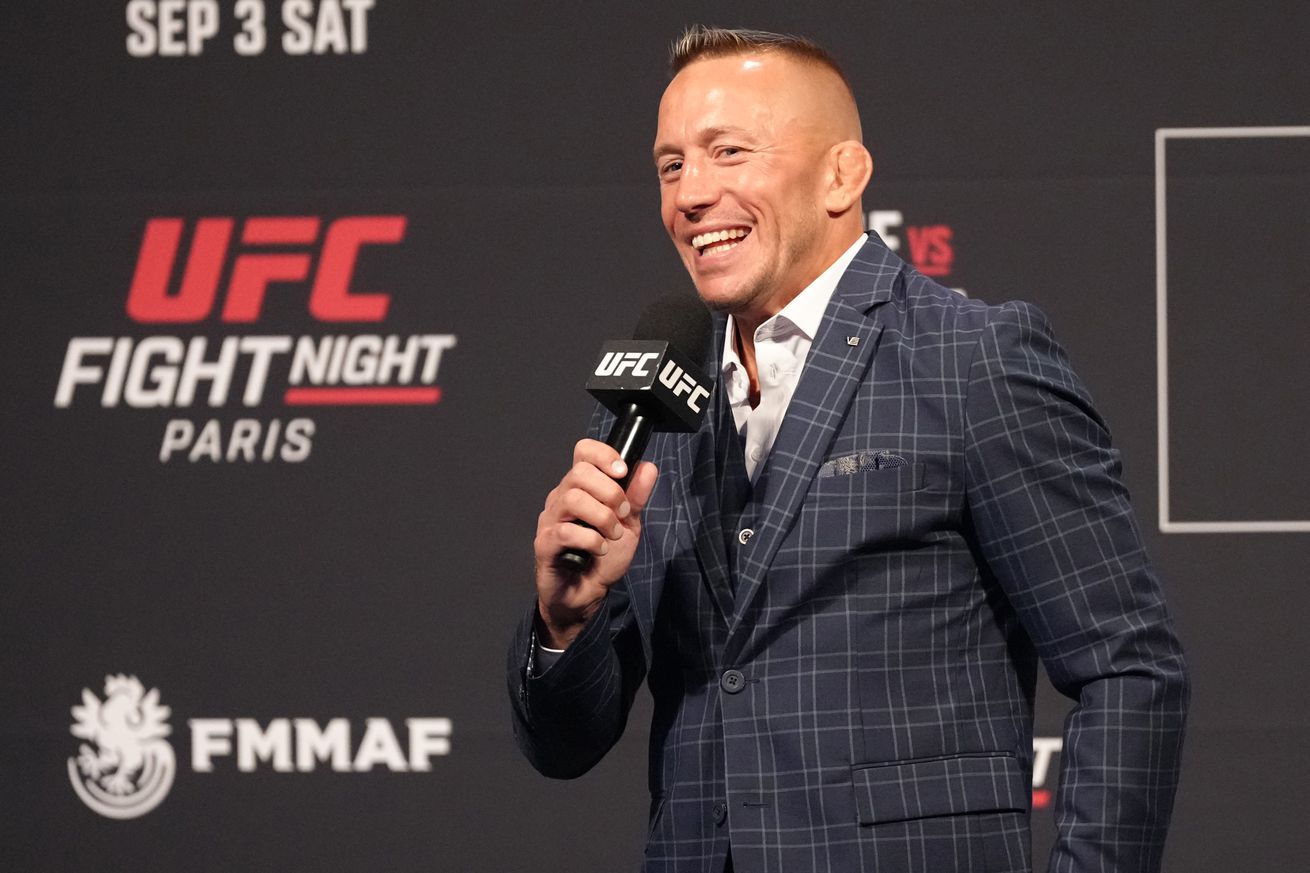 With the 170-pound division set to take center stage at UFC 279, the UFC Hall of Famer and former two-division champion was asked to give his take on Khamzat Chimaev’s headlining battle against Nate Diaz. And St-Pierre expects to see the best version of Chimaev yet.

“This fight is at welterweight, the odds will be toward Chimaev. I think it favors him because of that,” St-Pierre said over the weekend at a UFC Paris fan Q&A.

“However, Nate Diaz, you can’t ever count him out. He’s very well-rounded, he’s very durable, and it will take a lot to try and put him away. But Khamzat, it’s going to be a tough challenge because he only went the distance in his last fight, I believe, and I think he grew incredibly from that fight, he learned a lot. So I think we’re going to see a better version of Khamzat, still better than what he was. So it’s going to be an interesting fight.”

Chimaev (11-0) has taken the UFC by storm with ferocious victories in each of his first five octagon bouts. The 28-year-old fighter cemented his place in welterweight title contention in April with a gritty back-and-forth win over Gilbert Burns at UFC 273. The performance vaulted Chimaev up to the No. 3 spot on MMA Fighting’s welterweight rankings — and it turned St-Pierre into a believer about the potential of the Chechen-born contender.

“Khamzat is very good,” St-Pierre said. “He’s got all the skills and he showcased incredible durability and great mental strength in his last fight when he fought Gilbert Burns, because he was pushed to the limit. That’s when you recognize a true warrior, a true champion [compared] to a contender. When he faced those moments of adversity — some collapse, but some push through and succeed — he proved it in his last fight. He’s very, very good.”

On the other side is Diaz. While the 37-year-old Stockton native is more than a 7-to-1 underdog against Chimaev, he’s also been known to pull a rabbit out of his hat at various times in his career. Diaz’s dramatic comeback victory over Conor McGregor at UFC 196 changed the trajectory of his career forever, and he nearly pulled off the same magic in June 2021 when he badly hurt Leon Edwards in the final minutes of a 25-minute bout.

That resilience gives St-Pierre pause about counting out Diaz completely.

“Nate Diaz did a great performance when he fought Leon Edwards,” St-Pierre said. “He was losing the fight but he finished very strong, he rocked Leon Edwards and he had a very strong finish. And it proves to us once again that it’s never over until it’s over and anything can happen. And then we saw what happened the other last weekend [with Edwards and Kamaru Usman at UFC 278] … so anything can happen in this game.

“But if I would have to bet on that fight,” St-Pierre added, “of course I have to go with the odds and favor Khamzat Chimaev.”