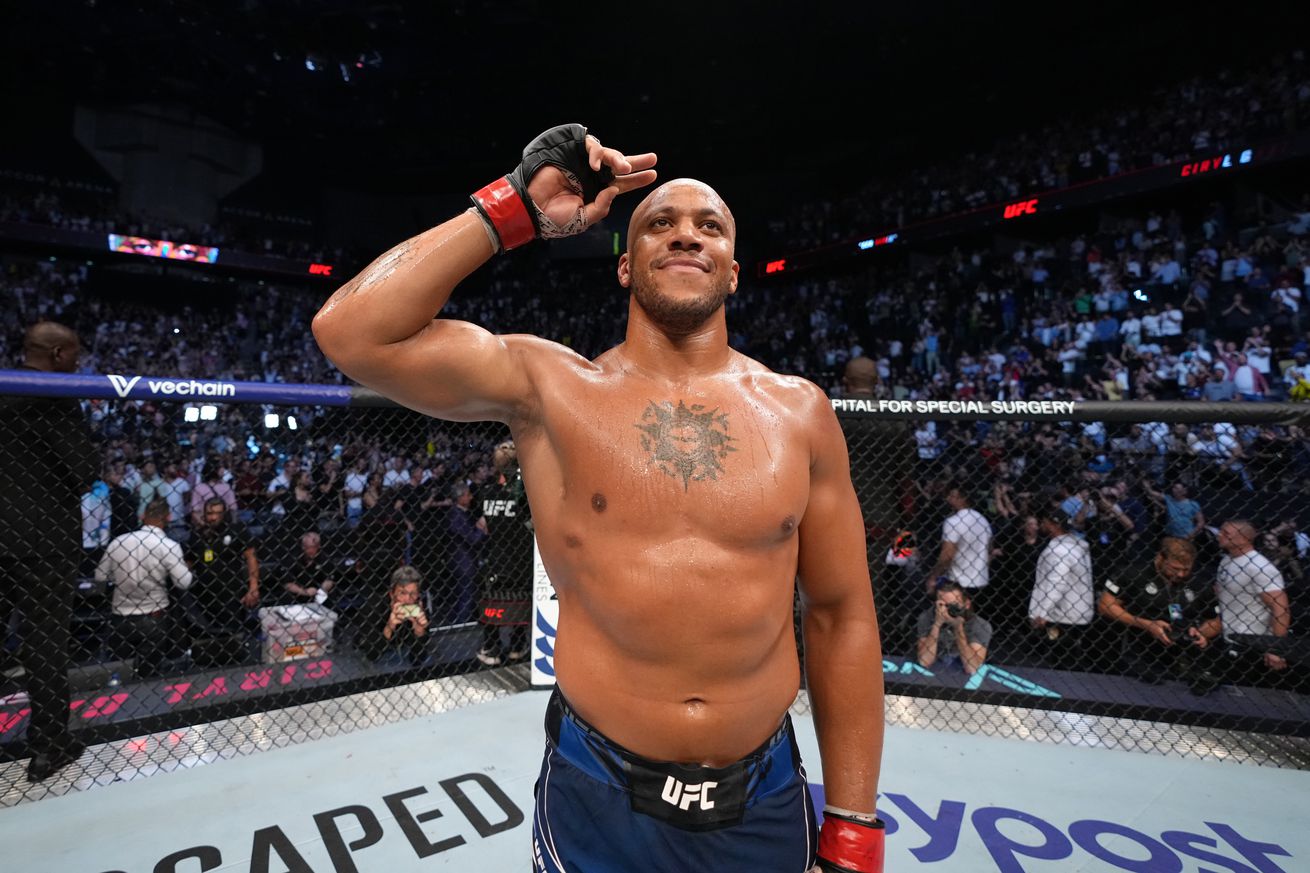 Following a devastating knockout of Tai Tuivasa in the UFC Paris main event, Gane addressed his future with Francis Ngannou sidelined due to injury, Jon Jones waiting on his first heavyweight fight and Stipe Miocic still out of action.

While he’s never been big on calling out opponents, the 32-year-old French fighter admits welcoming somebody like Jones to heavyweight would be an ideal situation, especially considering the attention a fight of that magnitude would draw.

“I don’t know what’s going to happen exactly. People talk about Stipe [Miocic] against Jones, but I’m here. I’m here. I don’t have a good answer [about who is next but] – maybe Jon Jones for the hype, for the money.”

Jones has teased his return for several months, though his most recent appearance in the cage took place more than two years ago when he defended the UFC light heavyweight title in February 2020.

Since that time, Jones has bulked up for his heavyweight debut. Rumors have swirled that his return could come against former champion Miocic with an interim title on the line, or perhaps he could wait until early 2023, when Ngannou is healthy enough to compete again.

While he’s already been an interim champion, Gane isn’t opposed to taking that challenge again, especially with so much uncertainty surrounding Ngannou due to his injury as well as his ongoing contract situation with the UFC; Ngannou has said he will be a free agent at the end of the year.

Gane fell to Ngannou by decision when they met back in January, but he would love the chance for a rematch, which is virtually guaranteed if he wins the interim title again.

“I understand the UFC needs to manage this situation. [Ngannou] has a big injury, a big surgery so I understand if I’m going to be waiting for a long time, yes, I’m OK with an interim title. This would put me on the line for the belt.”

The only other viable option for Gane appears to be fellow heavyweight contender Curtis Blaydes, who tweeted “I got next” as soon as the UFC Paris main event ended.

While he’s never been in the business of turning down opponents, Gane said Blaydes isn’t a high priority right now — at least not as long as potential matchups against Jones, Miocic or Ngannou are still available.