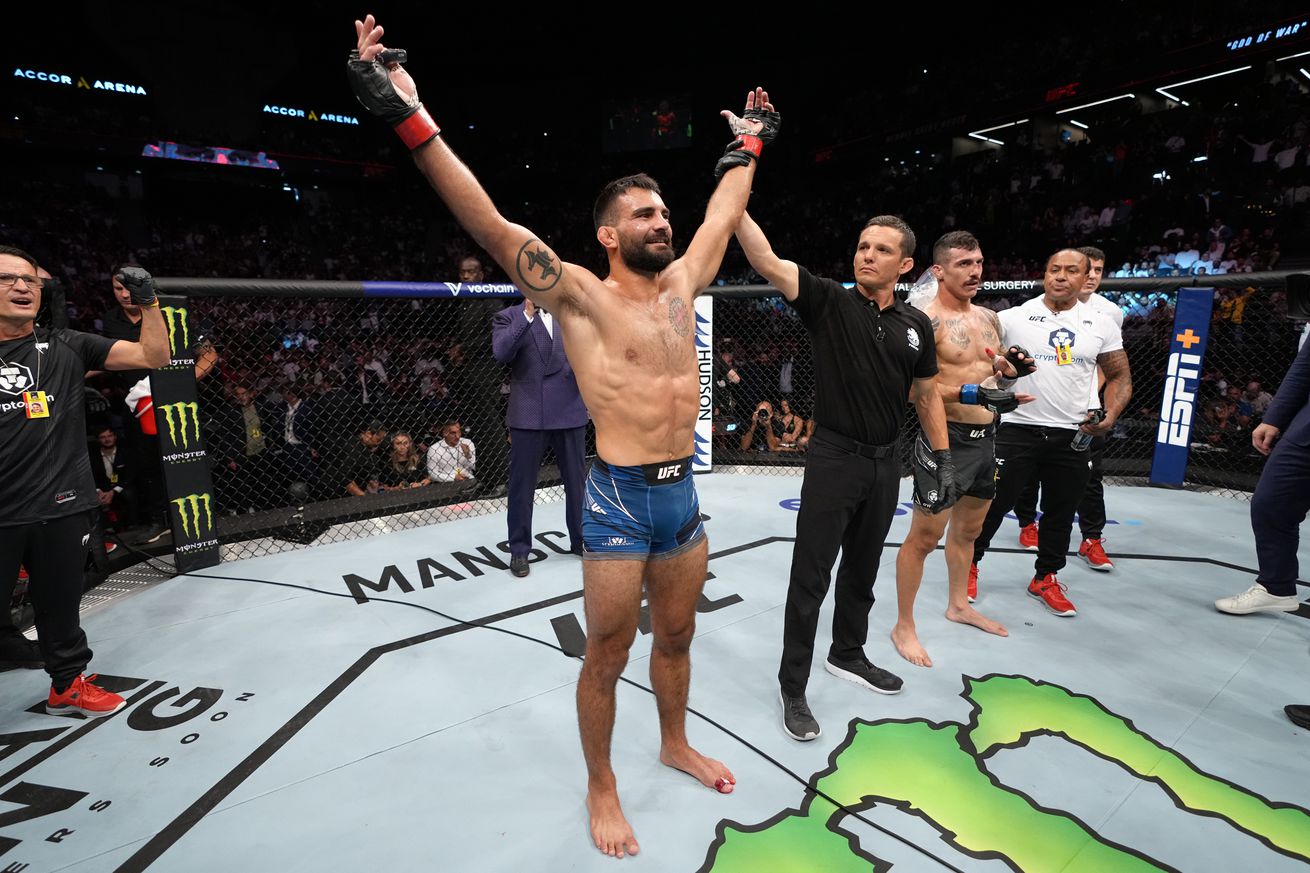 Cameras showed UFC lightweight Benoit Saint Denis celebrating at UFC Paris. Then they panned down and revealed the gruesome aftermath of his win.

Saint Denis’ big toe was a bloody mess after his bonus-winning knockout of Gabriel Miranda on Saturday, and the France native said it could have been much worse.

“After a couple of kicks, it split in two, almost,” Saint Denis told reporters after the event at Accor Arena. “It’s just the fight game. You never have a perfect preparation. There are always small injuries. It’s a part of life for athletes, so now, I will take time to heal it up.”

Check out a closeup of the injury revealed during the ESPN post-fight show, and for those who are squeamish, you’ve been warned.

The injury, which Saint Denis said he first suffered before his previous fight against Niklas Stolze, made training camp for that fight doubly hard.

“I could not lift my toe any more, but I wanted to fight,” he said. “We did no surgery. It was OK, I just had a lot of times where my toe was going into the ground. It injured me a little bit, so I had to train with shoes.

“Just after the fight with Niklas, I got surgery, but six weeks without any sports, I had only three weeks to prepare for this fight. It was the best and hardest camp I ever had, because obviously, three weeks, the first two weeks you feel like s***, because you haven’t trained for a long time. The last week, I was starting to feel great, but the toe was a bit open.”

Saint Denis reasoned it was only 15 minutes, and what could go wrong from there? As it turned out, quite a lot. But he was still able to jump onto the cage in celebration after stopping Miranda early, and a $50,000 bonus check for “Performance of the Night” undoubtedly eased the sting.

To add to that, Saint Denis got married just before the fight. A little honeymoon limp shouldn’t hurt too much.

Check out the full interview above of Saint Denis after his UFC Paris win, courtesy of MMA Crazy.