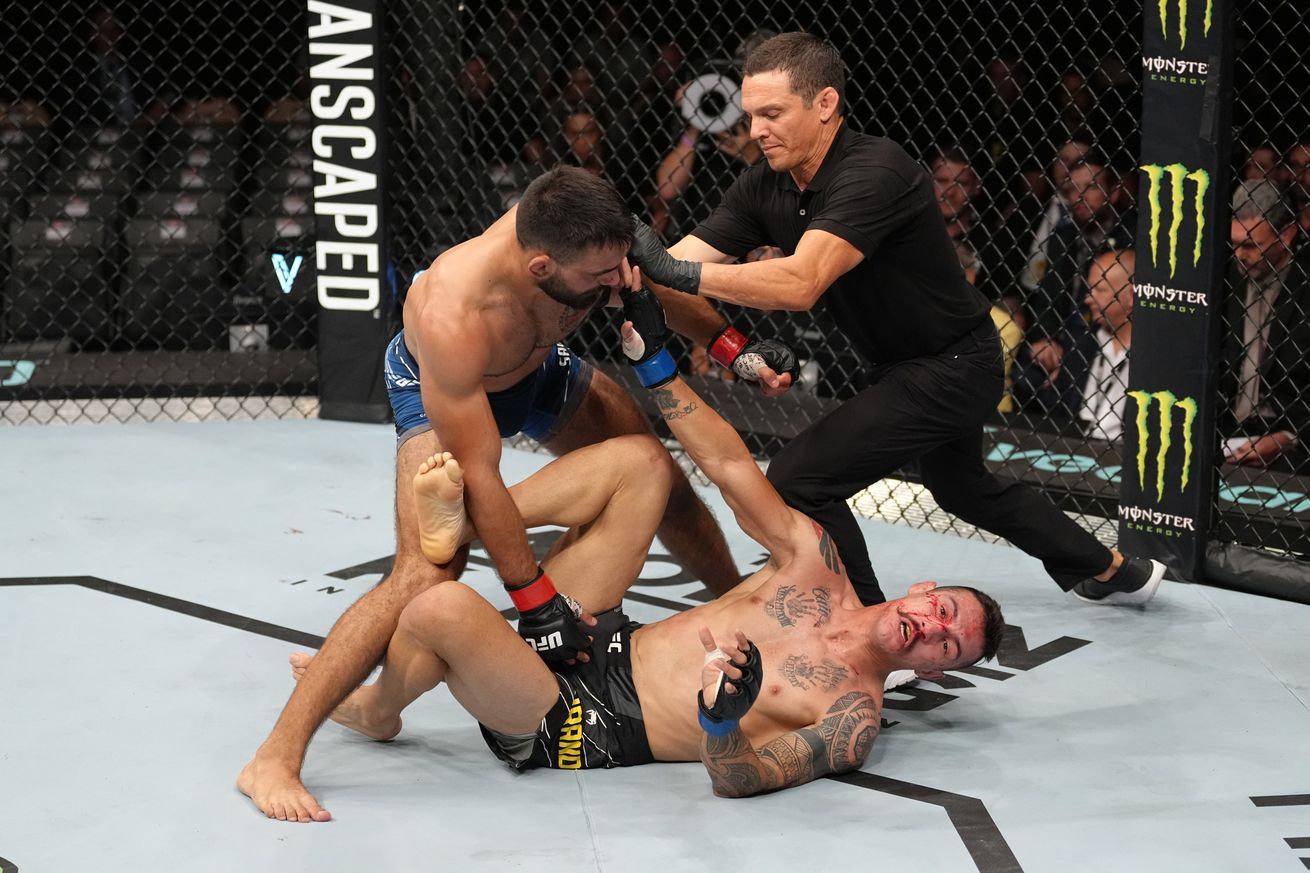 Benoit Saint Denis was the first local fighter to compete at UFC Paris, and he made sure to deliver for his hometown crowd.

Saint Denis took on debuting fighter Gabriel Miranda on the preliminary card of Saturday’s event at Accor Arena. “God of War” nearly got Miranda out of there in the first round before the horn sounded. But as soon as the action kicked back off in the second, Saint Denis continued the onslaught, dropping Miranda for the third time in the fight before pouncing for the TKO finish 16 seconds into the middle frame.

Check out video of Saint Denis’ stoppage win below:

The bout began with both fighters having success on the feet during some fun exchanges in the opening round — including Saint Denis landing a beautifully timed spinning back fist. As the stanza progressed, Saint Denis started to score big, dropping Miranda twice and nearly closing the show at the end of the first — likely a 10-8 round for the hometown lightweight.

Saint Denis now has won two straight finishes inside the octagon. In the process, he put an end to Miranda’s three-fight winning streak.