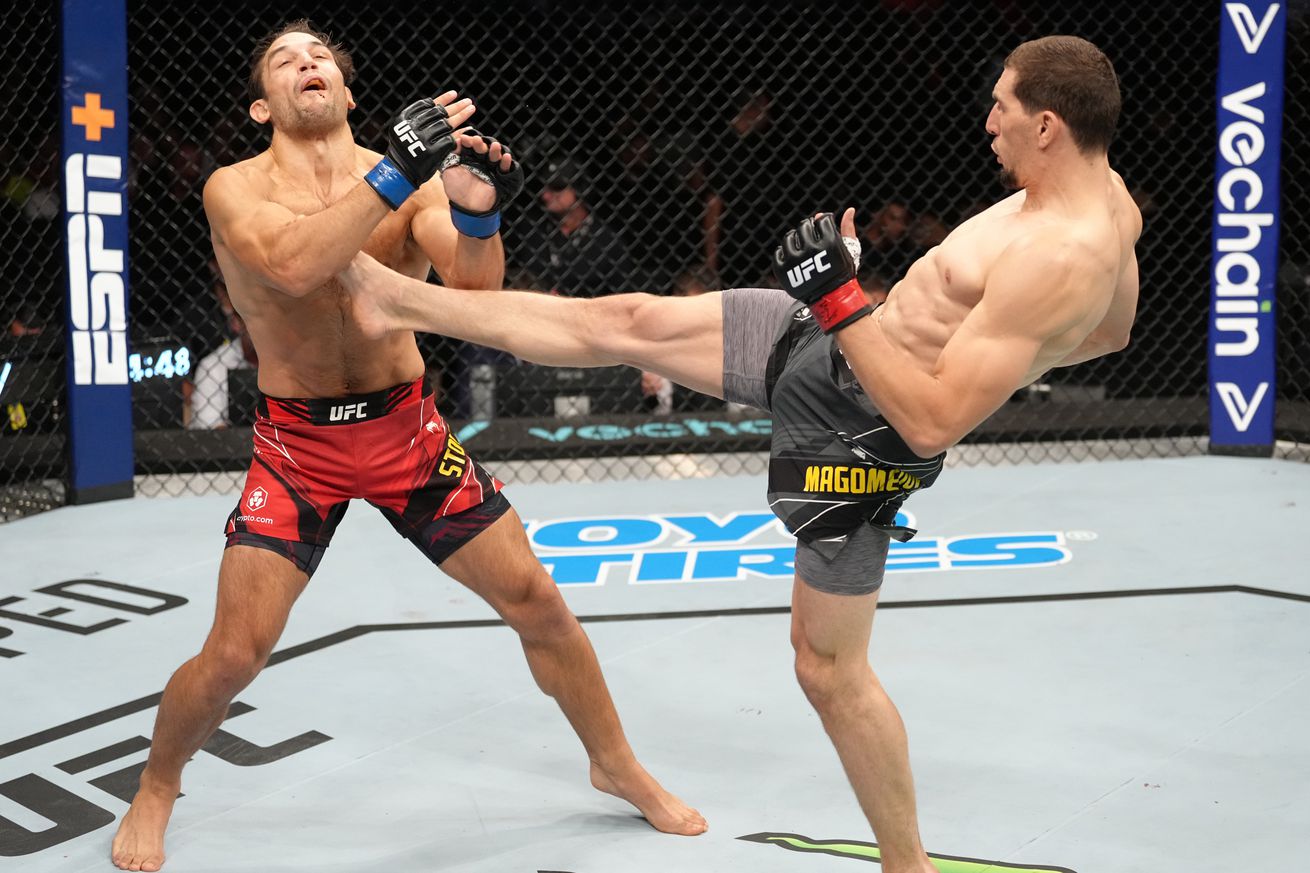 Abus Magomedov waited a long time to get his first UFC fight. He didn’t wait long to finish it.

The debuting middleweight landed an incredible front kick that led to a 19-second knockout of Dustin Stoltzfus in the featured preliminary bout of UFC Paris on Saturday. According to the broadcast, it was the fourth-fastest debut by a fighter in the history of the UFC’s 185-pound division.

Watch the quick TKO above.

The end came shortly after Magomedov’s high kick landed cleanly on Stoltzfus’ face and he followed up with hard punches against the fence before referee Loic Pora stepped in for the stoppage.

Magomedov was originally supposed to make his first octagon appearance this past December, but he has been forced to withdraw from his previous two UFC bookings. Saturday’s bout almost didn’t happen either, as originally scheduled opponent Makhmud Muradov withdrew, but Stoltzfus stepped up on short notice to save the fight.

This is the third straight win for Magomedov (25-4-1), who is unbeaten in 11 of his past 12 outings. He previously competed for KSW and was a 2018 PFL middleweight tournament finalist.

Stoltzfus (14-5) falls to 1-4 in the UFC after picking up his first win in the promotion this past July when he defeated Dwight Grant by unanimous decision.